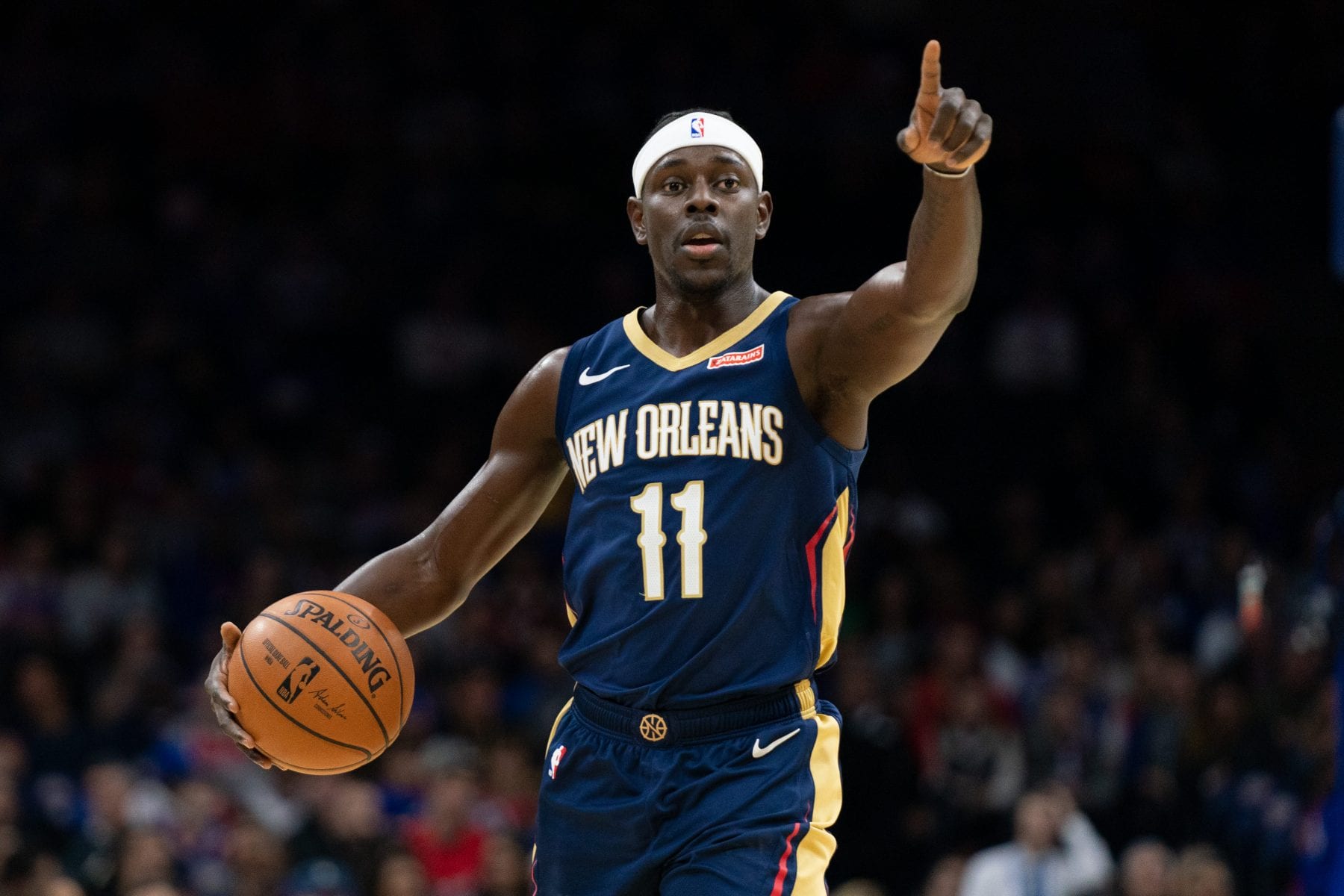 With the hiring of Stan Van Gundy, it looked like the Pelicans were more inclined to go into a more win now mind set, having young studs Zion Williamson and recent Most Improved Player of the Year Brandon Ingram.

According to The Athletic’s Shams Charania, not only are the Pelicans open to trading Holiday, but they are also in talks with several teams.

The veteran point guard could prove to be a big help for contending teams looking to call New Orleans.

In fact, Holiday is a versatile point guard who can play both guard positions, can defend on-ball exceptionally well, and had averages of 19.1 points and 6.7 assists a game while shooting 35.3 percent from three last season.

For this season he is owed $26.2 million and has a player option for next season where he will be owed $27 million.

He may choose to opt out of the player option in search of longer contract with more security.

One team that tried to get him at last season’s trade deadline and may aggressively move in this offseason is the Denver Nuggets.

Other teams where he could be extremely useful are the Brooklyn Nets as a third star, the Milwaukee Bucks as the playmaker they desperately lack, and the Los Angeles Clippers also as a playmaker.

Jrue Holiday’s services could also prove to be useful with the Lakers, Mavericks, and Timberwolves.

Another team that made a run at him this past trade deadline that could also make another run at him is the Miami Heat.

However, to get Holiday down to South Beach the Heat would likely have to part with rookie star Tyler Herro.

There is no shortage of suitors for Holiday, but whichever team does land him it could cost some of their 2021 cap space to retain him.

It will be interesting to see what the Pelicans ask for in return should they ultimately decide to deal away Holiday.

Both Holiday and the New Orleans Pelicans have been extremely loyal to one another, especially when he and wife Lauren Holiday went through a challenging birth of his child a few years ago.

While it may be sad to see Jrue Holiday in another uniform, this could be best for both parties as Holiday could compete for a title now and the Pelicans could look to the long term future.