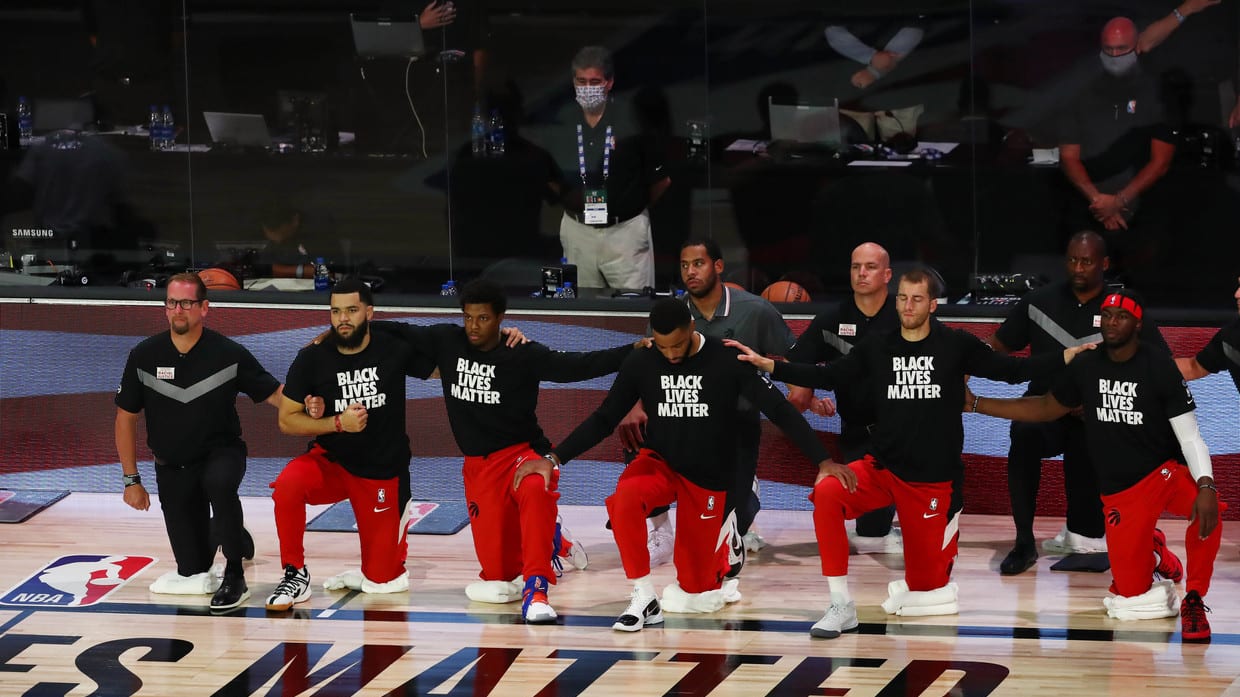 As NBA officials plan out the logistics of next season during the ongoing COVID-19 pandemic, multiple civil rights groups in Kansas City are warning the league against using their city as a temporary home for the Toronto Raptors.

While having the NBA choose Kansas City as a home for the Toronto Raptors would be a huge honor, and excite NBA fans in Kansas City, as you understand, there are some issues which supersede fun and economic interests,” they wrote, in part. “The protection of Black lives remains our most pressing concern … Although Kansas City is a great sports city, it is also a city where law enforcement has demonstrated extreme hostility and excessive force towards Black people.

The Raptors are expected to relocate to the US in lieu of international travel restrictions between the states and Canada.

Kansas City, along with Louisville, is being considered as a temporary home for the Raptors.

The three groups cited multiple incidents of “racial profiling” as evidence that Kansas City was not suitable for the league.

I commend our civil rights organizations for reminding our city and those beyond that preservation of Black lives should be a most pressing concern for our community and our partners. Unfortunately, like Toronto, Chicago, Philadelphia, and most NBA cities, we have much work to do in ensuring all our Black neighbors feel safe in all interactions with law enforcement. Regardless of our future with the NBA, we remain committed to that essential work.

Considering the stance the NBA took this summer in support of Black Lives Matter, Kansas City will need to make some changes if they hope to host the Raptors for the 2020-21 season.