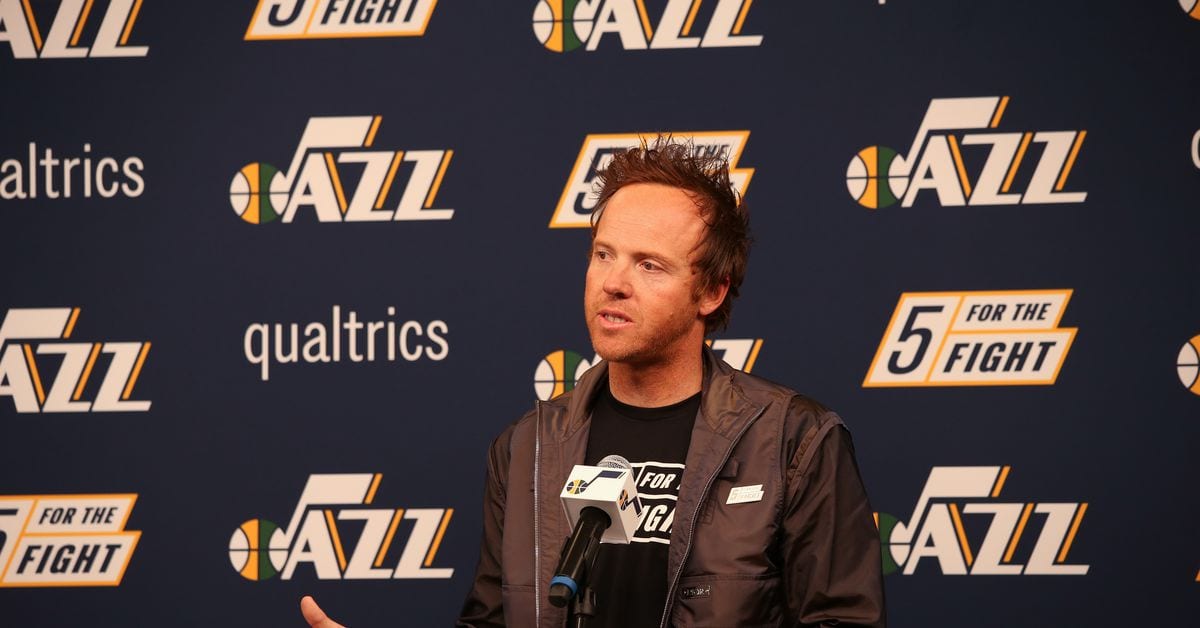 Smith, 40, is a lifelong Utah resident and Jazz fan who founded software company Qualtrics before it was sold for a reported $8 billion.

The transfer in ownership, still pending NBA Board of Governors approval, marks the end of a three-decade run that saw the Miller family own the team.

Smith had a longstanding relationship with the Jazz franchise, which included a philanthropic jersey patch that raised more than $25 million in recent years.

“I’ve approached Gail and the Millers a couple of times,” Smith said.

“There’s no secret about my interest in the NBA, and there’s really no secret about my interest in the Jazz. I grew up watching the Jazz. This is the team I cheered for. I played Junior Jazz. I dreamed of playing for the Jazz, and that didn’t work out. But as I was sitting there this week in the Junior Jazz program you started, with hundreds of kids running around, the legacy you’ve created is untouchable. We’re all incredibly grateful for that. The Jazz are a gift to this whole community, and that’s how we view it. That’s 100 percent how we view this,” Smith said.

The Millers saw a great deal of success in their 35 year tenure as the Utah Jazz owners.

The list of accomplishments include 16 50 plus win seasons, nine division titles, and two Western Conference titles.

Gail Miller, 77, put the team into a legacy trust in 2017, with the goal of that trust being to keep the Jazz in Utah for the long term.

With Wednesday’s sale to Smith, the Miller family accomplished that goal.

Ryan Smith takes over a Jazz team that is in good shape and looks good going forward as they come off four straight playoff appearances.

The team looks to the future with franchise cornerstones Donovan Mitchell and big man Rudy Gobert up for extensions soon.

This team, with coach Quin Snyder signed long term, Jazz president Dennis Lindsey and general manager Justin Zanik all in place, looks to compete with the best of the West for a good while.

Excited to have @RyanQualtrics part of the family! I know that he is completely dedicated to make this organization the best it can be and to continue the great work he’s been doing for our communities. 1/2

Also Very grateful for the Miller family and the amazing organization that they have built over the years! It’s a new chapter for the Jazz but they will forever be a big part of this team and none of this would be possible without them.

Known for being the saviors of the Jazz franchise, Gail and her late husband Larry Miller purchased control of the Jazz in the mid-1980s when it was feared that the team’s financial troubles would do them in and have them moved out of Utah.

At the time, the Millers purchased 50 percent of the team in May 1985 and purchased the other half in 1986.

Despite the sale, the Millers will keep a minority interest in the team.

“There’s no question that we have had a long and rewarding journey these last 35 years,” Miller said.

“Today is a day I never been able to imagine.”