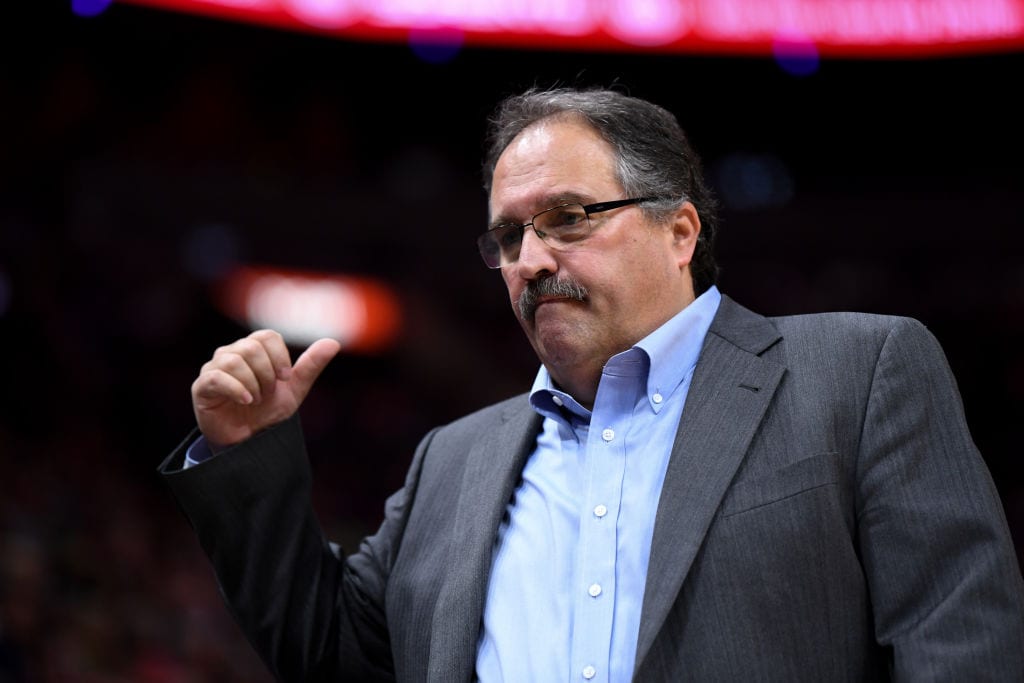 In one of his first moves as New Orleans Pelicans head coach, Stan Van Gundy says he won’t label a position for franchise star Zion Williamson.

“I think you have a vision what [Williamson] is, which is a multi-talented guy,” Van Gundy told reporters at his introductory news conference on Tuesday.

“He is an unbelievable playmaker for a guy his size. He’s a guy who can take the ball off the glass and lead the break and make plays. He can make passes off the dribble. He can finish over bigger people inside. He’s a multi-talented guy. I don’t look at him in any way as far as he is a four or five. I’m not sure those labels matter when it comes to him.”

Van Gundy also added that they would try to build around Willamson as much as possible.

Alongside Zion, Van Gundy gets to coach the 2019-2020 Most Improved Player winner in Brandon Ingram, and an improved Lonzo Ball, who bettered his three-point shooting from 31.5 percent in Los Angeles to 37.5 percent last season.

In fact, Van Gundy compared Ball to veteran J.J. Redick, who played for him in Orlando.

Based on the film he has seen, Van Gundy called Ball a “very smart basketball player.”

“I went through it with J.J. Redick. Granted, I mean he came in and it took him a little bit of time to build his career. But smart, hardworking guys figure it out as times go on and continue to improve. So I think as good as Lonzo is now, and he’s very good, I think we can expect a good arc of improvement for him over the next few years.”

After leading the Magic to the Finals in 2009, Van Gundy left Orlando in 2012 and found his way to the Detroit Pistons as General Manager and coach, but found little success.