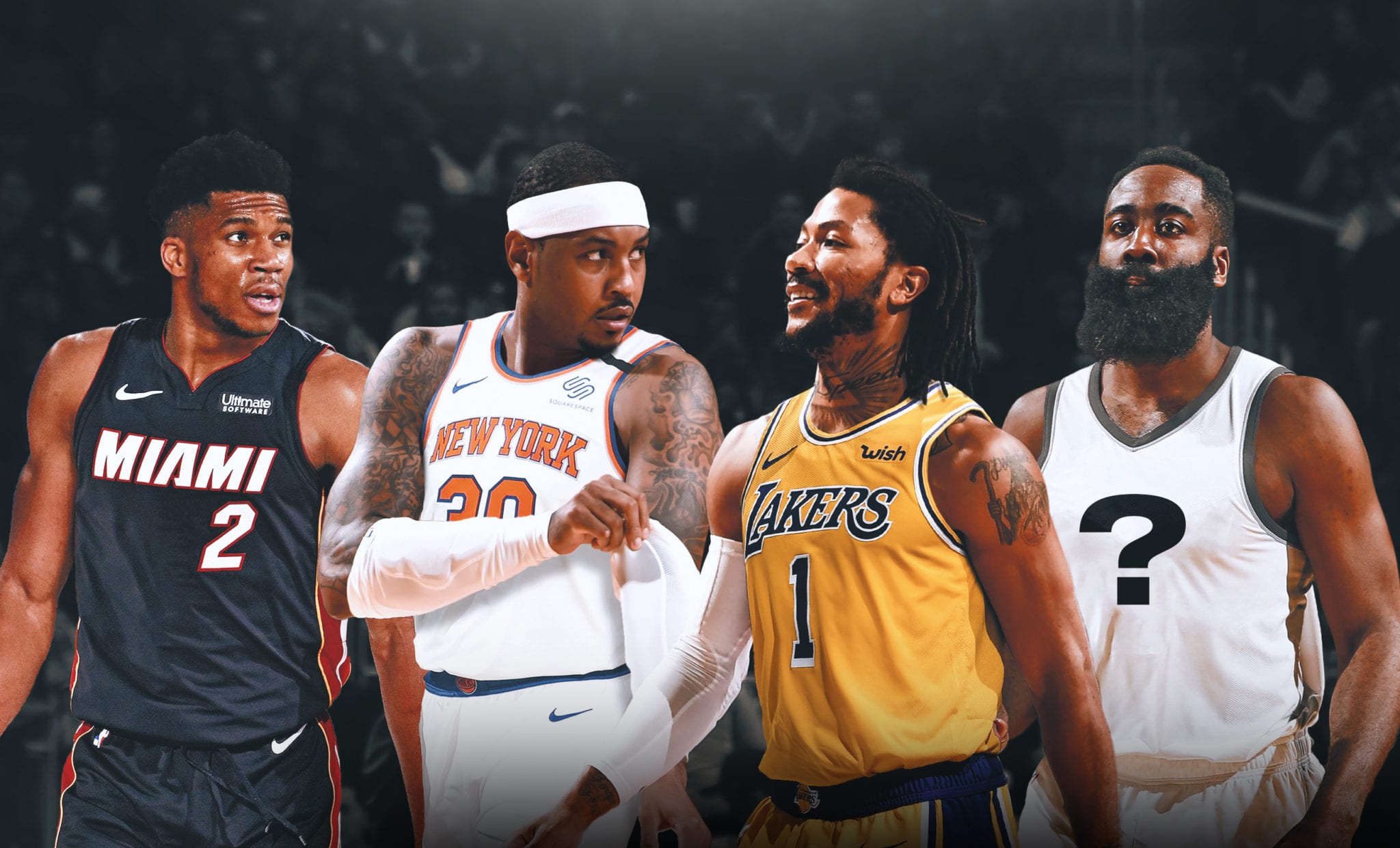 There’s no shortage of trade and free agency rumours floating around the NBA at the moment.

To help you keep track of all the rumblings, here’s every major rumour in one place.

Giannis Antetokounmpo to the Heat

The Miami Heat have a proud history of landing superstars, and they have every intention of continuing it by signing Giannis Antetokounmpo when he becomes a free agent next summer, according to The Athletic’s Shams Charania.

This news followed a report from The Ringers Kevin O’Connor that the heat had become a top free agent destination after their incredible run in the bubble.

In all likelihood, Giannis’ fate will have a lot to do with how the Bucks perform next season. If they win the championship – or even just make the Finals – it would surely be hard for him to leave.

But if they fall short once again, the Greek Freak may sense the time ticking on his athletic prime and look for greener pastures, even if Milwaukee’s shortcomings are once again closely tied to his own postseason struggles.

Derrick Rose to the Lakers

Derrick Rose’s name has been linked to the Lakers for the second time since the start of the calendar year, with the chatter resurfacing when a general manager had this to say in a chat with Heavy.com’s Sean Deveney:

“I think both sides were reluctant when they went into in January, February. I don’t think the Lakers wanted to make a major move because they thought they could do something on the buyout market. And I don’t think the Pistons wanted to make a major move because Derrick was happy there. You know, the Lakers wanted to be involved in case the Clippers got involved or someone else, the Bucks or the Nuggets, whoever. So there was interest but not too serious. Now, everything has shifted a little. Now, they’re both in a position to where a deal is much more likely.”

Lakers management is well aware that next year’s path to the championship is likely to be tougher than this year’s, and that they will need to beef up their roster in preparation.

There are also no guarantees that Rajon Rondo returns, as he plans to opt out of his player option for next season and explore the market following his impressive postseason.

Rose has his flaws, but he could at least give the Lakers some offensive punch in the backcourt.

A Rose trade would also make sense for the Pistons, who badly need to blow it up and move on from the Blake Griffin era, the entirety of which has been an expensive and fruitless hangover from Stan Van Gundy pushing the panic trade button in a desperate bid to keep his GM job.

Carmelo Anthony back to the Knicks

Word on the street is that Carmelo Anthony could head back to the Knicks, but there’s one major caveat: they’d have to get Chris Paul first.

That’s according to Marc Berman, who wrote this in The New York Post:

“If point guard Chris Paul makes his way to the Knicks via a trade, sources have said Anthony is likely to want to follow. Anthony and Paul are close friends who dreamed of playing together in the NBA and saw their alliance in Houston end prematurely.”

It’s hard to see why Chris Paul would want to go to New York in the first place, unless of course he’s willing to sacrifice winning to play with his buddy Melo.

James Harden shipping out of Houston

It wasn’t long after Rockets general manager Daryl Morey departured that chatter surrounding Harden’s future with the team escalated, and the idea has been floated by ESPN’s Zach Lowe too.

Houston’s varying title runs clearly haven’t worked out, and Morey’s replacement may well want to blow things up and rebuild (a great way for any GM to extend his lifespan too, just quietly).

The Rockets don’t have a whole lot in terms of future assets and trading Harden would certainly bring in a considerable haul.

Victor Oladipo on the trading block

Much like teammates Domantas Sabonis and TJ Warren, Victor Oladipo has enjoyed the best years of his career with the Pacers.

But Oladipo’s toughest years have also been in Indiana, having played a total of just 55 games since the beginning of last season due to a ruptured quad tendon.

According to Bleacher Report’s Eric Pincus, multiple executives around the league believe Indiana will shop him this offseason.

The same report suggested Oladipo would be seeking a max deal next summer, and Indiana may well be nervous that he would live up that kind of payday considering his troubling run of health.