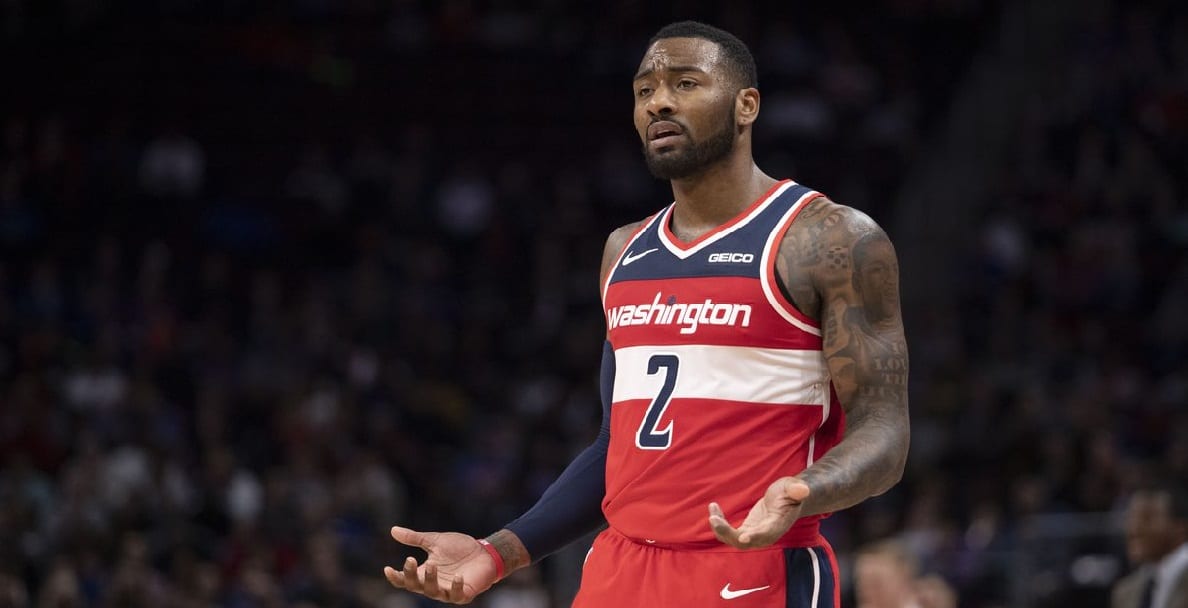 After missing all of the 2019-20 season, Wall rehabbed his torn Achilles in hopes of retunring to the Washington Wizards this year.

Recently, Wall pulled up to a Brooklyn Nets practice and took on Kyrie Irving.

Wall put on a clinic in shooting, dribbling, and passing, and he showed tremendous burst to the rim and seemed to have made a full recovery.

Participating in a contact game was a major step for Wall after being out for so long.

Also, the fact he is playing against other NBA players and dominating is a good sign he’s ready to return for full games.

John Wall hooping with Kyrie and the Nets 😤

When healthy Wall might be the best guard in the East.

He is a two-way player and his burst and passing abilities are easily in the top three in the league.

Teaming up with Bradley Beal, the Washington duo presents a matchup nightmare for other teams.

The Wizards may not be a championship team as constructed, but with Wall and Beal both healthy they will be very good.

The organization will need to put guys that can gel around them.

Wall’s ability to see the floor makes him an excellent pairing with guys who can shoot.

It will be a fun season next year with guys coming back from injuries.

The league can use a boost of excitement with the return of Wall to the court.