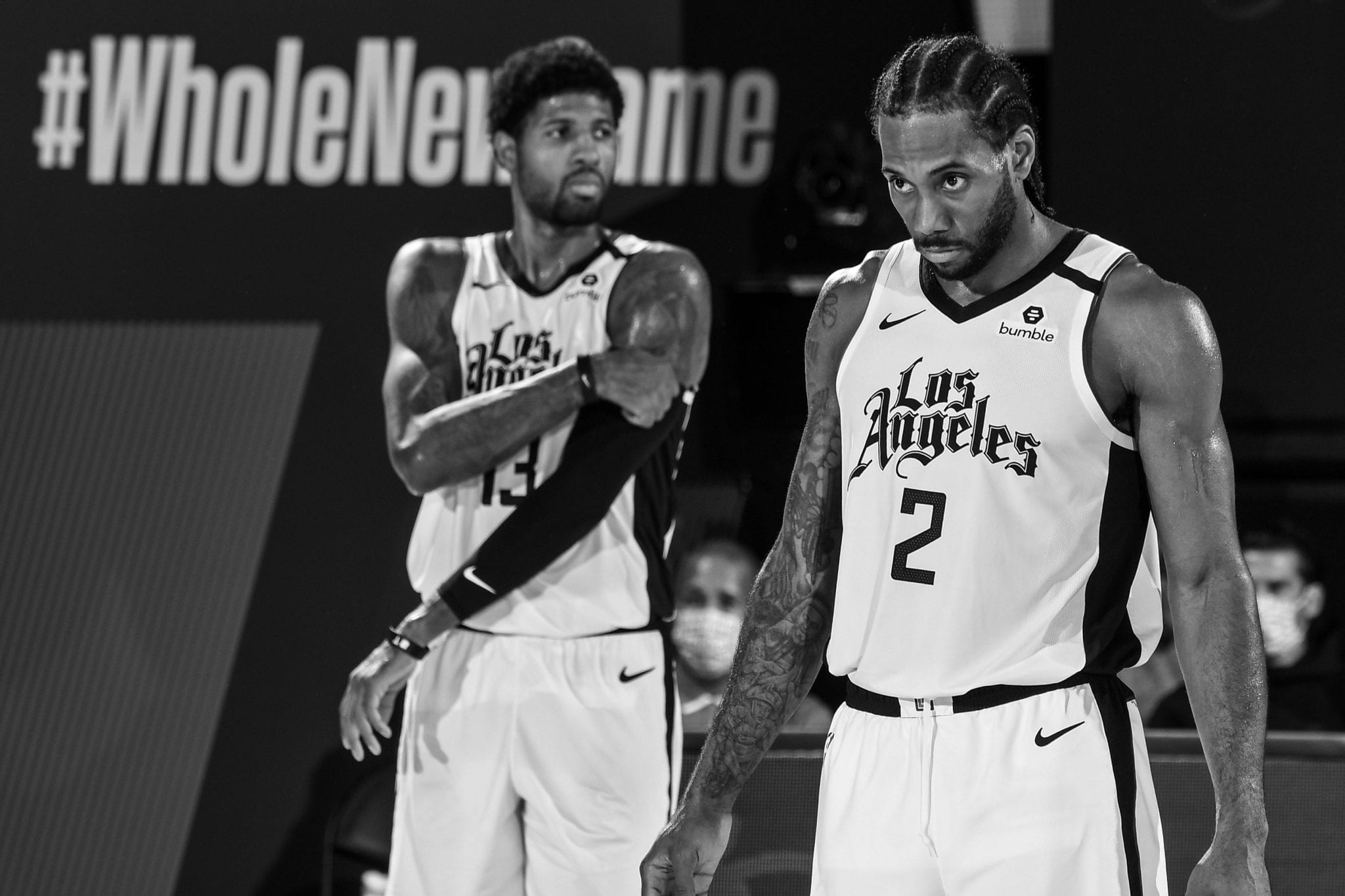 There have been some jaw-dropping choke jobs over the years.

In 1994 alone, the top-seeded Sonics lost to the eighth-seeded Nuggets and John Starks shot 2-18 in Game 7 of the Finals.

And while Starks and the ’94 Sonics certainly deserve their place in the Chokers’ Hall of Fame – as do Latrell Sprewell and PJ Carlesimo – we thought we’d take a look at the worst choke jobs from 2000 onwards.

The Rasheed Wallace era Blazers could’ve put the brakes on the Kobe-Shaq dynasty before it even started.

But after leading by 15 late in the game, Portland missed twelve straight field goal attempts in what was a truly horrific fourth quarter stretch.

By that point, their lead had evaporated and the game was tied. Wallace found his stroke late in the piece and scored seven points in two minutes, but the damage had been done and the Lakers couldn’t be stopped once they smelled blood in the water.

You just knew it was over when this happened:

While just about everyone outside the Bay Area quickly grew tired of the Kevin Durant era Warriors, Golden State was the most beloved team in the league in 2007 when they shocked the world and beat the 67-win Mavericks in six games in the first round.

It was one of the greatest playoffs upsets ever and perhaps the finest performance by an eight-seed in NBA history.

The outcome was so disastrous for the Mavericks – who were in ‘title or bust’ mode after losing to the Heat in the Finals the year before – that Dirk Nowitzki punched a hole in the wall after the game and ultimately went searching for the meaning of life in the Australian outback.

Beyond James Harden, Trevor Ariza, and a post-back surgery Dwight Howard, the 2015 Rockets didn’t have all that much on their roster. The fact that their next two highest-scoring players were Josh Smith and Corey Brewer should tell you everything you need to know about this team’s depth.

And yet capitalising on a 3-1 lead against this Houston squad proved too tall a task for the Lob City Clippers, who at the time employed a 29-year-old Chris Paul. as well as Blake Griffin and DeAndre Jordan in their primes.

The Clippers were in the perfect position to close out the Rockets in Game 6 with a commanding 87-68 lead late in the second half.

But with Houston coach Kevin McHale leaving James Harden on the bench for most of the fourth quarter, the Rockets’ bench squad, led by Josh Smith and Corey Brewer, miraculously got the job done.

That set the stage for Game 7, where Houston completed their incredible comeback. It was a devastating loss for the Clippers, and the scars ran deep. They were never the same afterwards, losing in the first round over the next two years and then blowing the team up after that.

Beating the Warriors on their home floor was always going to be an uphill battle, so the Thunder really needed to end this series at home in Game 6 at the very latest. But things didn’t exactly go to plan.

For starters, Game 6 was ‘The Klay Thompson Game’. With his team’s season and potential dynasty on the line, Thompson went ballistic, dropping 41 points on 11-18 from downtown. And while there wasn’t any shame in being unable to contain a piping-hot Klay, there was no excuse for the way Kevin Durant and Russell Westbrook finished the game.

Westbrook, who had just one turnover in the first 46:20 of play, inexplicably coughed the ball up four times in the final 1:40. Durant added two turnovers of his own across the last 2:25 and shot 0-3 in the final five minutes.

There were just so many delicious layers to this storyline.

The Warriors winning an NBA record 73 regular season games in the lead up, LeBron baiting Draymond Green into a series-altering suspension, LeBron’s immortal block on Andre Iguodala, a highly emotional LeBron delivering on his promise to the city of Cleveland, and Green famously getting on the phone to Kevin Durant after losing Game 7.

The Raptors losing to the Cavaliers in six games in the 2016 Eastern Conference Finals was somewhat forgivable. The Cavs were the top seed and the eventual champions that year.

The Cavs had lost Kyrie Irving, they’d endured a tumultuous year which involved wholesale personnel changes in the lead up to the postseason, LeBron’s looming free agency was hanging over the team, and most importantly, Cleveland was just not a good team at all.

They had the worst defence in the league throughout the regular season, the sixth-worst defence in the playoffs and a middling postseason offence to top it off. Beyond LeBron and Kevin Love, their top playoff minute getters were JR Smith, George Hill, Jeff Green and a 36-year-old Kyle Korver.

Toronto had Kyle Lowry, DeMar DeRozan, Jonas Valanciunas and Serge Ibaka, and yet the Cavs swept them anyway on the back of some truly remarkable LeBron dominance, the likes of which he almost seemed to save for the Raptors.

The Rockets live and die by the three-point shot, and in Game 7 of the 2018 Western Conference Finals, they died a gruesome death indeed.

Having led the series 3-2 before dropping Game 6, the Rockets still had the chance to close the Warriors out at home in Game 7. But that was the night the three-point shot – their best friend for the entire season – abandoned them entirely when they could least afford it.

Here is a compilation of all of the Rockets 27 straight missed threes ….🤮🤮🤮 pic.twitter.com/p9HRJuMJNz

Houston’s 11-point halftime lead vanished in a puff of smoke as the team went 0-for-14 from beyond the arc in the third quarter. The Rockets proceeded to miss a mindboggling 27 consecutive threes and eventually lost 101-92 to a Warriors team that had salvaged its season in part by virtue of not forgetting how to shoot.

Imagine signing last season’s Finals MVP and last season’s third-placed MVP vote getter and losing in the second round. Well, the Clippers don’t have to imagine it, because it’s their reality.

As well as having Kawhi Leonard and Paul George on their roster, the Clippers also had the most talented supporting cast in the league, both factors which had long cemented them as the championship favourites.

To make matters worse, both Leonard and George can leave after next season and the Clippers traded away an unprecedented treasure trove of assets to get them. This team had a two-year championship window from the beginning, and they just wasted year one in the most disastrous and humiliating way imaginable.

It was also the third time a Doc Rivers team had blown a 3-1 lead, meaning he has now presided over 23 percent of all the blown 3-1 leads in NBA history. And just to make things even worse, he has also blown more fourth quarter leads than any other current head coach.