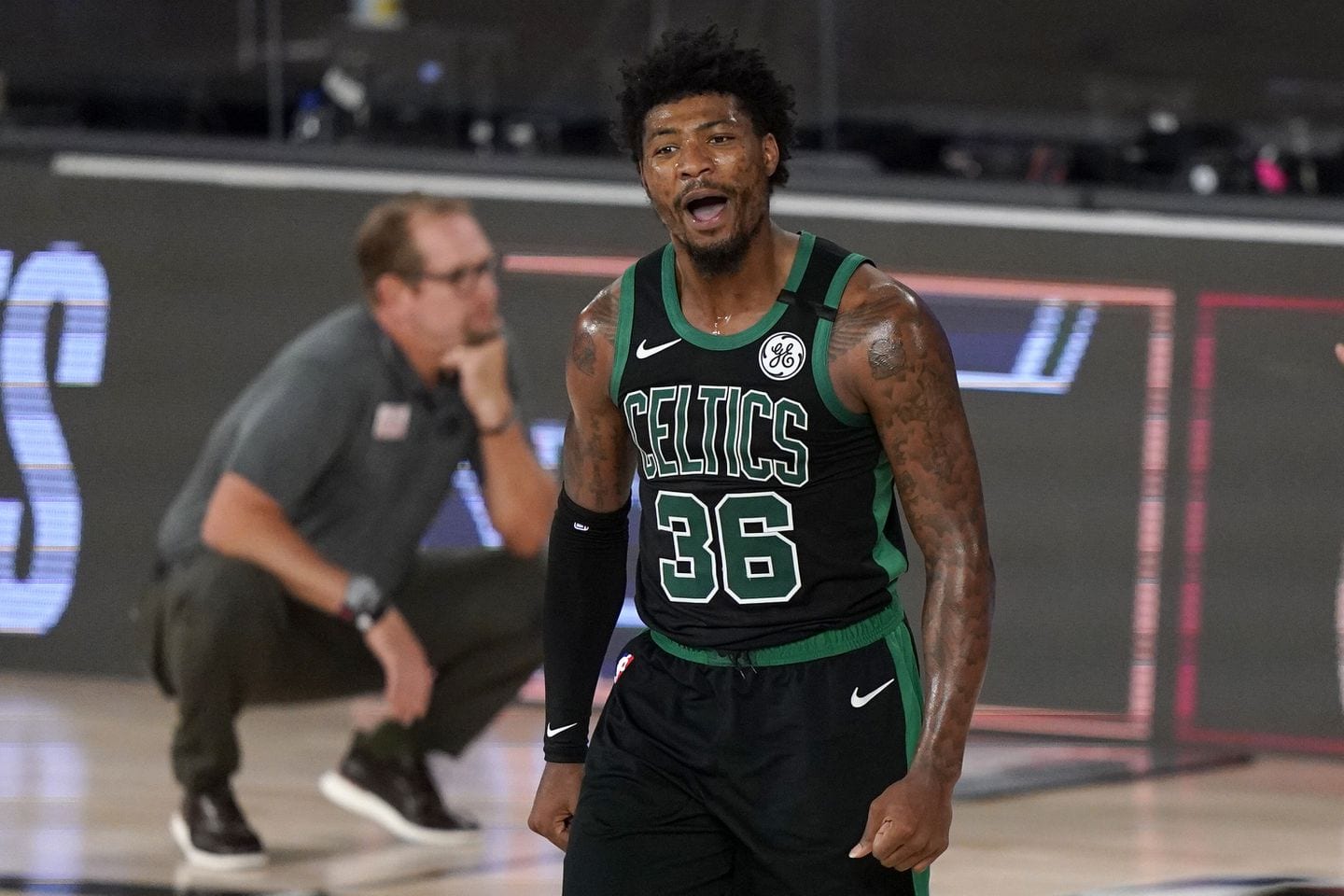 The 2019-20 NBA season has been nothing less than trying.

Between the impact of the COVID-19 pandemic and police brutality and racial injustice incidents and protests, it was a minor miracle a champion was crowned.

Many players are continuing their fight for social justice, and one, Boston’s Marcus Smart, recently shared a personal story to shed light on the problem.

In a piece for the Players’ Tribune, Smart described an incident outside the TD Garden after a Celtic’s game.

Smart was helping a mother and son cross the street during traffic when the woman turned around and shouted racial epithets at Smart.

She swung her head around, and it was … ‘F*** you, you f***ing n-word!!!!’ And in an instant, just like that, I was made to feel less than human. I wasn’t a person to this woman. I was a form of entertainment. Nothing more. And believe me, it took every ounce of restraint in my body not to curse her out. A few seconds later, I drove off. I just wanted it to be over.

It was an eye-opening and painful experience for Smart, but what really stuck with the Celtic’s guard was that the mother said this in front of her son, perpetuating the ignorance from one generation to the next.

The NBA has dealt with racists fans, but past noted incidents occurred inside the arena.

A Utah Jazz fan was banned for life after telling Russell Westbrook to “Get down on your knees like you’re used to,” and Washington Wizard Gilbert Arenas recalled when a Boston fan called him the n-word in an article for Essentially Sports.

Related Article:  Celtics Al Horford and Marcus Smart Out for Game 1 Against the Heat

Taunting players has been an on-going problem for the league, and in many cases, fans are ejected or, as in the Utah incident, banned for life.

Still, Smart’s story underscores the importance of the NBA’s efforts to stand with players and support racial and social justice.