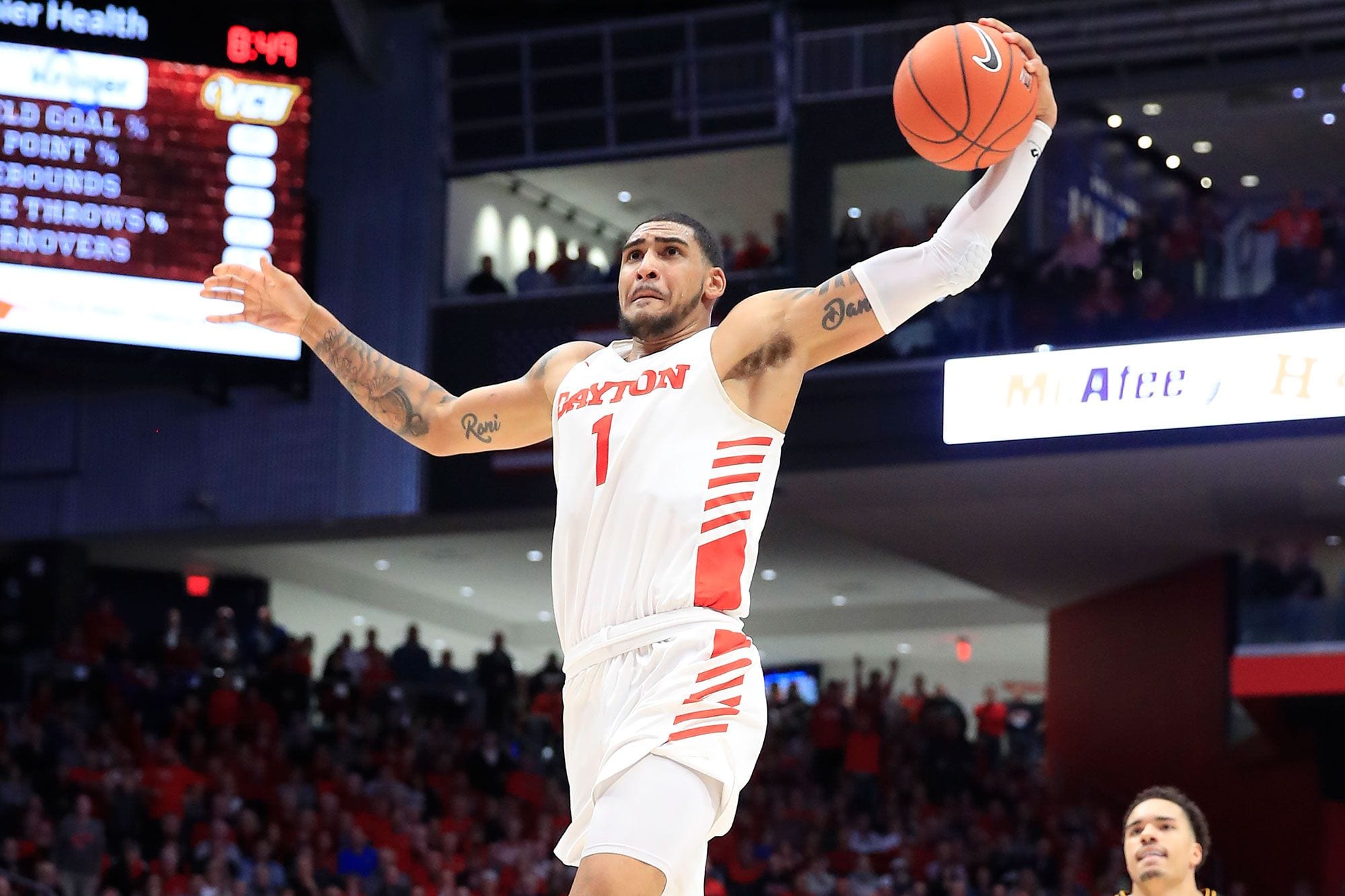 The 2020 NBA draft is set to be the strangest draft since 2013 when the Cleveland Cavaliers took Anthony Bennett first overall.

Not only is there a lack of a consensus on who the number one pick should be, there’s a massive divide in how front offices are evaluating young talent.

The COVID-19 pandemic has exacerbated a lot of the skepticism regarding the talent in this year’s draft – which will result in some teams looking for “surer things” rather than prospects that may have higher potential.

As a result, 22-year-old Obi Toppin may end up being picked higher than he would in a normal year.

Toppin received no Division I offers out of high school, so it’s fair to say that he was an unheralded prospect.

But now, NBA scouts and league executives are reportedly very interested in taking him at the top of the draft.

“Everything he does offensively translates,” one scout told Bleacher Report.

“He has great touch with both hands, and his shooting looks like it could be replicated over and over,”one NBA executive said.

“A stretch 5 than can be a finisher is tough to ignore. He’ll never be quick laterally, but he’s capable.”

Until recently, it wasn’t conceivable that the Minnesota Timberwolves would take Toppin with the number one pick, but now it seems like a distant possibility.

Toppin won’t have to wait long to hear his name called by Commissioner Adam Silver as the draft is just less than one month away.