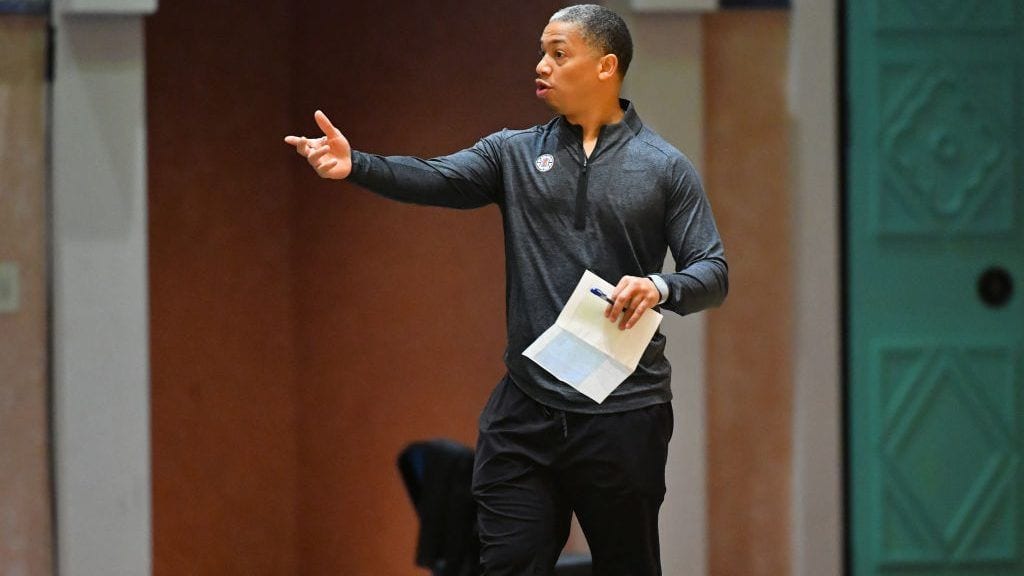 Lue, 43, met with Rockets ownership and management on Monday.

Houston is competing for Lue’s services with the Clippers and Pelicans who are in the midst of completing their own round of interviews.

The Rockets may look to give a compelling offer to Lue before the Clippers wrap up their search.

However, that offer will have to wait until Houston meets with former Rockets coach and ESPN analyst Jeff Van Gundy.

The ironic part of both the Rockets and Clippers search is that both Lue and Van Gundy are top candidates to land either job.

According to sources, both teams and their star players are on board with Lue being hired for their respective squads.

As for Van Gundy, he has been a favorite of Houston management and ownership and is known to prefer Houston so he doesn’t have to uproot his family.

Van Gundy has been a Houston resident since his coaching days for the Rockets.

Ty Lue has an impressive resume that includes a title with LeBron James and the Cleveland Cavaliers in 2016 and three straight finals appearance.

Lue is also known for his ability to manage egos and bring stability into the locker room.

Jeff Van Gundy last coached in the NBA in 2007 and is known for leading the 1999 New York Knicks to the NBA Finals as an eight seed.

Van Gundy has also been active with USA Basketball in recent years.