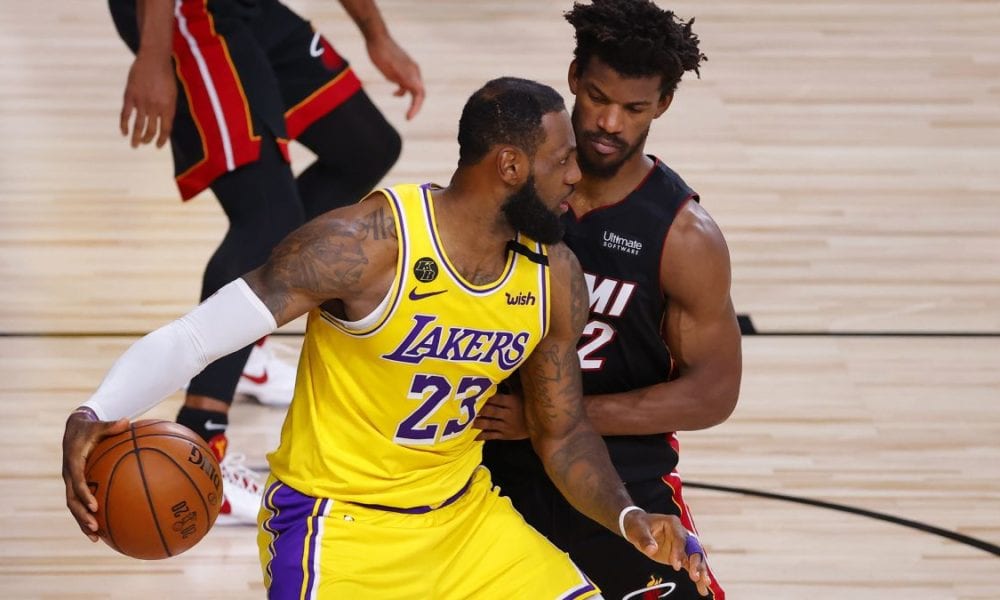 The NBA took note and upheld two calls that Los Angeles Lakers coach Frank Vogel wasn’t too happy with during the Lakers’ loss in Game 5 of NBA Finals.

Miami took the Game 111-108, but the NBA did admit that there were other calls that should’ve went LA’s way.

The latest two-minute report shows that Jimmy Butler should’ve been called for a foul on LeBron James with 1:01 in the fourth quarter for extending his arm and hitting the side of James’ head on a drive to the hope.

It didn’t matter, as James got his own rebound and scored, putting the Lakers up 106-105.

Then with 28 seconds left, Andre Iguodala should have been whistled for a defensive three second violation for not clearing the lane when he was not actively guarding anyone.

Once again it didn’t matter as Anthony Davis would put in a layup and give LA the lead.

After Butler iced the game with some free throws, Vogel thought the officials had too much to do with outcome of the game.

“I felt two bad calls at the end put Butler to the line, you know, and that’s unfortunate in a game of this magnitude,” Vogel said.

“Anthony Davis has a perfect verticality, should be play-on. And the time before that, Markieff Morris has his hands on the ball  — that should be a play-on. They were given four free throws and made it an uphill battle for  us. Very disappointed in that aspect of the game.”

The two calls that Vogel complained about are deemed correct by the NBA in the L2M report.

Game 6 of the 2020 NBA Finals will be on Sunday night, with the Los Angeles Lakers leading 3-2.