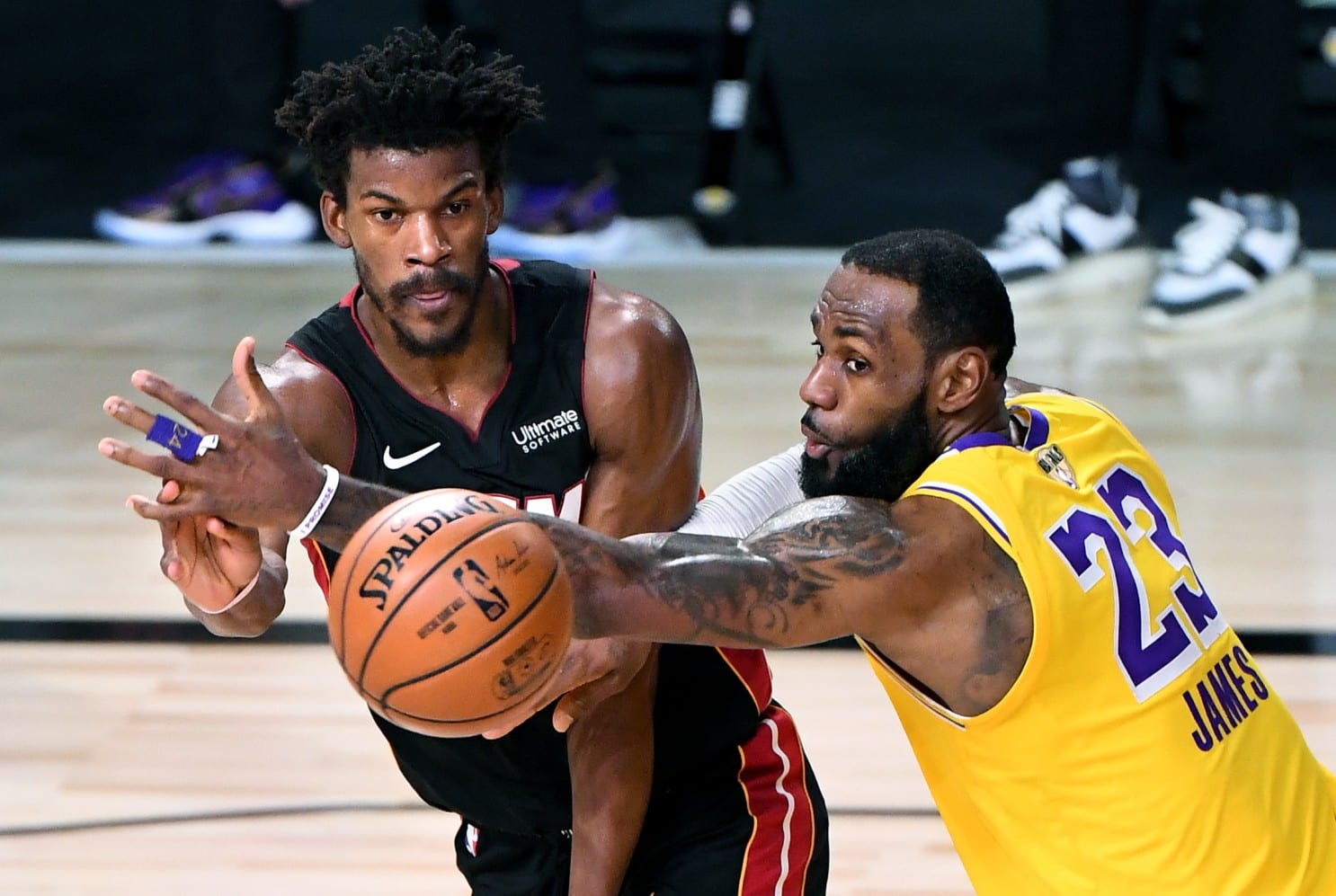 There was no denying the importance of Game 4 for both the Los Angeles Lakers and Miami Heat.

A win for the Lakers meant a commanding 3-1 series lead, and a win for the Heat would tie the teams up at two games apiece.

Keenly aware of this fact, three-time champion LeBron James sent his teammates a clear and concise message to the Lakers’ group chat: Must win.

“We see the message from our leader,” said Anthony Daivs. “And he just left it at that.”

After an extremely poor showing in Game 3, Anthony racked up 22 points, 9 rebounds, 4 assists, and 4 blocks while shutting down the Heat’s Jimmy Butler.

“We just wanted to give him a different look, honestly,” said Davis. “We were asking a lot out of Bron. I just told Bron, ‘I’ll take him.'”

James led the team with a near triple-double of 28 points, 12 rebounds, and eight assists.

The Lakers’ latest dynamic duo, playing in the legacy of such great tandems as Magic and Kareem and Kobe and Shaq, rose to the occasion.

“This was one of the biggest games of my career,” said James. “I just wanted to relay that message to my teammates, the type of zone I was in, the type of moment it was and the kind of team we were playing against. …

“They are just a gritty, so damn-well-coached team. I feel like if we’re going to be a championship ballclub, if we want to really be a championship team, that we got to have that same grit and that same attitude. It was my mindset. I’m still in it.”

The Lakers are now just one win away from tying the Boston Celtics for most NBA championships with 17.

LA and Miami tip off Thursday at 9 pm EST.