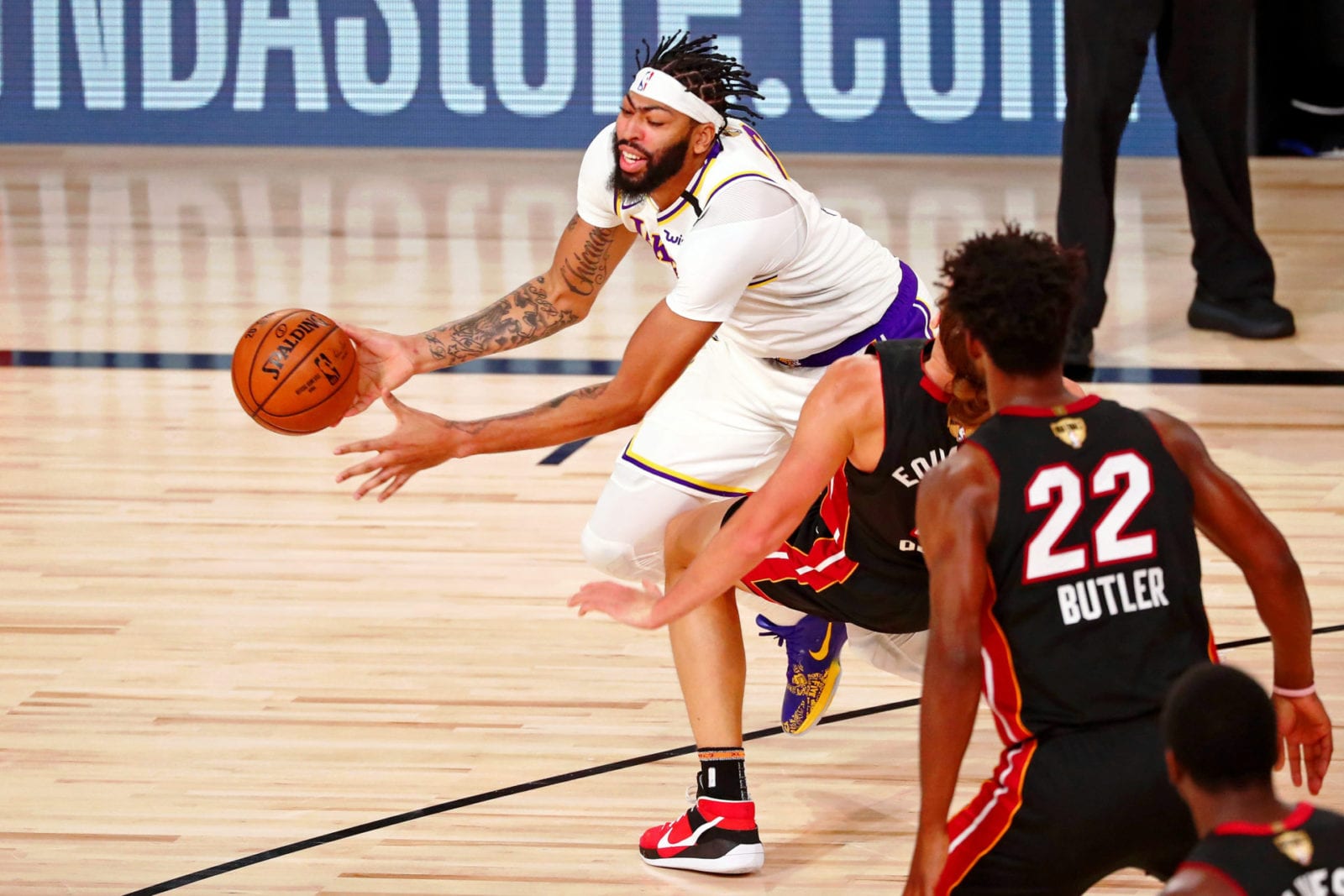 Already at Disney, the Lakers apparently forgot they haven’t won the title yet.

LA put forth an anemic effort in Game 3, but maintain they’re still focused against the undermanned Miami Heat.

The Lake Show committed 10 turnovers and fell behind by as many as 13 points in the first quarter in a 115-104 loss.

LeBron James tallied up 25 points, 10 rebounds, and 8 assists, but he also had 8 turnovers and played less than inspired in the final quarter.

“We’re not concerned. We know we can play a lot better. We have another opportunity to take a commanding lead on Tuesday. You relish that opportunity,” James told reporters after prematurely walking off the court near the end of the game.

LeBron walked off the court with 10 seconds left. pic.twitter.com/zTvwZhHDq5

In stark contrast, Jimmy Butler showed why he is a perfect fit for Pat Riley’s Miami Heat.

Butler tallied up his first playoff triple-double pouring in 40 points, 13 assists, and 11 rebounds and did any and everything that neither of the Lakers marquee players managed to do.

Anthony Davis, who was drawing comparisons to Laker-great Shaq O’Neal in the first two games, basically hung up his sneakers after scoring zero points, committing two fouls, and four turnovers in the first quarter.

Despite his performance, the Lakers’ center remained confident. “Trust me,” said Davis. “We’ll be fine.”

The Brow finished the night with 15 points, just half of his series average.

Markieff Morris and Kyle Kuzma put up 19 points apiece in a 53-point effort from the Laker bench, outscoring the starters.

“We have great leaders. We’ll watch film tomorrow. There’s a lot of people that are going to get their asses chewed out, and we’ll respond better in Game 4,” said Morris.

Odds are the Lakers will win the next two games and bring home their 17th title, but, as James should know, anything can happen in the playoffs.

All it takes is an injury or two, for that matter, and a three-peat can turn into a sweep.