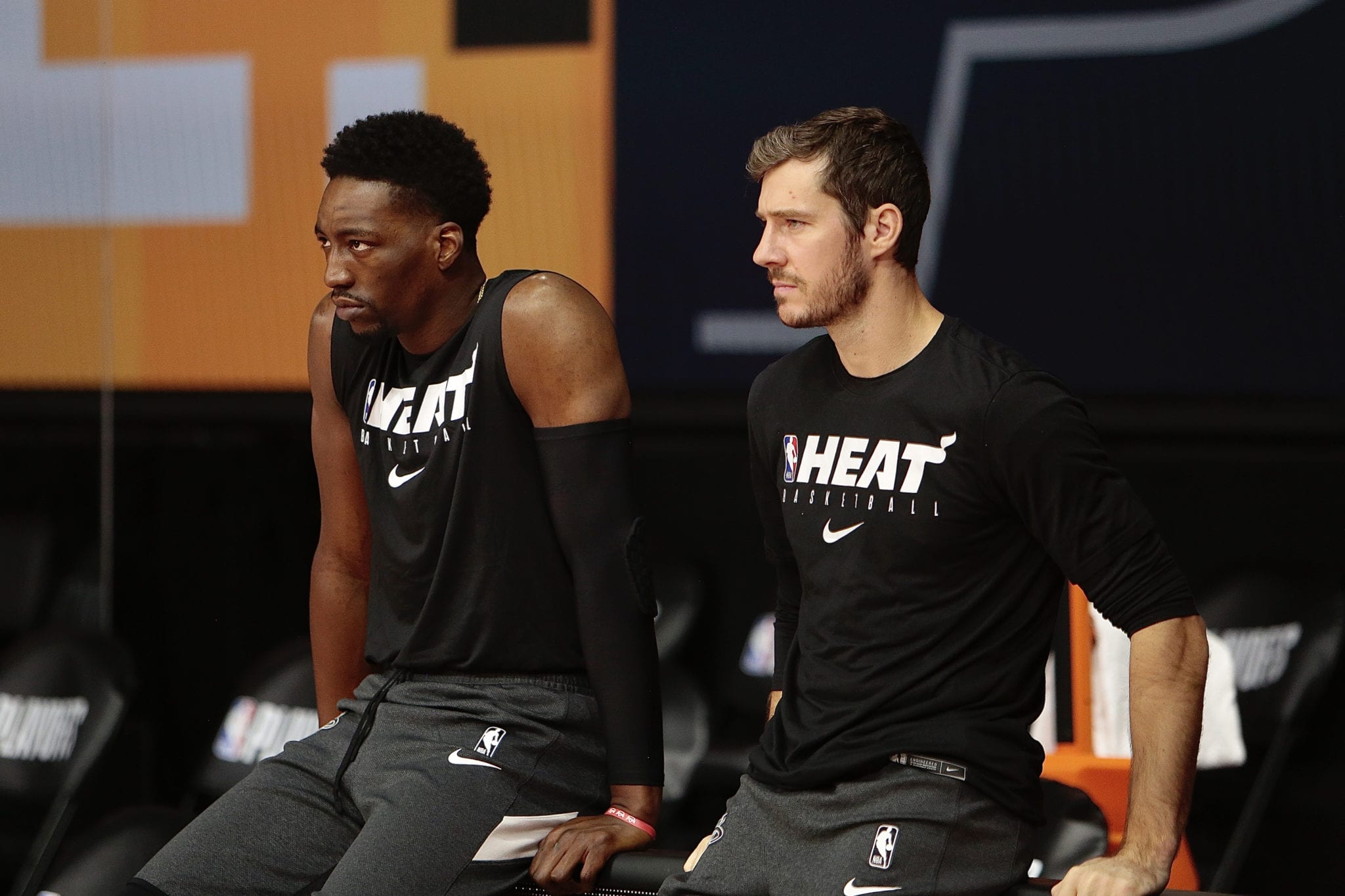 Bam Adebayo and Gordan Dragic have opened up on the torment of being unable to play during the NBA Finals, the single biggest moment of their careers.

With the Lakers boasting the two most talented players in the series, the Heat need all the help they can get if they want to win three more games, even with Jimmy Butler channelling his inner Michael Jordan.

But neither Adebayo nor Dragic have been able to suit up over the past two games, with Dragic nursing a plantar fascia tear and Adebayo limited by a neck and shoulder injury.

“If you’re wondering if I’m really injured, then there you go,” Adebayo said after being ruled out ahead of Game 3.

“I’ve played through bruises, I’ve played through getting beat up, but it’s one of those things where it’s like, I make it to my first Finals and it’s like, bro, we dream of things like that. It’s been difficult for me mentally because it hurts me that I can’t be out there to help my team just try to collect more wins and be on the floor.”

It’s been a similarly agonising experience for his Slovenian teammate.

“It’s not the easiest thing right now for me to sit down on the sideline and watch my team. How they’re battling, how they’re playing well and of course I want to be out there,” Dragic told reporters.

“But yeah, I don’t know. Most of the time I ask myself, I ask the guy above us why it has to happen right now. It’s tough. It’s tough. Try to look at this so everything is with a purpose so we’ll see.”

The good news is Adebayo was upgraded from doubtful to questionable on Monday, but Dragic remains doubtful.