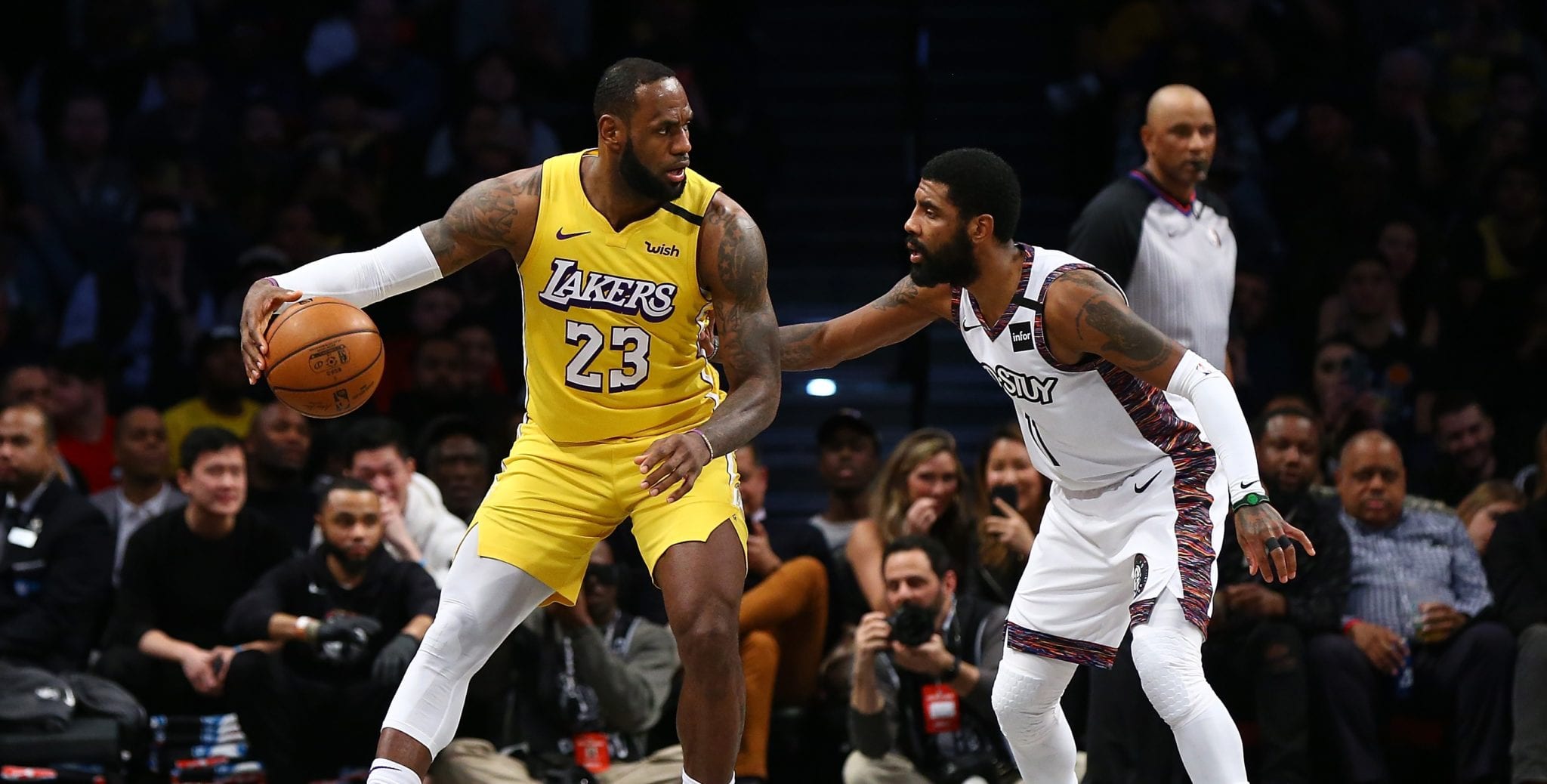 Kyrie Irving has denied taking shots at LeBron James despite saying that teaming up with Kevin Durant was the first time he could trust someone else to make clutch shots.

“Why must it always be brother against brother? Why?” Irving said on Instagram. “If I’m addressing anyone, I’ll say their name. Don’t listen to the false narratives. Let people live their lives. It’s just a game.”

Irving’s comments comes after he had this to say on Kevin Durant’s ‘The Boardroom’ podcast:

“One thing I’ve always been comfortable with is I felt like I was the best option on every team I’ve played for down the stretch,” he said.

“This is the first time in my career where I can be like… ‘that motherf**ker can make that shot, too!”

LeBron then responded by seemingly throwing some shade of his own.

When asked about his relationship with Anthony Davis and why the two of them worked so well together, he said, “We’re not jealous of each other.”

And while Irving has come out to deny he was dissing LeBron, it’s certainly hard to read it any other way.

He also discussed his new coach, Steve Nash, and said he didn’t really see him as a head coach and instead thought Nash, Durant, assistant Jacque Vaughn and himself would effectively coach the team as a unit.

Durant agreed, saying it would be a “collaborative effort”.