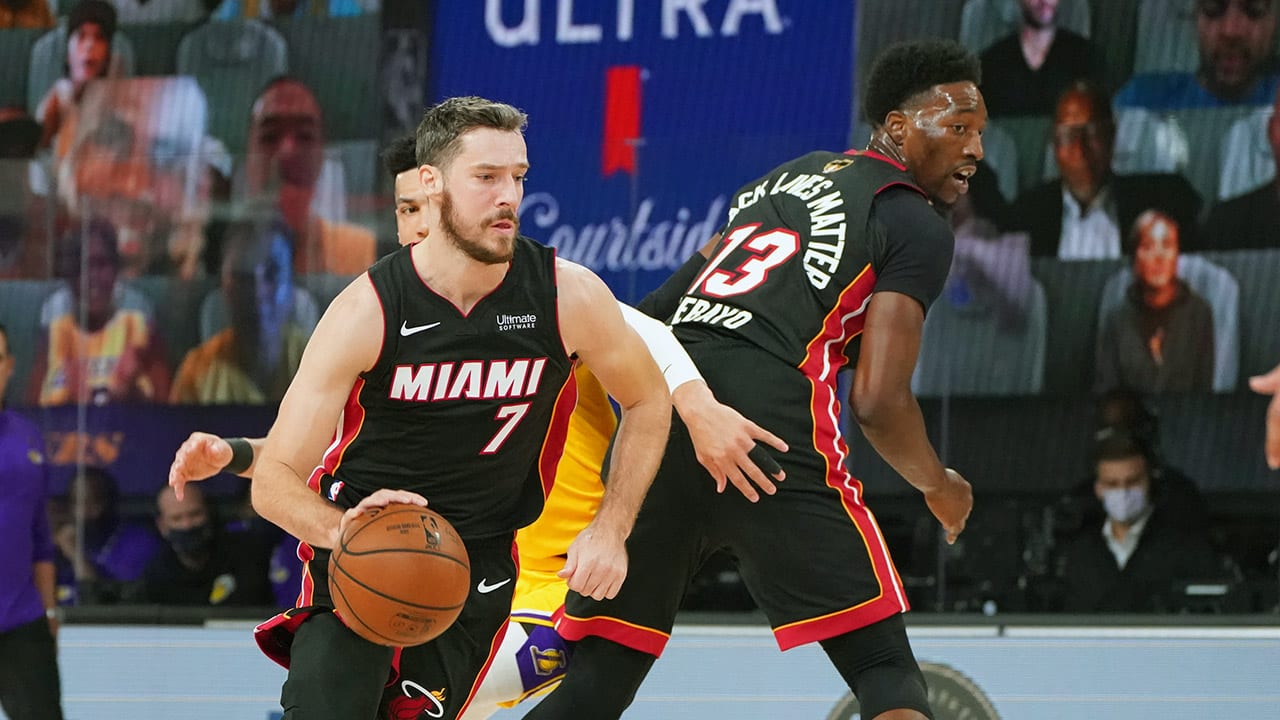 The Miami Heat are likely going to be without two major pieces – Bam Adebayo and Goran Dragic – for Game 2 of the NBA Finals on Friday.

Dragic exited Game 1 on Wednesday with a foot injury that was later revealed to be a plantar fascia tear.

Adebayo has dealt with injuries throughout the playoffs; the most recent of which has been diagnosed as a neck strain.

Both Dragic and Adebayo have been listed as doubtful for Friday’s game.

At this point, it’s all hands on deck,” Heat coach Erik Spoelstra said Thursday via ESPN.

“And it’s not like the guys that were potentially sliding into the rotation haven’t played before; these guys have confidence and have played big roles for us all year long. Our depth has been one of our biggest strengths. It’s not just coachspeak. We’ve utilized our depth all year long.

The Heat struggled enormously without Dragic on the court, evident by the fact that he was the team’s only starter that finished with a positive +-, albeit in 15 minutes of play.

The first time all-star has led the Heat in just about every statistical category this postseason, and served as a defensive anchor in the middle.

The Heat and Los Angeles Lakers face off in Game 2 Friday at 9PM EST.