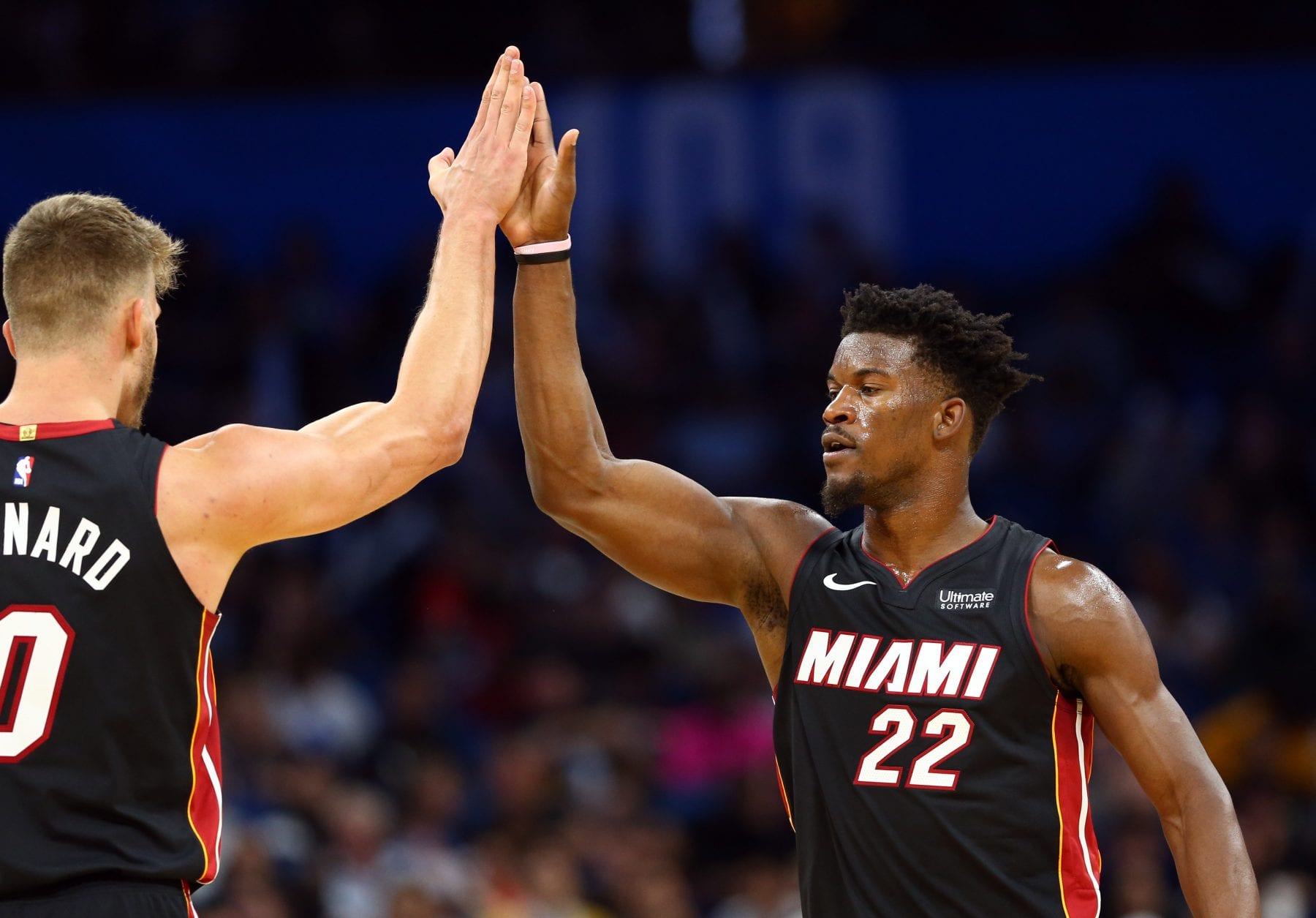 The Miami Heat were not expected to be in the NBA Finals, but that’s where they find themselves.

The Lakers are heavy favorites to beat the Heat, but a betting person would be a fool to try and convince Miami Heat star Jimmy Butler that’s the truth.

Prior to their Game 1 showdown, Butler remained confident that his team is every bit as capable and talented enough of competing with the Lakers.

“A really good team,” Butler said of his view of the Heat.’

“That’s it. Not going to say that we’re any better than anybody else, but I just don’t think that we’re underdogs. I don’t.”

“So what that nobody picked us to be here? That’s OK. Pretty sure nobody is picking us to win, either. That’s OK. But we understand that. We embrace that, because at the end of the day, we truly don’t care. We’re just going to go out here and compete, play together like we always have, and I’m going to see where we end up.”

It has become customary of the Miami Heat to embrace their underdog role as they advanced through the playoffs.

The Heat had 75-1 odds of winning the title.

The stats say that is the lowest odds for a team in the finals in nearly 30 years.

The key to Miami’s success on route to defeating two possible finals capable teams in the Milwaukee Bucks and Boston Celtics was their ability to wear out their opponents.

Luckily for Miami as well, they have the veteran leadership of their coach Erik Spoelstra, Miami staple Udonis Haslem, and veteran Andre Iguodala, who is in his sixth straight NBA finals.

According to Goran Dragic, the veterans are already getting to work.

“You know [their message was] simple,” Dragic said. “They said, ‘Guys, we deserve this, and just enjoy it. Enjoy the moment, be present.'”

It only took Pat Riley and the Heat one meeting to convince Butler that Miami was the place to be and now they’re playing for the title.