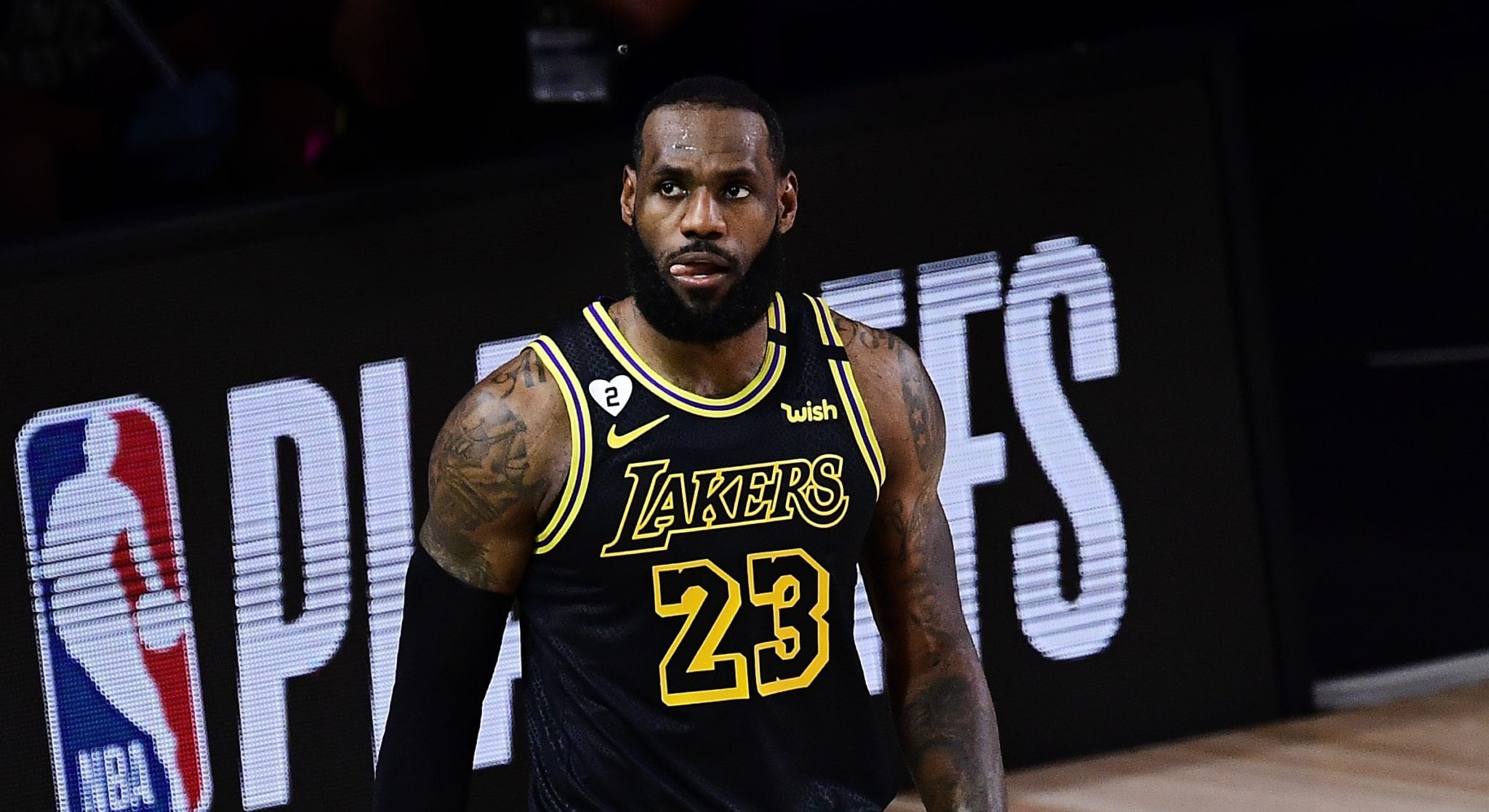 As great as LeBron James is, his clutch shooting has become a genuine concern. James shot 5-31 (16.1 percent) on clutch three-pointers during the regular season. Of the players who attempted at least 25 clutch threes, he ranked dead last.

He also shot 35.3 percent from the field in regular season crunch time and is shooting 1-9 from the field in the clutch throughout playoffs. Jamal Murray, by comparison, is 8-11 on clutch playoff shots, and that’s just from beyond the arc.

Pay close attention next time the Lakers are in a close game. LeBron will almost certainly take and badly miss at least one ill-advised shot in the final minutes. He probably won’t even hesitate either. His plummeting percentages haven’t done much to deter him from letting them fly.

To put LeBron’s clutch shooting numbers into context, he shot 40 percent – not 16 percent – on clutch threes when he was last in the playoffs two years ago. That was after he hit at 55.8 percent – not 35.3 percent – from the field in the regular season, the second-highest percentage among all players with 50 or more attempts.

Traditionally, players lose their athleticism with age but maintain the ability to shoot forever. Somehow, LeBron’s reality is closer to the opposite. And yet that hasn’t stopped him from launching shots away from the rim.

It simply makes no sense to take a shot which hardly ever hits when you’re one of the most devastating attackers of the rim in NBA history, especially in a league which has blessed you with an eternally favourable whistle and one which has established a set of rules specifically designed to benefit the offence and limit the defence.

The only logical reason behind James settling for these long shots – in every sense of the word – is exhaustion, and there’s no denying he looks tired at times. It’s been said a thousand times before only to be proved wrong, but James’s mileage might be finally catching up with him.

However that doesn’t change the fact that LeBron is heavily contributing to the Lakers’ grim crunch time ratings on offence. It’s a small sample size, but LA has shot just 31 percent from the field in the clutch these playoffs with an abysmal 83.8 offensive rating. They were still only ranked 20th and 16th in those respective categories in the regular season, back when when LeBron made just 63.3 percent of his clutch free throws.

The Lakers’ defence allowed them to win many of those games anyway, but their late-game offensive efficiency certainly needs some work.

LA is clearly the favourite to win the title regardless. After all, they will have the two best players on the court no matter who they face in the Finals.

But the Heat pose a very real threat in particular, and they’ll ensure a lot of their games against the Lakers go down to the wire. If LA wants to remove any shadow of a doubt when it comes to their championship prospects, they need LeBron to right the ship in crunch time.