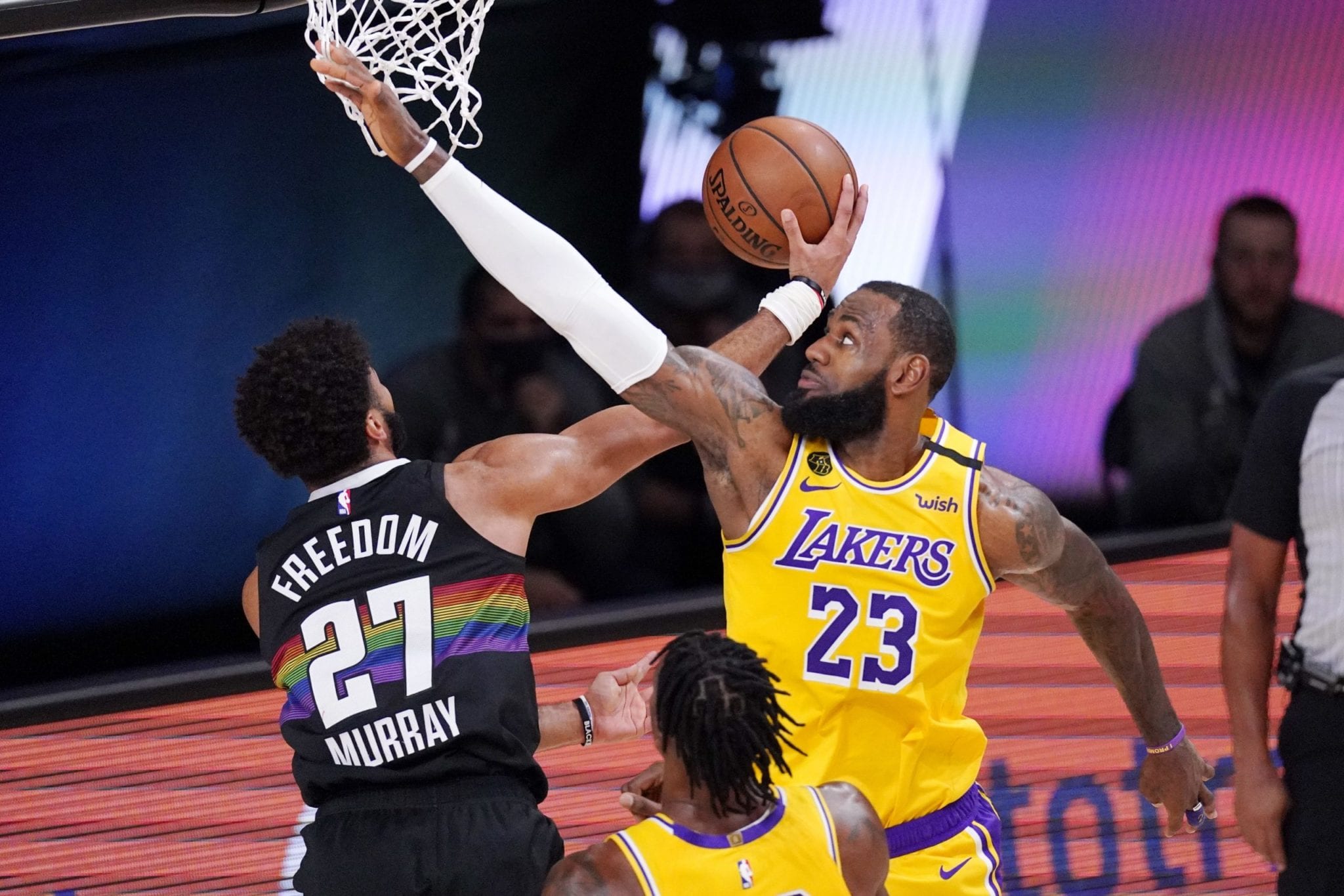 With momentum starting to shift and the series at stake, LeBron James stepped up to shut down the Nuggets Jamal Murray and help the Lakers secure a 3-1 lead.

The 35-year-old James, now in his 17th season, volunteered to guard the Nuggets burgeoning superstar who has mesmerized players and fans alike with his playoff performance in the NBA bubble.

“LeBron asked for the assignment, and obviously I granted it,” Lakers coach Frank Vogel said.

Murray finished with 32 points, eight assists, and some turly remarkable shots, but James and the Lakers came out with the win.

“The kid is special,” James said. “He has an array of shots. Triple threat from the 3, midrange and also in the paint. For me, it’s just trusting my defensive keys. Trusting my study of film. Trusting personnel. And living with the results.

Murray has been having a generational postseason run for the Nuggets, so it was key that the Lakers neutralized him in the clutch.

Now up 3-1 series in the series instead of 2-2, the Lakers will try to finish off the upstart Nuggets Saturday, but that feat may be easier said than done.

But those comebacks came against the Utah Jazz and Los Angeles Clippers.

The Lakers are a different beast.

If  the Lakers find themselves in a tight spot again in this series, you can expect James to step up to the challenge and take that shutdown role.

James, who can guard all five positions and do it well, is in the hunt for his fourth NBA title and the first for the Lakers since Kobe Bryant led the team to the championship in 2010.

LA and Denver tip off Saturday.