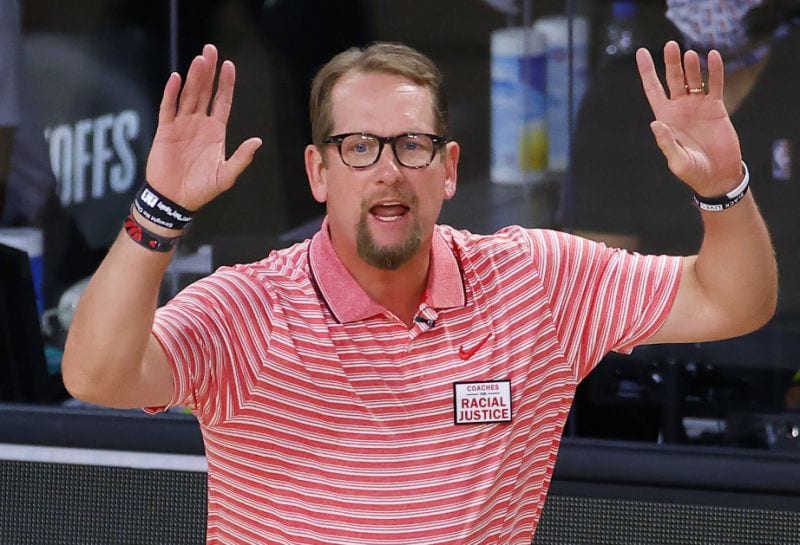 Nick Nurse is committed to the long-term with the Toronto Raptors.

The second-year head coach agreed to a multi-year contract extension that will pay him $8 million annually and keep him in the North for the foreseeable future.

“I love coaching. I love the whole setup here we got, everything,” Nurse said. “For me, I just want to keep doing it. I want to continue to provide this city and this country with a tremendous amount of energy that they can all get behind and be proud of. It means a lot to me that everybody loves a team so much and we can go out there and give them, on most nights, something to really be proud of and play hard and look like we’re organized and look like we’re playing together and all that stuff. I love that part of it.

"Here's where I want to be"

Despite losing Kawhi Leonard during the offseason, the Raptors had a strong showing in the bubble before falling to the Celtics in seven games.

The 53-year-old Nurse spent much of his coaching career in Europe and the NBA G League, eventually joining the Raptors as an assistant.

In his first year as coach, he guided Toronto to its first championship and tallied up a .736 winning percentage in the 2019-20 season, the best in the team’s history.

Nurse will have a strong group of core players next season as the team looks to build on its success.