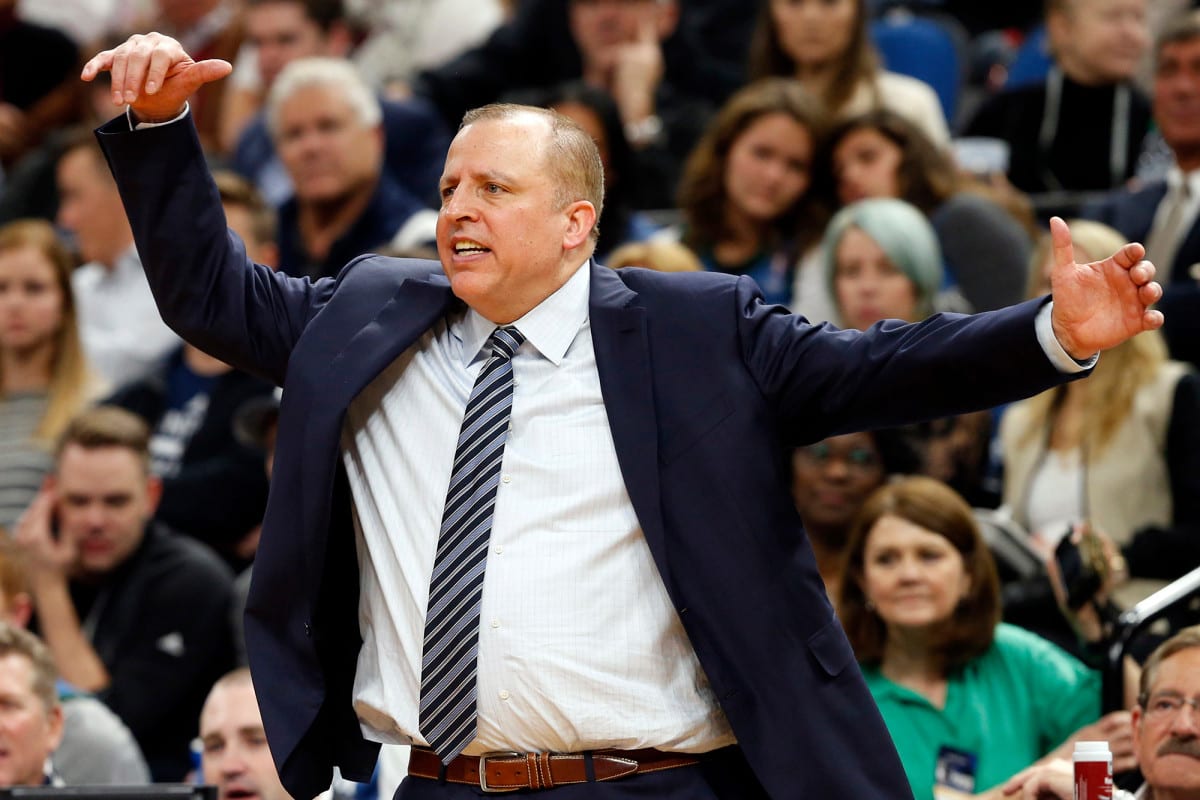 The New York Knicks didn’t have to wait long to get a look at their new head coach, Tom Thibodeau.

The team got together for it’s first practice under the new coach, who was hired last month.

The eight teams that were not invited to the NBA bubble in Orlando are now holding voluntary minicamps in their home cities.

Thibodeau’s media availability was limited to make time for his first practice with his new team, which ran longer than scheduled.

“Usually the first day there’s teaching that goes on,” Thibodeau said with a smile.

“It was a good first day, in terms of what we were able to get accomplished. It took us a while to get out here. We stayed in the city. The start time was a little delayed as well.”

Of course, for all of Thibodeau’s excitement to get started with his new team, he has had to do it while the country still deals with the coronavirus pandemic.

The Knicks, like the other teams not in the bubble, are not looking to prepare for next season, while knowing that with free agency and the draft around the corner, this won’t be the same team to start off next season.

“I think that’s a big challenge in the NBA: How quickly can you adapt?” said Thibodeau.

“Because things always change in the league– whether it is trade, free agency, an injury, you have to adapt quickly. So for us, the focus has to be on the guys who are here. And that’s what we’re doing. Every day we’re thinking about how we can improve as a team and how we can improve individually, and we want that to be our focus.”

“We want to stack days together. We know it starts with fundamentals. We have to build that base, and then we’ll take it from there,” Thibodeau added.

He wasn’t very good with his assist to turnover rate either.

As teams manage the players that volunteer, Thibodeau also has to be aware of some of the players he wont have in practice.

Many players have shied away from the minicamps at the moment due to the amount of contact required for those training sessions.

Tom Thibodeau, 62, looks to lead the Knicks in a new direction while managing the difficult circumstances of the pandemic.