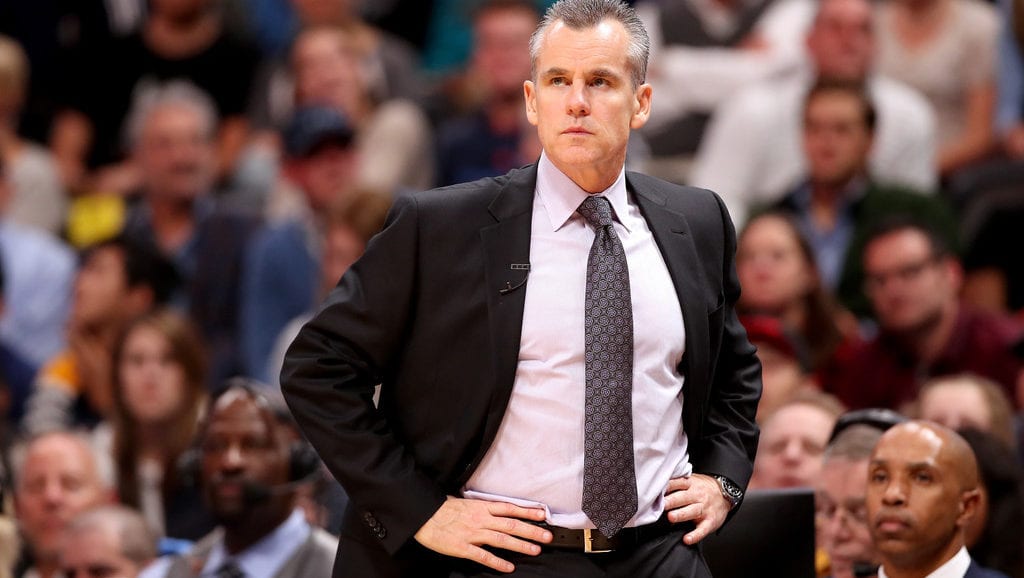 The Chicago Bulls wasted no time snatching up Billy Donovan, announcing that they will hire the former Thunder head coach to lead their team next season.

Donovan brings experience and a playoff attitude to Chicago, which has struggled to win.

The Bulls, who fired Jim Boylen this offseason, were in the market for a head coach pretty early, and once OKC decided to part ways with Donovan, it became clear Chicago would go all out for him.

The Bulls got their guy and now will work on making it back to the playoffs.

Bulls star Zach LaVine was very happy of the hire and even commented under a Bleacher Report post his excitement.

It was well documented that LaVine never got along with Boylen, and his frustrations were often documented on camera during games and sideline interactions.

He made the playoffs every year as coach, but in the last four seasons, he could not lead the Thunder out of the first round.

In 2015-16, as a rookie coach, he had a 3-1 lead over the Golden State Warriors in the Western Conference Finals and we all know how that ended.

But Donovan has coached elite superstars; Russell Westbrook and Kevin Durant, as well as Chris Paul, Paul George, Carmelo Anthony, and Serge Ibaka, so he knows how to handle many different personalities in one room.

The Bulls don’t have as much talent as OKC, but this past season Donovan showed he can work with a young team.

Related Article:  Dell Curry On LaMelo Ball and Hornets: 'His Teammates Love Him'

He helped lead OKC to a seven-game series against Houston, almost pulling off an upset.

A top-three in coach of the year voting, Donovan’s experience should give the Bulls a big boost going forward.