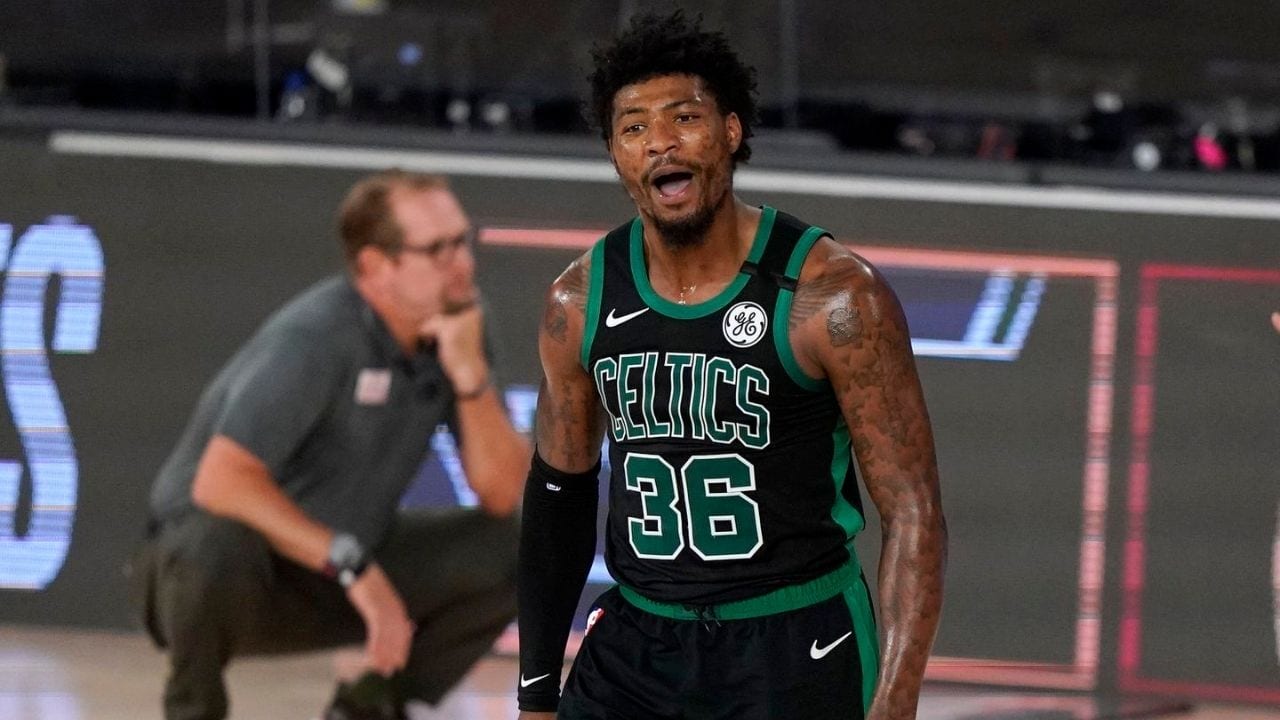 It was the kind of incident that can either make or break a team, and so far, it looks like a win for the Celtics.

Boston is 1-0, after a locker room blowup in which Marcus Smart, Jaylen Brown, and others released their frustrations in a very loud tirade overheard by reporters.

“We’re a family, a family fights all the time. I fight with my brothers all the time. But at the end of the day, we can fight with each other and nobody else can… It’s going to happen,” Smart told reporters Monday.

Marcus Smart opens up about what happened inside the #Celtics locker room after Game 2 pic.twitter.com/PiTD0IDwj6

The sixth-pick of the 2014 draft, Smart scored 20 points in 36 minutes as the Celtics bounced back with a 117-106 win after losing the first two games of the series.

It was a complete turnaround for the team after a reported argument in which Smart had angrily left the locker room saying “y’all on that bullshit,” following their Game 2 loss.

Thanks to the NBA bubble’s locker room location, reporters were privy to the Celtics frustrations but the players shrugged off any reports of discord.

“I would have been more worried after that Game 2 loss if everyone was calm, cool, and collected. That would have been a problem,” said Smart. “We have our families here, but for the most part, they just sit over there, cheer, and it’s a different feel.”

Other than an incident between the Laker guard Rajon Rondo’s brother and the Houston Rockets’ Russell Westbrook, the “fans” in attendance have been subdued compared to a normal crowd.

“He’s our heart and soul,” said Williams. “He’s a guy that keeps us going, keeps us inspired, keeps us competitive. He’s our dog.”