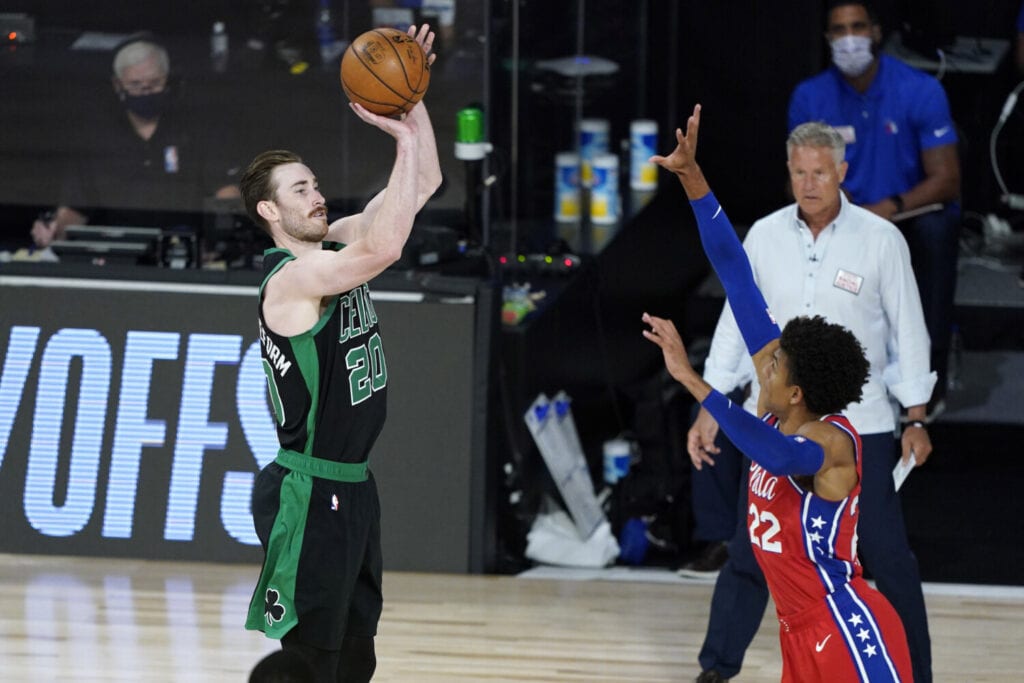 The Boston Celtics are in a 2-0 hole in the Eastern Conference Finals to the Miami Heat, but help could be on the way for Game 3.

Gordon Hayward has been listed as questionable, and if he is able to suit up, and come off the bench, it would be a huge boost to the team.

Celtics upgraded Gordon Hayward (ankle) to "Questionable" for Game 3 vs. Miami on Saturday, an indicator that there's a real chance of his return.

Game 3 is the most important game of the Celtics’ season, so they could use all hands on deck.

Win and Boston has momentum, lose and they’re in a 3-0 hole.

The Celtics have cruised pretty easily through the playoffs without Hayward, but so have the Miami Heat who are the hottest team in the league at the moment.

The Celtics knew they were facing a daunting challenge in the playoffs without one of their most important players.

Hayward who took a while to get back from his gruesome leg injury a few years ago was playing solid basketball before his most recent setback.

He was displaying the confidence he had pre-injury in Utah and was an integral part of Boston’s offense and defense.

Hayward most certainly won’t get back to full speed right off the bat, but if he could at least put in 20 minutes, his spark off the bench would be a big help the team.

Boston needs to be able to keep up with Miami when their starters are not on the court.

There will be an update closer to tip-off, but a questionable tag at this point is pointing in the right direction.