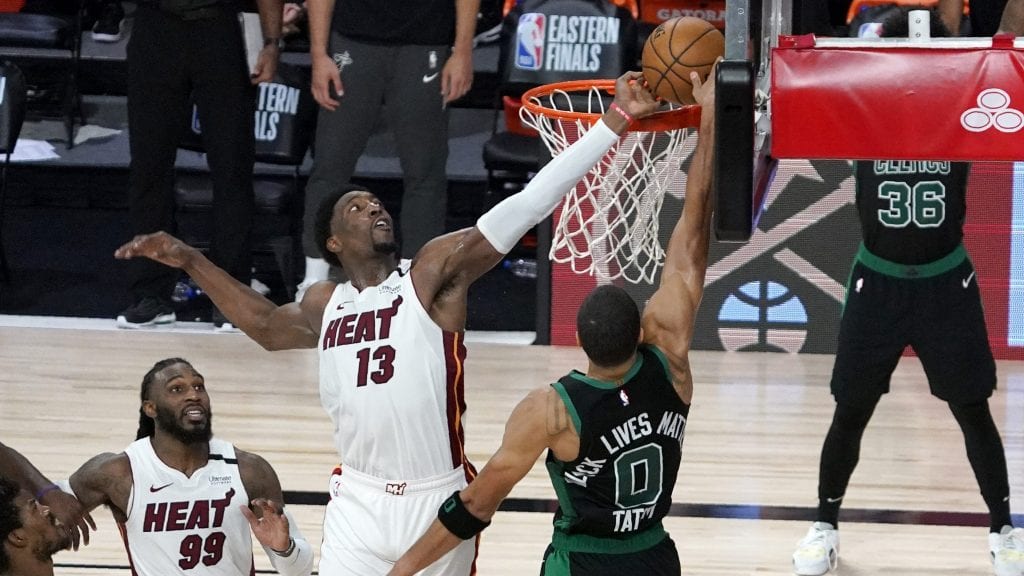 After struggling in the first half of Game 2 with only four points, coach Spoelstra wanted his big man to be more aggressive down the stretch.

“Coach came up to me in the third [quarter] and was like, ‘I need All-Defensive team Bam,'” Adebayo said.

“And from there, I had to start it on defense, and then my offense started flowing with it. So I give all credit to Spo.”

After an incredible Game 1 that included the block of the playoffs thus far, Adebayo got 15 of his 21 points in the third quarter of Game 2, which sparked a 37-17 run to win the game.

It was the latest Heat comeback to date and another reminder to the remaining teams of just how great and dominant Bam can be.

Bam’s play was completely in line with the Heat culture and the way Miami has carried themselves since Pat Riley and Erik Spoelstra started this nearly a decade ago.

The Heat are not a team of bright stars and immense talent, but  players such as Tyler Herro, Duncan Robinson, and Adebayo have put in the work to elevate their games.

With those guys and the veteran leadership provided by Goran Dragic, star Jimmy Butler, former champion Andre Iguodala, and Jae Crowder, the Heat managed to throw off the Celtics and recover from a 17-point deficit.

The grit and heart of the Miami Heat now have them up 2-0.

Bam Adebayo and the Heat look to take a 3-0 lead on the unraveling Celtics.