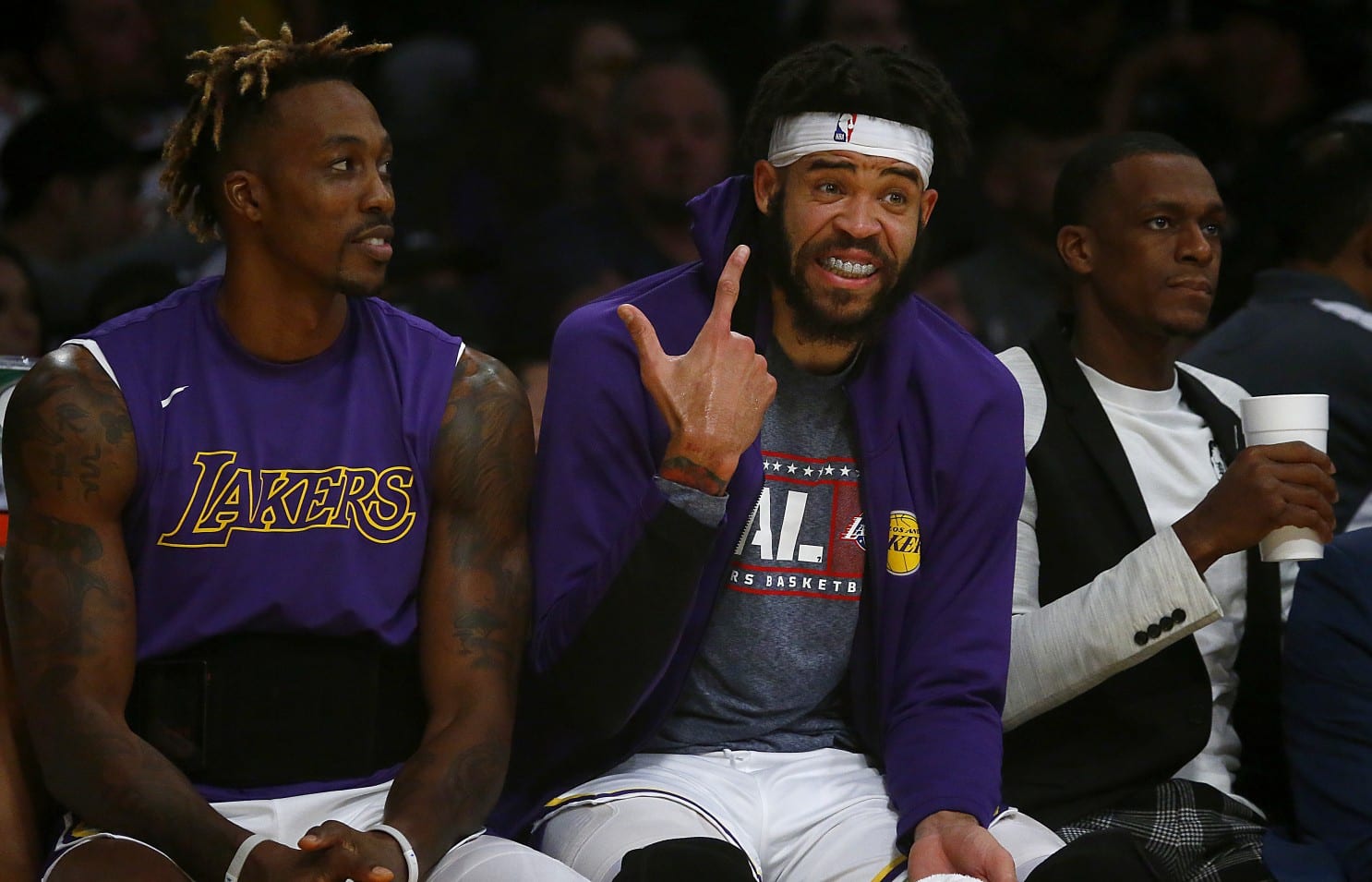 After using small ball to defeat the Rockets, the Lakers will be going big in the Western Conference Finals.

Speaking to reporters Wednesday, Los Angles coach Frank Vogel said he expects to use centers Javale McGee and Dwight Howard in an effort to contain the Nuggets’ Nikola Jokic.

“It does make this series a little different… a lot different, actually…in terms of how much we’ll use our centers. I don’t want to get too much into detail, but obviously we’re going to be the L.A. Lakers, who we’ve been all year.”

With 16 points, 22 rebounds, and 13 assists, Jokic became the first player in NBA history to record a 20+ rebound triple-double in a Game 7.

Denver’s Jokic and Jamal Murray have been the breakthrough duo in bubble play, besting the Utah Jazz and the Clippers after being down 3-1 in both series.

After being hesitant to even play in the bubble, Dwight Howard has seen reduced action since the team resumed playing.

But both he and McGee have embraced whatever role the team needs them to fulfill.

The Lakers go into Friday’s matchup well-rested, but that hasn’t always led to a good Game 1 performance for this squad as they look to win a 17th championship.

Meanwhile, conventional wisdom would say the Nuggets may lack the juice to pull out another series win after going seven games in the first two rounds.

But with young legs, and superior depth, all eyes will be watching Friday to see if the Nuggets can pull out another surprise victory.