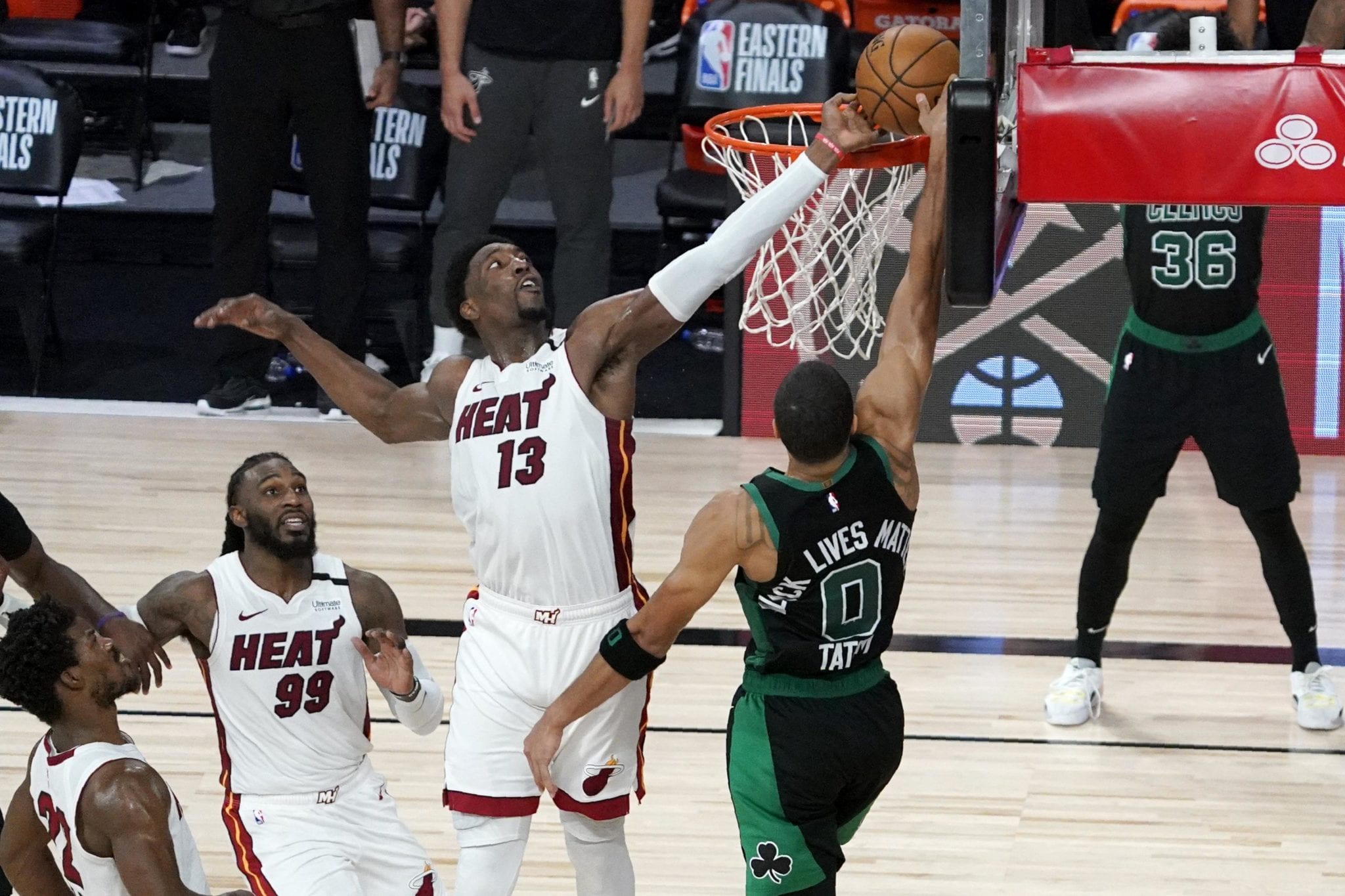 Bam Adebayo came up big for the Heat and sealed Miami’s Eastern Conference Finals Game 1 win with a huge block on Jayson Tatum at the rim.

The Heat were up 116-114 with 12 seconds left in overtime when Tatum took an inbounds pass, drove the lane and went up for a dunk only to be rejected by Adebayo.

The NBA All-Defensive Team player was fouled after grabbing the rebound and made 1 out of 2 free throws with 2.5 left on the clock.

Tatum got one last chance but missed a last-second three-point attempt.

Bam Adebayo made the play of the night at the rim against the Celtics’ Jayson Tatum, to seal a Game 1 win in the Eastern Conference Finals.

The win capped off an incredible game that saw Boston lead by as many as 14 before Miami came back in the fourth quarter to outscore the Celtics by 12 points and secure a 1-0 lead in the Eastern Conference Finals.

After the game, Jimmy Butler spoke to reporters about Adebayo’s big play.

“Bam, that seals the game for us. And I love how he does any and everything you ask him to do,” said Butler.

“You ask him to pass the ball he does that, score he does that, come up with a huge defensive stop, block he does that. He’s a huge part to our winning. I’ve said it all year and I’ll say it again,” added Butler.