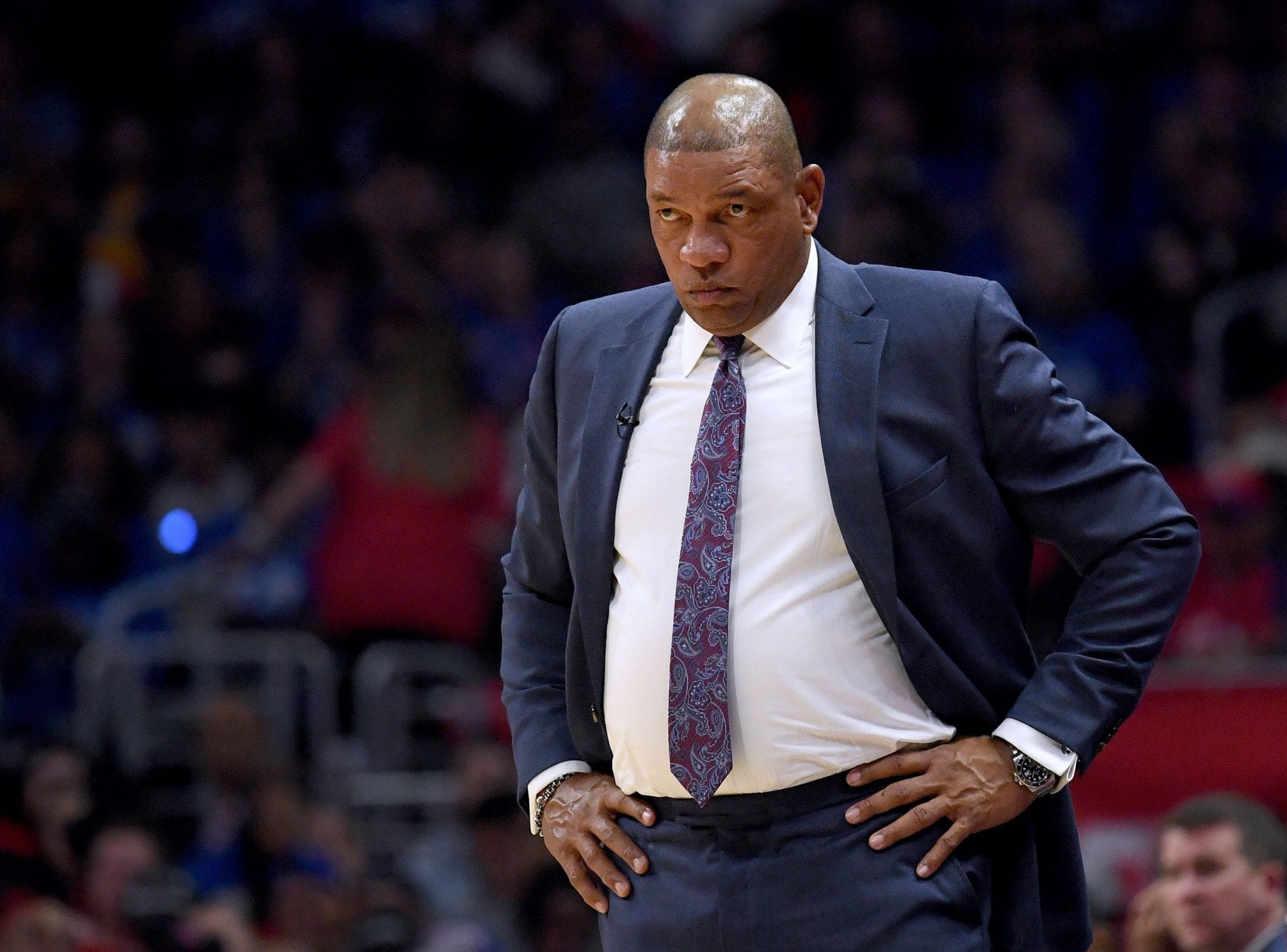 Ahead of a win or go home Game 7 against the Denver Nuggets in the Western Conference Semifinals, Los Angeles Clippers head coach Doc Rivers says that there isn’t any secret reason for what went wrong in Game 6.

“There’s no secret like potion that something happened,” Rivers said on Monday via ESPN.

“I think that’s human nature. You see a guy go down, there’s no call on the play, and then the next thing you know you’re at the free throw line. And give Denver credit because they understood that and they started being aggressive.”

The Clippers have blown two 16+ point leads to the Nuggets in the series, and have relinquished a 3-1 series lead.

But despite the Clippers struggles with closing out the Nuggets, Rivers is confident that his team will be able to figure it out on Tuesday.

“Rah-rah speeches are very overrated,” Rivers said in regards to what he’ll tell his players before Game 7.

“They last about three minutes … there’s no like secret speech. That’s for the movies.”

Rivers is no stranger to Game 7’s, having coached several of them during his tenures with the Orlando Magic, Boston Celtics and Clippers.

The Clippers players will look to rally behind their head coach going into Game 7 against the Nuggets on Tuesday at 9PM EST.