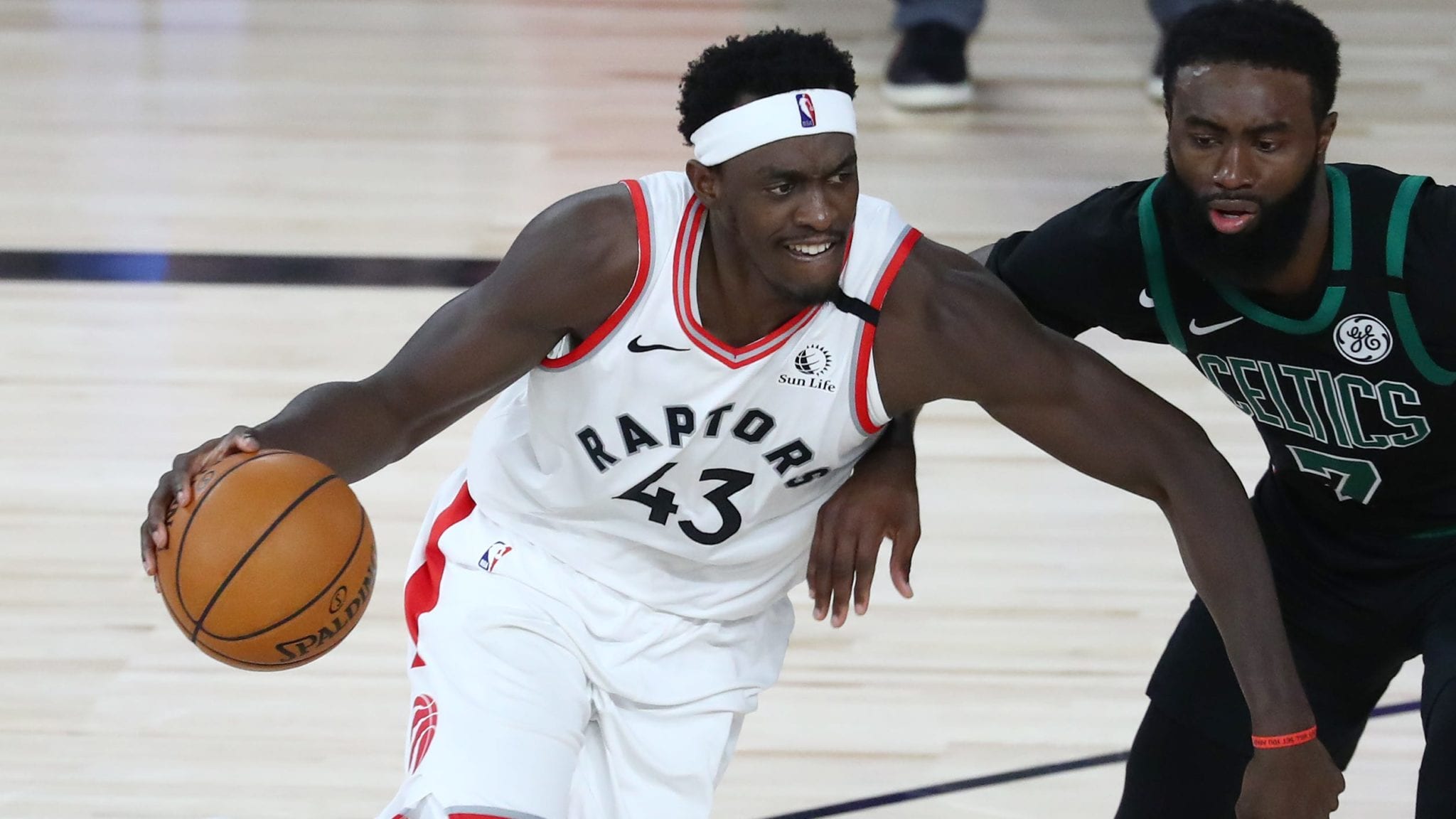 The Toronto Raptors were counting on All-Star Pascal Siakam to help carry the team as they defended their NBA title in the bubble.

Unfortunately, the defending champions were knocked out in the second round by the Boston Celtics on Friday night 92-87.

The fourth-year forward gave a great effort on the defensive end, but his offensive game just wasn’t there.

Siakam put much of the blame on his 26-year old shoulders.

“Obviously, I have to be better,” Siakam said.

“It was definitely a learning moment for me just learning from this experience and just learning that you’ve gotta be ready and I wasn’t able to help my teammates. I take a lot of the blame, man.”

His averages of 23.6 points per game on 45.9 percent and 35.9 percent from deep before the stoppage happened earned him an All-Star selection, his first.

He also got an extension that he signed in the offseason.

However, upon the restart, Siakam’s offense just fell off.

In the seven seeding games, he averaged 16.9 points on 39.4 percent shooting while shooting 35.6 percent from behind the arc.

Even worse, was his three-point shooting.

For the playoffs, he went an abysmal 10-of-53, which equates to 18.9 percent, from three-point land.

Despite the bad performances, Siakam’s teammates and coaches had his back.

Toronto looks to bounce back next season with their strong core intact.

As for Pascal Siakam, he’ll have plenty of time to work on his game during the offseason.