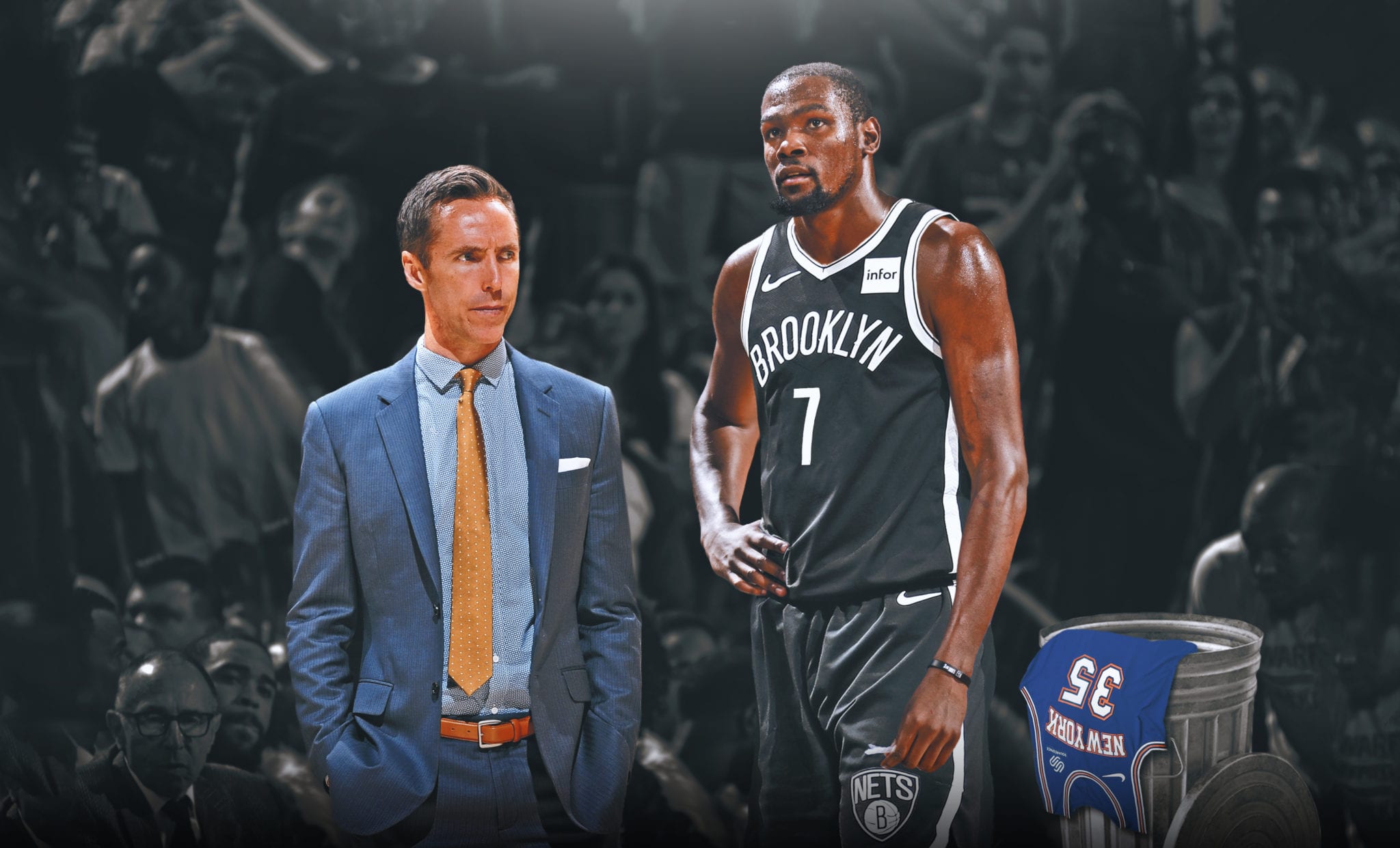 Kevin Durant has spoken publicly about Brooklyn’s hiring of Steve Nash for the first time, while also lifting the lid on why he chose the Nets over the Knicks.

Speaking on Thursday in an interview with JJ Redick, who has been interviewing every NBA player  under the sun for his podcast, Durant said Nash had all the qualities he looked for in a head coach.

“His insight for the game, his communication, how he communicates the game of basketball is definitely going to help me as a player develop and it’s going to help the rest of the team,” Durant told Redick and producer Tommy Alter.

Durant said he was fortunate enough to work out with Nash seven or eight years ago, an experience which gave him an insight into how the former two-time MVP thought about the game.

“Every time I’m in the gym with him, I was always like a sponge,” Durant said. “I’m looking forward to this man. I always feel like I’m a student of the game. Somebody who has experienced so much and played in different eras, I’m looking forward to him teaching me some more things about it as well.”

Durant’s comments followed Nash telling reporters on Wednesday that he had developed a close bond with Durant ever since he was introduced to him by current Nets assistant coach Adam Harrington.

Nash also had the chance to work alongside Durant when he held a consultant role with the Warriors.

Meanwhile, in the same interview with Redick and Alter, Durant also opened up about why he didn’t sign with the Knicks, as just about everyone expecting him to.

“No, I never planned on it — going to the Knicks,” he said. “That was just the media putting that out there… I think the media just hyped it up and wanted to create drama around our team so much and around me that they made up this Knicks thing.

“So I felt like Brooklyn was what I’m all about: chill, on the low, all black everything. We quiet, just focused on basketball. There’s no show when you come to our games. No Madison Square Mecca, all of that s***. We just gonna hoop and build something new in Brooklyn. I felt that way in February, leading up to March and then once free agency hit it was time.”

The fact that the Knicks organisation was (and is) a top-to-bottom dumpster fire presumably weighed into Durant’s thinking as well.