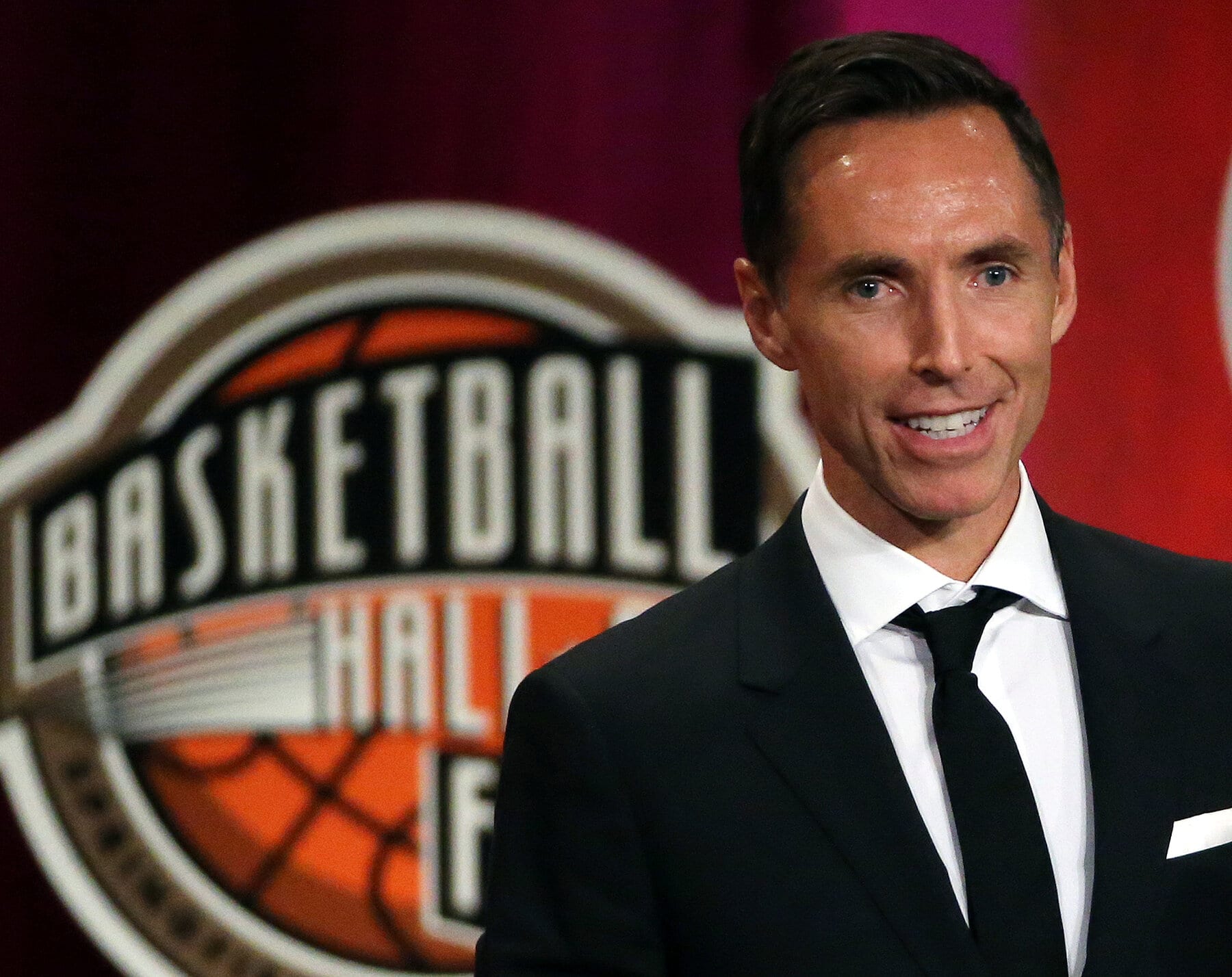 Two-time MVP, eight-time NBA All-Star, three-time All-NBA First Team, Steve Nash’s playing credentials were enough to get him enshrined in the Naismith Memorial Basketball Hall of Fame and, he reasons, to get him an NBA head coaching gig.

Nash has been on the receiving end of vocal criticism for his lack of experience after being named head coach of the Brooklyn Nets.

The former Phoenix Sun acknowledge the deficit but pointed to his 18-year career for his edge.

“Well, I did skip the line, frankly,” Nash said during a virtual introductory news conference at the Net’s practice facility. “But at the same time, I think leading an NBA team for almost two decades is pretty unique. So while I haven’t necessarily learned some of the skills that I’ll definitely seek to understand and learn as far as the technical aspects of coaching, I was never far from that.”

Nash spoke with ESPN’s Rachel Nichols and said he is incredibly lucky to coach great talents such as Kyrie Irving.

"It's time for me to step out and take a challenge."

Nash was picked to lead the team over several experienced and successful candidates such LA Clippers’ assistant and former Cleveland Cavaliers’ head coach Tyrone Lue and the Nets’ own assistant coach Jacques Vaughn, who had tremendous success with the team when he took over head coaching duties.

Nash acknowledged why some may think other candidates were more deserving.

“Our society has a lot of ground to make up. I’m not saying this position was a factor, as far as white privilege. … I think, as white people, we have to understand we have a certain privilege and a benefit by the color of our skin in our communities. We have a long way to go to find equality and social and racial justice. I hope that I’m a great ally in that cause.”

All eyes will be on Brooklyn when the team takes the floor for the first time with their new head coach and Kevin Durant next season.