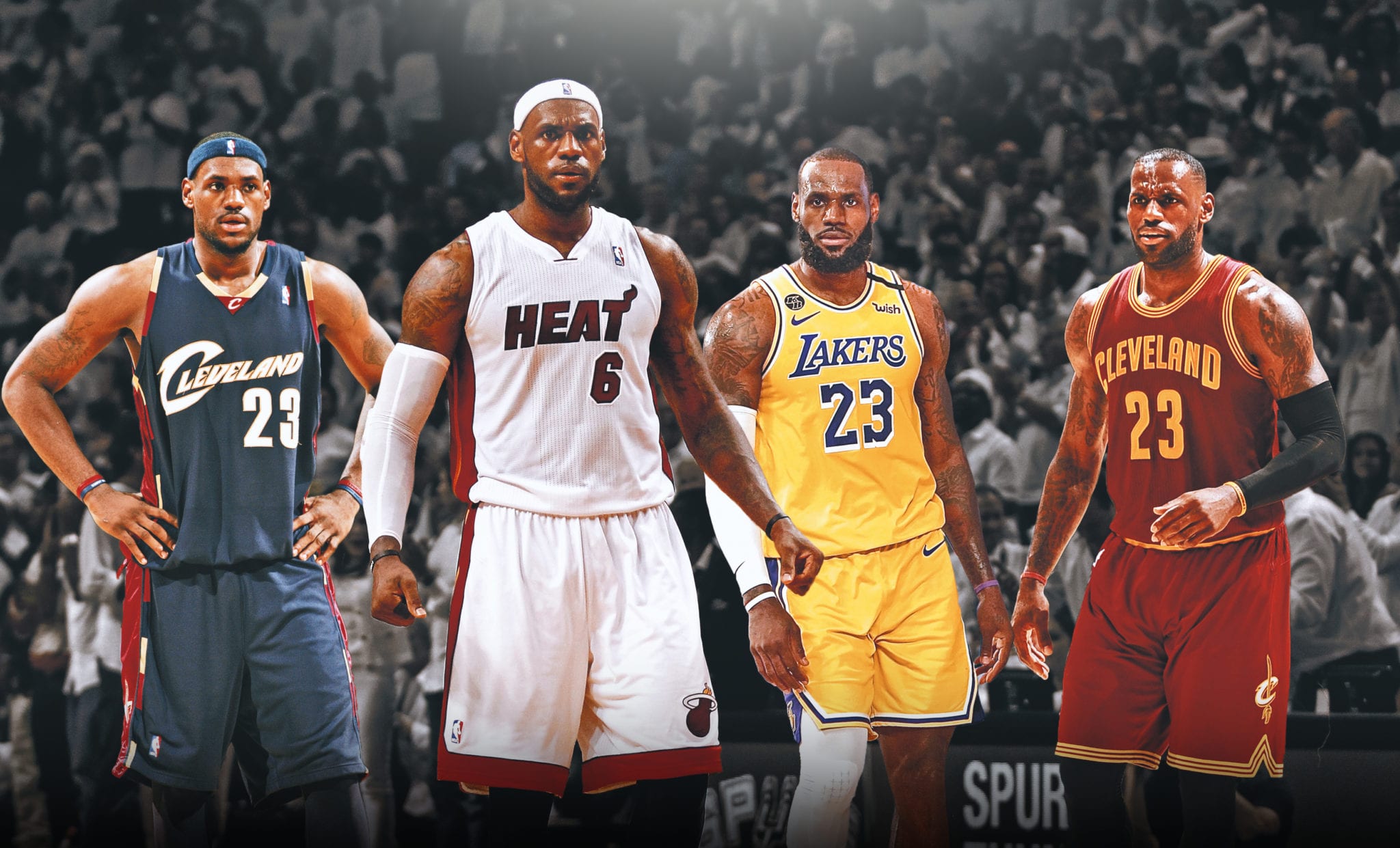 LeBron James was at his absolute apex in Miami, and while that’s no great secret, his championship teammate Chris Bosh has opened up on why exactly that was the case.

“I think us as a unit, the way we played the game… he was able to play off the ball a lot,” Bosh said on JJ Redick’s podcast on Monday.

“Once he went to Cleveland he had the ball in his hands more and he was asked to do more… that’s still the case in LA and I don’t know how he keeps up with it. But at that time [in Miami], we could have him off the ball, have him working off cuts and make plays for him, get him in the post, get the pick and roll going.”

“He had Ray Allen to kick it to, James Jones, Mike Miller, dead-eye spot up shooters,” Bosh said. “I think that made him a little more dangerous.”

Back then, James himself was enjoying a career-best shooting stretch. Playing with Bosh and Dwyane Wade spread opposing defences incredibly thin, and he took full advantage. In fact, LeBron’s two best shooting seasons – from the field and the three point line – were both with the Heat. That’s despite spending just four of his 17 seasons in Miami.

James shot 56.5 percent from the field and 40.6 percent from three in 2012-13, and backed that up with 56.7/37.9 splits the following season. And Bosh will always remember when LeBron maintained a near 60 percent shooting stretch for a two and half months.

“He wasn’t missing,” Bosh said. “It made it easy, I was like ‘alight cool, I’ll be here on defence getting some stops. I’ll be open whenever you guys need me. He was very, very motivated to be successful. That second year [in Miami], he was on another planet. It got to the point where… I’m a pretty good basketball player but I’m kinda just watching him doing his thing.”

Interestingly, there was a world in which Bosh could’ve reunited with James in LA. The two-time NBA champ held out hope for a comeback for three years after being sidelined with blood clots in 2016, and his name was linked to the Lakers on numerous occasions. He even stopped by the team’s practice facility several times.

With LA almost certainly willing to take a flyer on Bosh, Bosh’s likely willingness to accept a small deal in order to save his career, and LeBron undoubtedly giving his tick of approval, the one hurdle that could never be cleared was the risks that came with Bosh’s health condition.

Ultimately, he decided to play it safe, and instead of lacing them up alongside LeBron once more, he’ll be watching the Lakers’ playoff run from home just like the rest of us. At least he’ll always have the memories of winning championships in Miami and having the best seat in the house for LeBron’s greatest years ever.