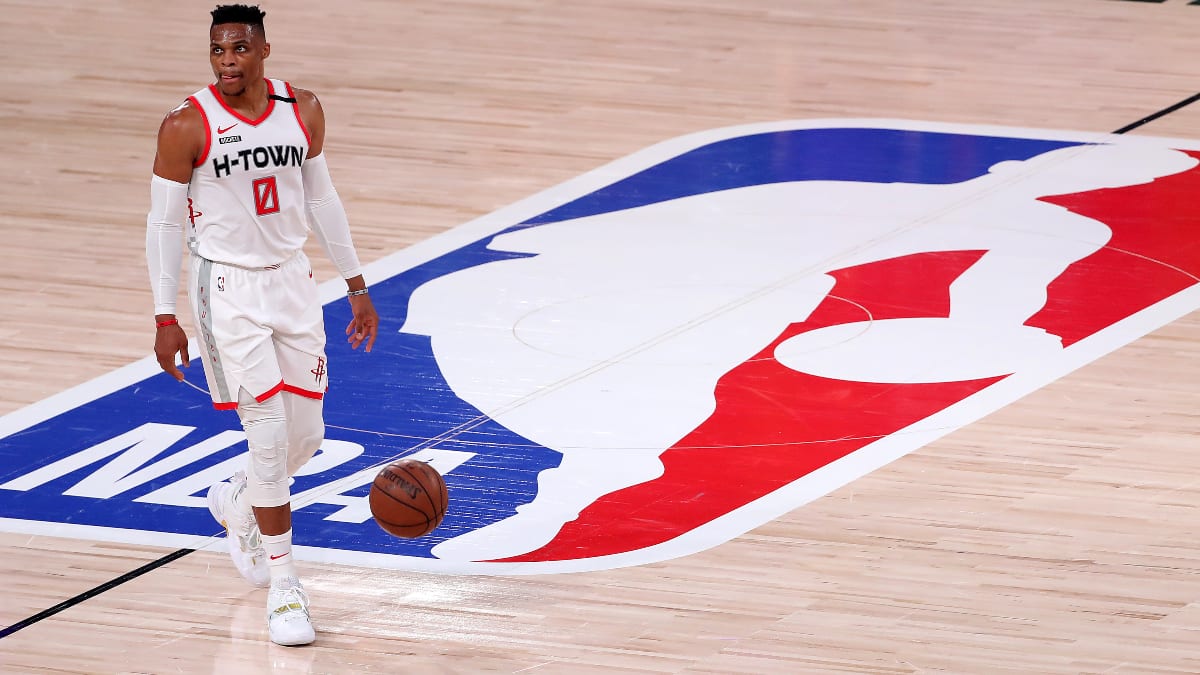 Russell Westbrook struggled mightily in the Houston Rockets’ loss to the Lakers on Sunday night.

Early in the season the Rockets had a simple solution for the double teams thrown at James Harden.

Spread the floor, have no center present, and let Westbrook “rock the baby” on the other team.

With the good results, Houston saw less and less extreme defenses as teams had to be weary of both Harden and Westbrook.

Unfortunately, that extreme defense came in large doses in Game 2 and saw the Lakers win the game to tie the series 1-1.

Westbrook, a man who is not short of confidence, admitted he has struggled to get comfortable during the game.

“I’ve got to look at film and figure out how to be effective.”

Houston at one point trailed in the game by as many as 21 points, but mounted an impressive third quarter comeback that gave them a two point lead going into the fourth.

Westbrook, had an abysmal showing, going 4-for-15 with 10 points and four assists, but also had seven turnovers.

A combination of a quad injury in the bubble, and a positive COVID-19 test leading to Westbrook coming to the bubble late, have hindered Westbrook’s ability to get into any kind of rhythm for the Rockets.

Upon his return to the Rockets in Game 5 against the Oklahoma City Thunder, it was clear he was no where near the beast the league feared prior to the hiatus.

In five playoff games, Westbrook is averaging 15.6 points, and 4.4 assists while shooting 39.1 percent from the floor.

There was another alarming stat for the Rockets to worry about.

With Westbrook on the floor for 33 minutes, Houston was outscored by 14 points.

Westbrook was the only one with a negative plus-minus among the Rockets starters.

Another unusual aspect about Russell Westbrook during Game 2 is how much he relied on the three point shot.

In Game 2, Westbrook went 1-of-7 from behind the arc, by far the weakest part of his game.

The seven turnovers is also another area that immensely hurt Houston, as the Lakers managed to convert a good number of those turnovers into points.

“Some of it is my fault; some are missed calls,” Westbrook said.

He also had a different resposnes when a reporter asked if he was in a funk.

When asked about his shooting struggles, Westbrook responded with “That happens. It’s OK. I’m going to come back next game and be ready to go. The series is 1-1.”