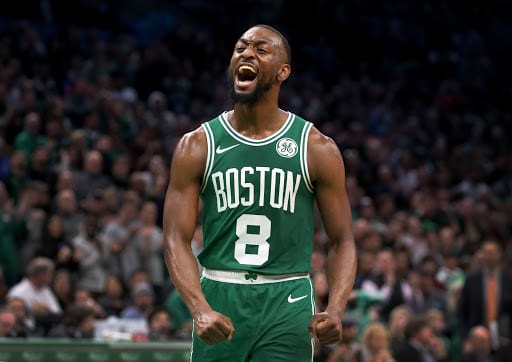 Boston Celtics’ first-year guard Kemba Walker knows how the team can get back in the win column.

“We just gotta be better,” the Celtics star told reporters after the game.

On the verge of going up 3-0, Boston and the Toronto Raptors are now tied at two games apiece in the Eastern Conference Semifinals.

After a strong start in the first two games, Walker struggled from the field, shooting 4-for-9 for 15 points, and handing out eight assists in the Celtics 100-93 loss.

As a team, the Celtics shot 7-35 from outside the arc.

“We just really missed. We missed a lot of open ones that we know we can make. Like I said, we gotta make them. We have to make shots. When guys get shots, when guys are open, we gotta knock them shots down.”

The Raptors didn’t fare much better from three-point range, shooting 17-44, but they managed to pull out the win behind Pascal Siakam’s 23 points and 22 points from Kyle Lowry.

Jayson Tatum carried the Celtics with 24 points, while Jaylen Brown tossed in fourteen on 4-for-18 shooting.

Despite the loss of Kawhi Leonard during the offseason, the Raptors are playing to win and have shown the resilience of champions.

“That’s what it comes down to; fight. We have to be ready to fight for our lives next game and keep playing good basketball. Open shots just didn’t go down. Tough night.”