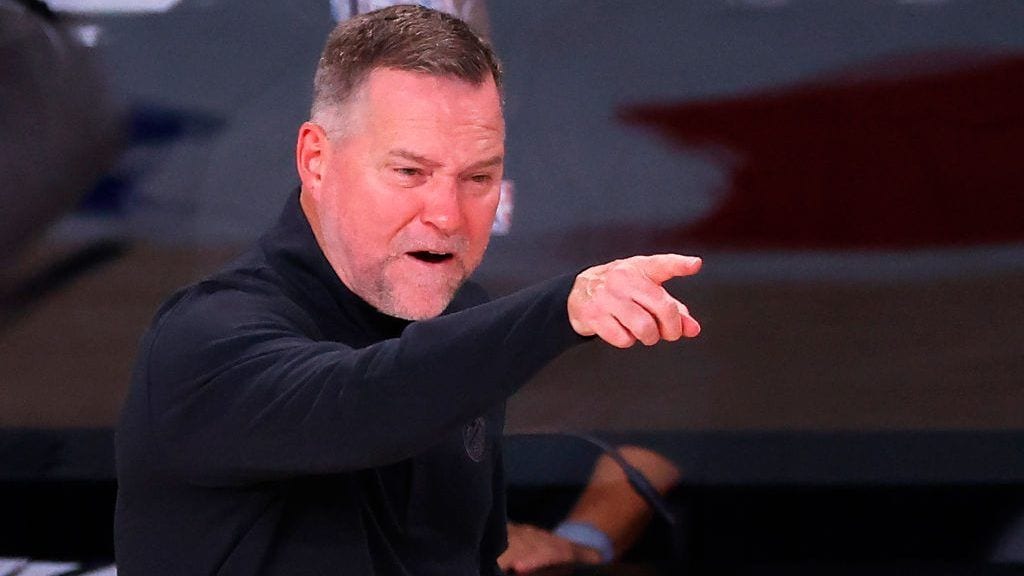 The Nuggets’ coach gave his thoughts while being interviewed, saying he needed to get something off his chest.

“The players have their families here, which they deserve, which is the right thing to do. The referees are allowed to bring one guest, which is great for the referees. The coaches, the coaches are not to bring anybody.”

Denver coach Mike Malone points out that it’s Day 60 in the bubble and he thinks it’s “criminal in nature” for the NBA not to let coaches bring in families. “I say shame on you, NBA. This is crazy. I miss my family.” pic.twitter.com/oBTve7zB3m

The NBPA and the National Basketball Referees Association collectively bargained on several issues and amenities to encourage their respective members to participate in the NBA restart.

Among the things discussed was the inclusion of family members and guests.

Players are currently allowed to have guests join them in the bubble while refs will be permitted one guest once the Conference Finals begin.

“Due to the highly contagious nature of COVID-19, limiting the number of people on campus was always a top priority,” said a league spokesman.

“We agreed that players could bring in a limited number of family and close relations beginning with the second round of the playoffs.”

Coach Malone has expressed his frustrations with the situation and said he had hoped the league would ease off the restrictions.

Should the Nuggets make it to the NBA Finals, it would be 90 days since the coaches saw their families.

“I say shame on you NBA,” said Malone.

“This is crazy. I miss my family. And I think I speak for me, I speak for my coaches and probably all the coaches down here. Sixty days and not having access and being granted the privilege to have my family come here to me is criminal in nature, and that shouldn’t be at all. So I wanted to get that off my chest.”

Malone and his Nuggets prepare for Game 2 of their second-round series against the LA Clippers.