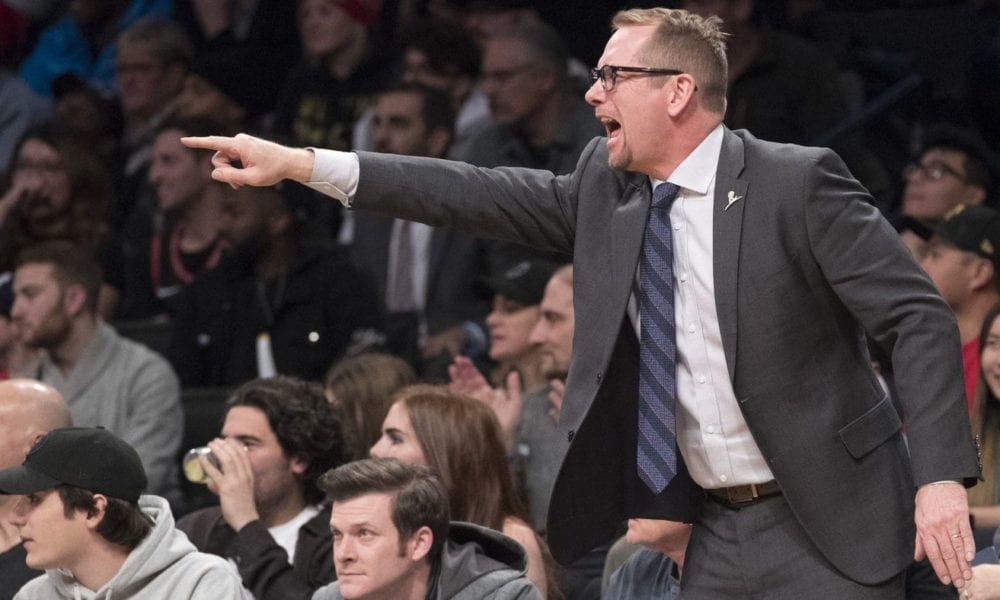 Nick Nurse is crediting and old Hubie Brown DVD for helping the Raptors to a last-second victory and avoiding a 3-0 deficit against the Boston Celtics.

The out of bounds play was run to perfection and led to a game-winning 3-pointer as time expired.

The comeback could be a huge turning point in the series, but it remains to be seen if the win kickstarts Toronto.

Nurse told The Undefeated’s Marc Spears about a set of DVDs from 2008 that featured various basketball coaches talking about different plays.

The one he remembered most featured Hubie Brown, and when the Raptors had 0.5 seconds left to steal a victory, he went to Brown’s play.

Point-five seconds was just enough time to catch and shoot, but the shooter had to be open when he caught the ball.

Kyle Lowry, the 6-foot guard, somehow got the pass over 7-foot-5 Tacko Fall and into OG Anunoby’s hands in the opposite corner — said it was for VanVleet first, then Siakam as the second option.

As smooth as the play turned out, it’s amazing to know Anunoby was a third option.

Toronto will look to ride their last-second high into Game 4 against the Celtics on Saturday.