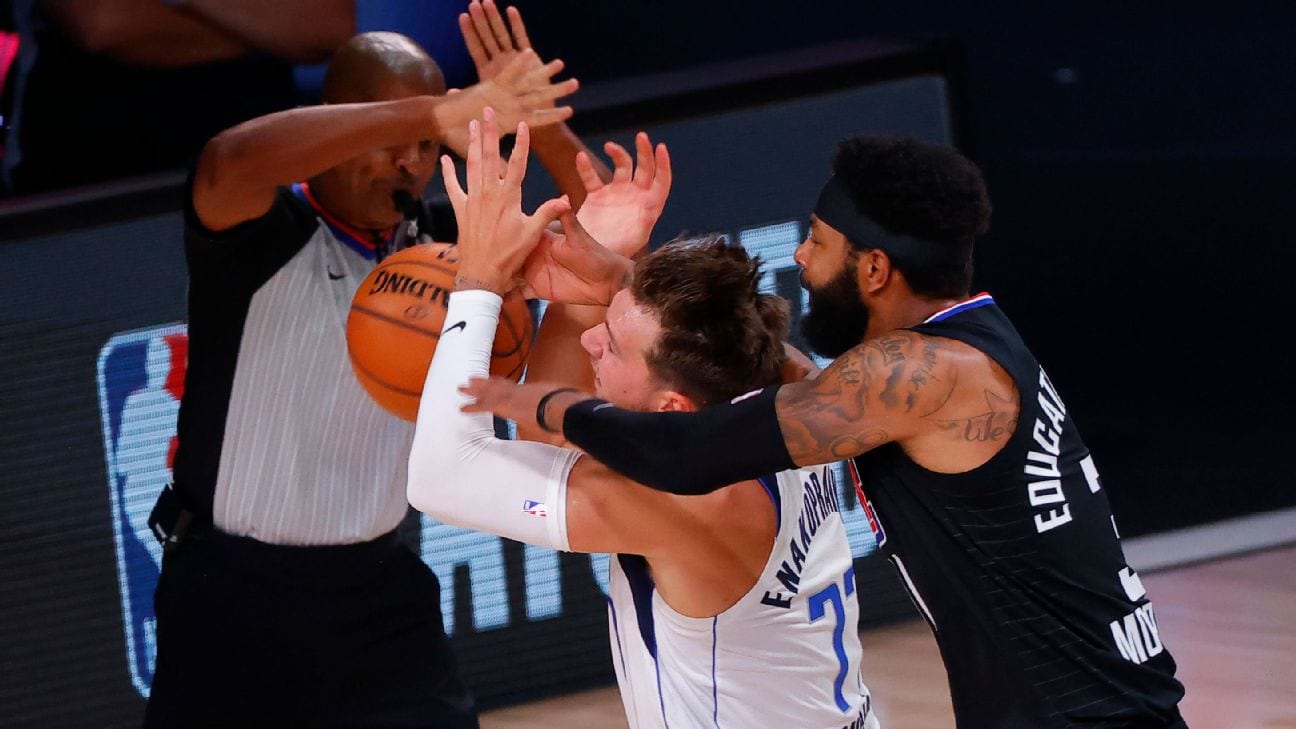 The NBA has announced that Dallas Mavericks star Luka Doncic has been fined $15K for throwing a ball at referee Billy Kennedy in game six of the Mavs’ first round series against the Los Angeles Clippers.

Doncic was given a technical foul for the action which carries a minimum fine of $2k.

Morris Sr. was given a flagrant foul 2 which resulted in an ejection and a minimum penalty fine of $2K.

Doncic and Morris Sr. were combative all series, with the latter often antagonizing the former on the offensive end.

“I don’t want to deal with that kind of player [Marcus Morris Sr.]. Just move on,” Doncic said via ESPN.

But whereas Doncic was clearly affected to some degree by Morris Sr., Morris Sr. had nothing but good things to say about his play.

“He’s going to be the face of the league. I’ve taken into account all of that. I have been around for a while. I know how this thing works. … I am a grown man. I stand on my own. Like I said, I didn’t mean to step on his ankle. They can say the stuff that they want to say, this and that, on Twitter. … Whatever they want to say, they can say it. I am going to continue to play, happy that my team is in the second round,” Morris Sr. said.

The Clippers will begin their second round series against the Denver Nuggets on Thursday.