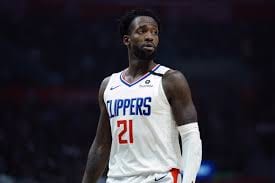 The Los Angeles Clippers could have some help for their second round series against the Denver Nuggets as they feel confident they will get their starting point guard Patrick Beverley back. He would help boost the defense and give the team another ball handler against a deep Nuggets team.

“You’ll see him for sure,” Rivers said Wednesday when asked if Beverley will play at some point during the best-of-7 series. “I’m pretty sure tomorrow [for Game 1], but I can’t guarantee that.

It will be a good welcome back for a Clippers team that struggled to defend the Mavericks. Especially with a red hot Jamal Murray coming into the series. The Nuggets also carry momentum coming off a series that they were able to overcome a 3-1 deficit against the Utah Jazz.

Beverley has missed the last five games and 10 of 11 with a strained calf. He doesn’t provide a huge boost on offense, but his defense is what the Clippers resigned him for. He can use his energy to help contain the perimeters and wear down the Nuggets plethora of guards.

The Clippers know this season is win or bust. They didn’t mortgage their future for anything less then a championship. So having all hands on deck, will help them chase their goals of winning the first championship for the franchise.

Landry Shamet has started in Beverley’s place and has provided good offense for the team. It will be a boost to their second unit for him to return there. As the Clippers bench is already stacked with two sixth man of the year candidates.