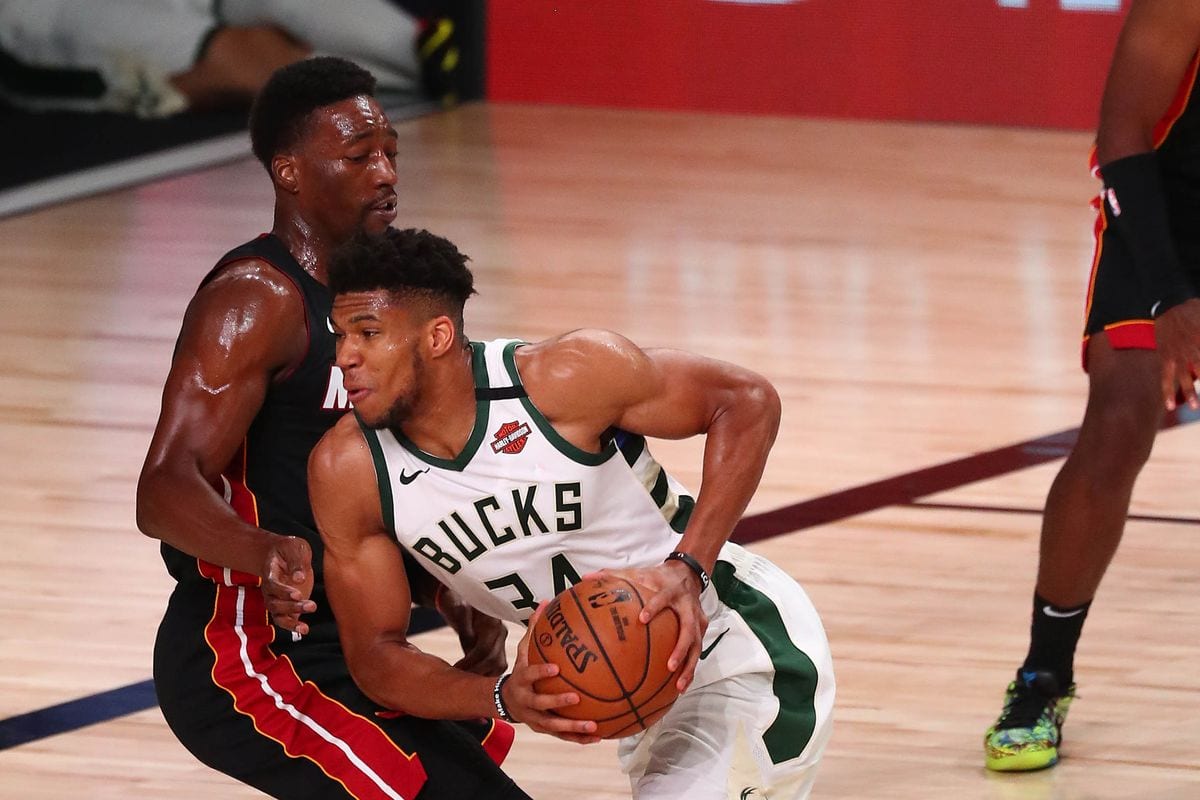 With the Milwaukee Bucks dropping another Game 1, this time to the Miami Heat, Bucks coach Mike Budenholzer is now considering putting Giannis Antetokounmpo on Jimmy Butler.

The Bucks weren’t blown out, but their veil of invincibility is all but gone.

It’s now Budenholzer’s turn to figure out how to slow down Butler, who was a relentless force against the Bucks defense, dropping 40 points.

Milwaukee declined to put the newly minted Defensive Player of The Year, Antetokounmpo, on Butler down the stretch.

In fact, according to NBA.com’s tracking data, Giannis spent a total of 38 seconds guarding Butler.

The likes of Wes Matthews and Kris Middleton spent the majority of the game defending the Heat star.

Naturally, people questioned why Antetokounmpo did take up the task himself.

Giannis was questioned whether he asked to defend Butler during his media availability after the game.

He basically said no because he’d do whatever Mike Budenholzer asked of him that night, and that assignment just happened to not be asked of him.

Bucks’ Giannis Antetokounmpo on whether he asked to switch onto Heat’s Jimmy Butler during late-game explosion: “To guard him? No, I didn’t. Why would you ask that? I’ll do whatever coach wants me to do.” pic.twitter.com/IFpR5pk1s1

The next day, Budenholzer revealed that the Antetokounmpo on Butler matchup is being considered as an option for Game 2.

However, Jimmy Butler is not the only problem Milwaukee had in Game 1.

If Milwaukee expects to come out of this series they must defend better as a five-man unit, especially making sure Butler doesn’t go one-on-one and cause more havoc on the Bucks defense.

Much of the Bucks’ success comes from Antetokounmpo’s ability to patrol and dominate the paint.

However, if Butler is going to be this hot all series long, then it might require taking Giannis Antetokounmpo away from the rim more to stay on Miami’s best player.