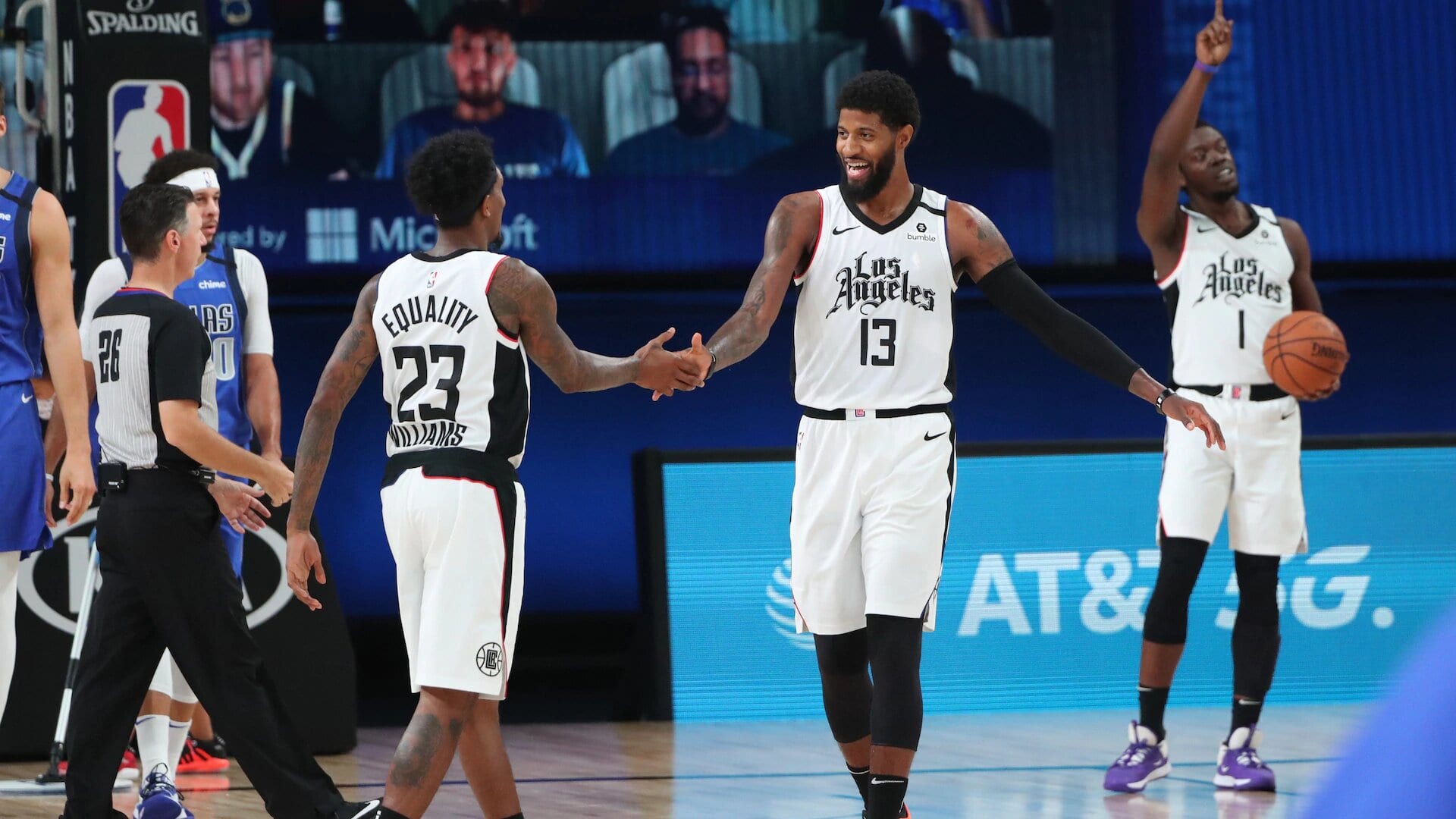 After rounds of emotional meetings on Wednesday, the Paul George and Kawhi Leonard-led LA Clippers will resume play against the Dallas Mavericks on Sunday, and when the team takes the court, they’ll be closer than ever.

“Absolutely,” said George of the events that have brought the team together the last three days.

“I mean, this is a roller coaster. It’s a roller coaster being in here, so all of us are riding this wave together, and it’s an experience we’ll all take away from it. But we definitely got closer.”

The Clippers and Lakers were the only two teams that voted not to continue the season amid the Jacob Blake shooting in Kenosha, Wisconsin, but ultimately the players voted to continue the playoffs.

The three-day hiatus started when the Milwaukee Bucks made a decision internally to not play Game 5 against the Orlando Magic.

On the same day, the Rockets, Thunder, Lakers, and Blazers also opted out.

The Clippers, like many of the teams and players in the bubble, held difficult conversations amongst each other as well as other teams.

“We had to spend two days of talking and having uncomfortable conversations,” George said.

“You know, you got to see different guys’ interest, and there was just a lot laid out on the table that the whole team kind of talked about. We definitely got closer.”

The Clippers have been working on their chemistry since training camp back in October.

Injuries and the coronavirus hiatus have made that a difficult task, despite playing fairly well most of the season.

“I think every team is closer because of the last 48 hours,” Rivers said.

Another topic brought up in the meeting according to Rivers was mental health.

In fact, Paul George himself admitted after Game 5 that he underestimated the role mental health plays in the bubble environment.

George said he suffered from anxiety and depression during his shooting slump during Games 2, 3, and 4.

The first-year Clipper even sought a team psychiatrist, friends, family, and his teammates for help.

“First, I wasn’t just gonna cave in immediately,” said George of fighting through what he was feeling.

“If it got severe, I think my teammates would have understood if I needed to walk away from this. But all it took was me seeking help and seeking advice, and starting from there, it helped. It put me in a different place.”

He and the Clippers look to close out the resilient Dallas Mavericks on Sunday in Game 6.