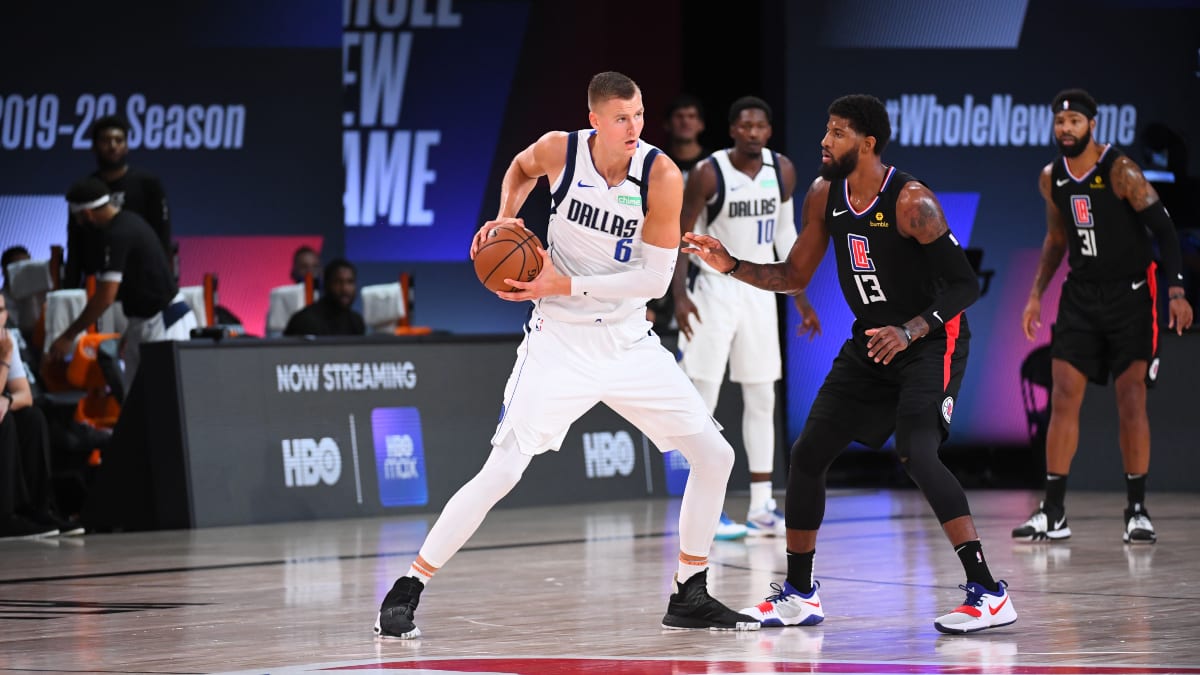 After sitting out the last two games of their first-round playoff series against the Los Angeles Clippers, Dallas Mavericks big man Kristaps Porzingis has been ruled out for the rest of the season.

Porzingis, who started experiencing soreness in his right knee after Game 2, has a lateral tear in his right meniscus.

The team’s statement went on to say that, “further treatment options are being explored  at this time.”

The injury was sustained after their loss in Game 1 according to the team.

Porzingis was listed as questionable prior to Game 2, but he played and helped the Mavs win, scoring 23 points and grabbing seven rebounds in 36 minutes of play.

While the knee injury wasn’t mentioned on the Game 4 injury report, Porzingis ended up being a late scratch with minutes to go before tip-off after reporting soreness.

On the morning of Game 5, he was downgraded to questionable.

After suffering a torn left ACL with the New York Knicks, the Mavs traded for Porzingis and paired him up with young superstar Luka Doncic.

Dallas re-signed Porzingis to a max deal worth $158 million over five seasons.

The Clippers and Mavericks play Sunday.