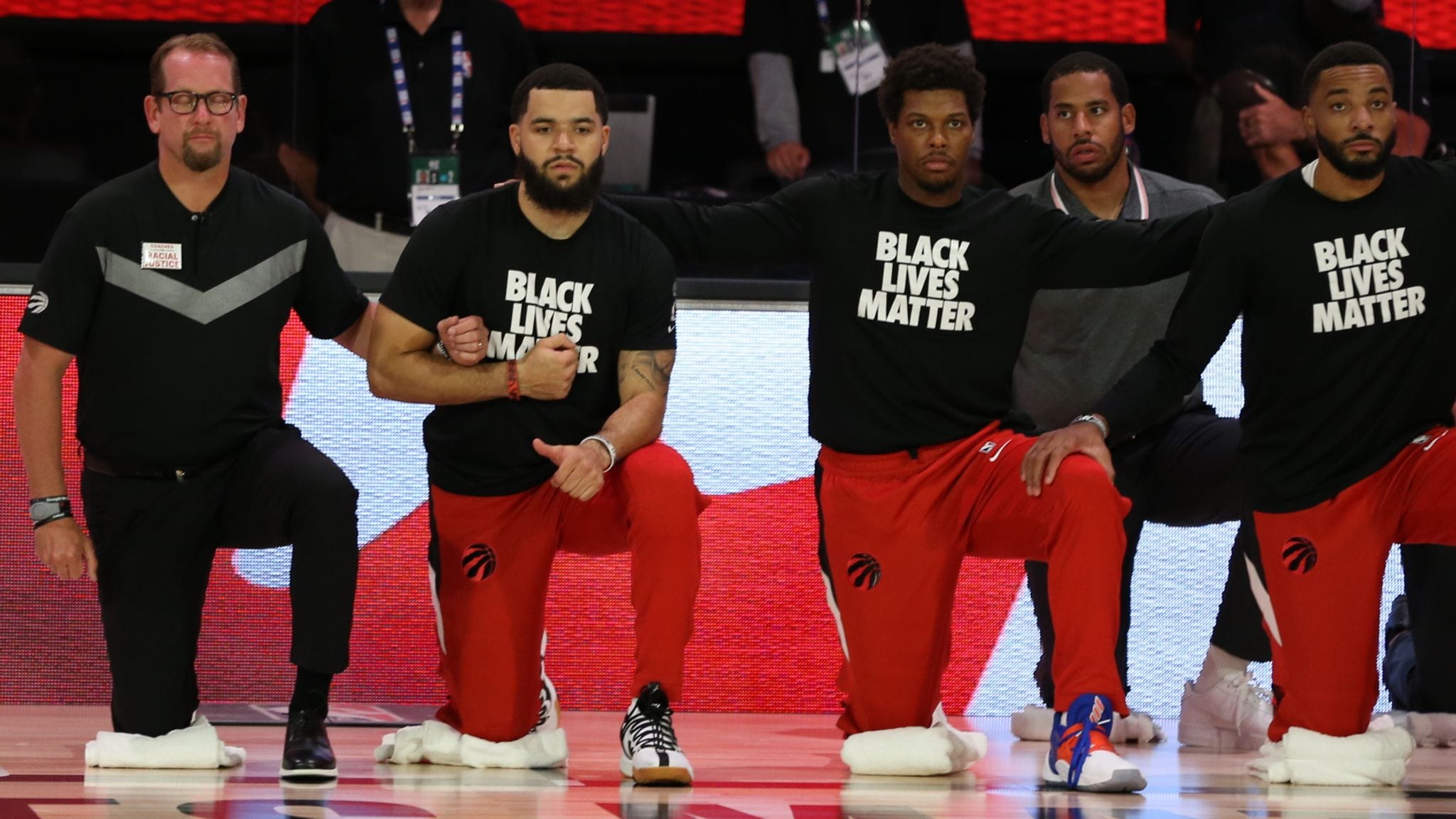 The Toronto Raptors are considering boycotting Game 1 against the Boston Celtics after another Black man was shot by police.

“Here we are again,” Toronto Raptors’ guard Fred VanVleet said in response to the shooting of Jacob Blake in Kenosha, Wisconsin. “We knew coming here or not coming here was not going to stop anything, but I think ultimately playing or not playing puts pressure on somebody.”

“Would it be nice if, in a perfect world, we all say we’re not playing, and the owner of the Milwaukee Bucks, — that’s going to trickle down. If he steps up to the plate and puts pressure on the district attorney’s office, and state’s attorney, and governors, and politicians there to make real change and get some justice.”

Blake was shot in the back by police as he tried to enter the driver’s side door of his SUV.

The officers were responding to a domestic disturbance.

“I know it’s not that simple. But, at the end of the day, if we’re gonna sit here and talk about making change, then at some point we’re gonna have to put our nuts on the line and actually put something up to lose, rather than just money or visibility,” said VanVleet.

The Celtics also met to consider their options.

“Obviously our thoughts go to Jacob Blake and his family,” said coach Brad Stevens. “That video was awful. And to think of three kids being in that car is like … that just makes you shaken, right? It’s ridiculous. …”

Many players were hesitant to join the restart for fear it would take away from their ability to address social justice and systemic racism issues.

In response to their concerns, the NBA has been at the forefront in sports of putting a spotlight on these issues.

But in light of this latest shooting, players may decide they need to do more.