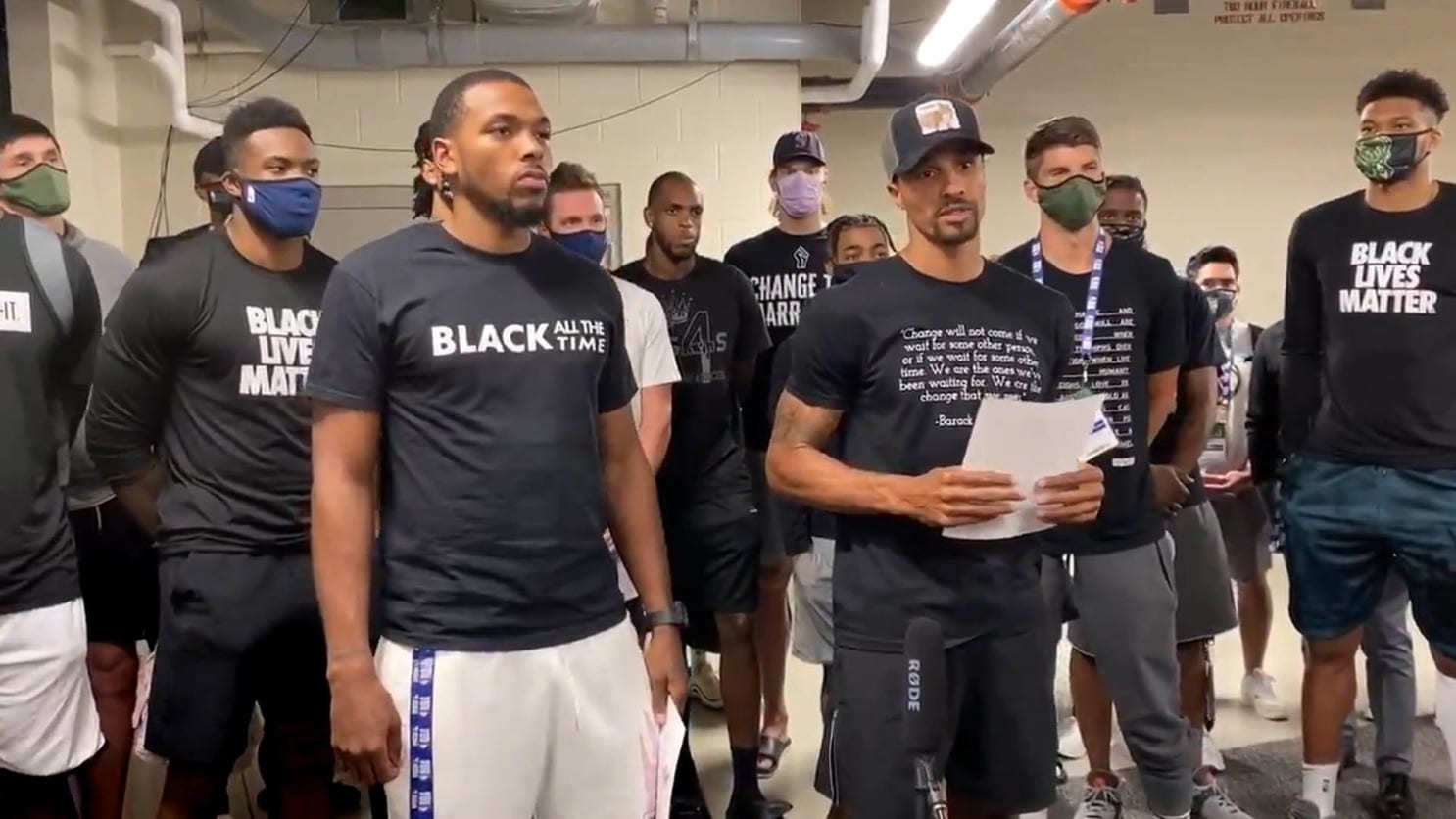 It was a call to action heard around the league when the Milwaukee Bucks refused to take the court for what could have been their series clincher against the Orlando Magic.

In response to the recent shooting of Jacob Blake, the Bucks and then the league decided to cancel all of Wednesday night’s games.

Milwaukee and Orlando, along with the Lakers and Trail Blazers and the Rockets and OKC Thunder, all had Game 5’s scheduled.

Milwaukee players called for “justice” for Blake and that they “demand the officers be held accountable.”

“The past four months have shed a light on the ongoing racial injustices facing our African American communities. Citizens around the country have used their voices and platforms to speak out against these wrongdoings,” they said in a statement.

“Despite the overwhelming plea for change, there has been no action, so our focus today cannot be on basketball.”

The players called on the Wisconsin Legislature to “reconvene after months of inaction and take up meaningful measures to address issues of police accountability, brutality, and criminal justice reform.”

In addition, they encouraged people to vote on November 3.

Shortly after the team’s announcement, three WNBA games, five Major League Soccer and three Major League Baseball games were called off in a show of solidarity.

“Given the pain in the communities of Wisconsin and beyond following the shooting of Jacob Blake, we respect the decisions of a number of players not to play tonight,” Major League Baseball said in a statement. “Major League Baseball remains united for change in our society and we will be allies in the fight to end racism and injustice.”

Support was widespread for the Bucks’ decision with former President Barak Obama weighing in and sharing a powerful statement from Clippers’ coach Doc Rivers.

I commend the players on the @Bucks for standing up for what they believe in, coaches like @DocRivers, and the @NBA and @WNBA for setting an example. It’s going to take all our institutions to stand up for our values. pic.twitter.com/rUGETgAt7P

Players met Wednesday evening to discuss the next step, but for now, all play is on hold.