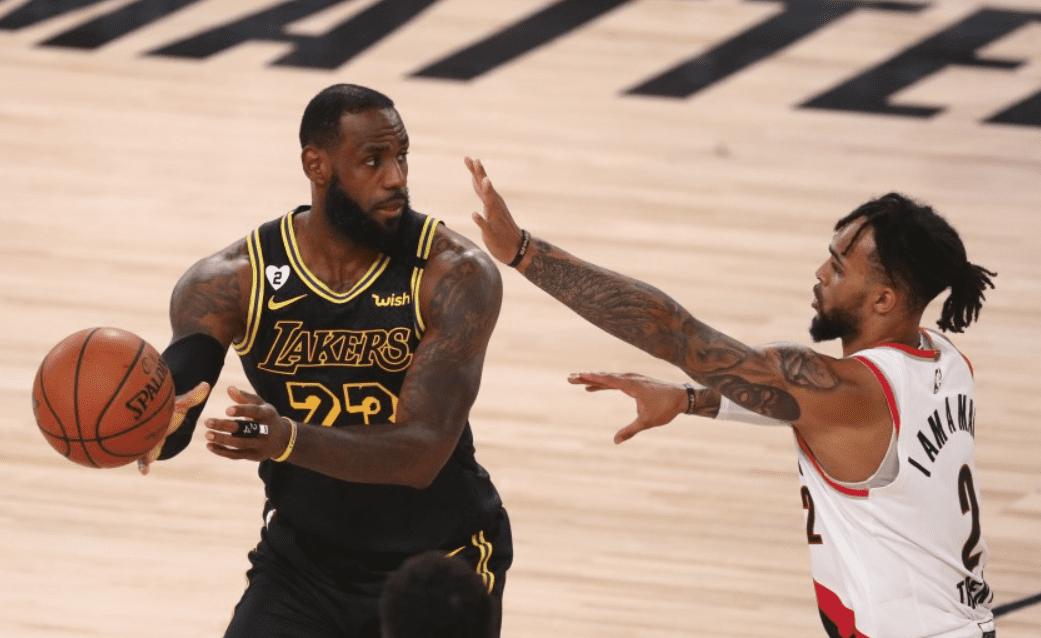 The Trail Blazers will need to pull off a Game Five victory without Damian Lillard if they want to survive in this season’s playoffs.

The star point guard has been ruled out of the game due to a knee injury, which means the likes of C.J. McCollum and Carmelo Anthony will need to step up.

Can Portland manage a minor miracle without Lillard or will LeBron and the Lakers reign supreme? Game Five Bet Hub predictions below 👇

Bet on Game 5 with BetMGM. Every bet, market and promo is now available, and legal, ONLINE! New to BetMGM? Your first bet is risk-free up to $500! If you lose, get it back in bonuses! Join here.

Playing for survival, you can guarantee the Trail Blazers are going to throw everything they can at the Lakers. Obviously, without Damian Lillard, it will be incredibly tough but if they can limit the impact of the red-hot LeBron James they should be in with a chance.

The spread is currently 13.5 points and our projections suggest Portland is a 56 percent chance to cover. They won Game One, pushed the Lakers all the way in Game Three and if they can do their best to replicate those efforts, even though they are missing Lillard, they should be able to stay within 13 points of a somewhat inconsistent Lakers team. Our top pick for the game is Trail Blazers at the spread.

The news of Lillard’s status for the game saw the Trail Blazers balloon out to +740 at the Moneyline. Although it would be a major shock to see them knock over the Lakers without their superstar, they are a better chance than those odds suggest.

According to our data, Portland has a 4.7 percent edge against the sportsbooks, making them the clear and smart value pick, despite only being rated a 16% chance of getting the W.

The last two games of the series have both seen at least 224 points and we expect that high-scoring trend to continue in this one. Even without Damian Lillard, the Trail Blazers have plenty of scoring options, with C.J. McCollum, Carmelo Anthony, Jusuf Nurkic and Gary Trent Jr. all more than capable of filling it up. The Lakers obviously have their weapons as well, LeBron James currently with the hot-hand.

The current over/under number is 222 points and our model suggests there is a 51 percent chance of this game going Over.

The pressure is now on the Portland supporting cast, who are going to have to step up and find something to fill the void that Damian Lillard will leave in Game Five. The Lakers are quite clearly in the box seat, but, facing elimination, the Trail Blazers should take it right up to the number one seed in what is likely to be a high-scoring game.

Dimers.com are a sports media and entertainment brand that aims to bring sports lovers together to understand, enjoy and excel at sports betting