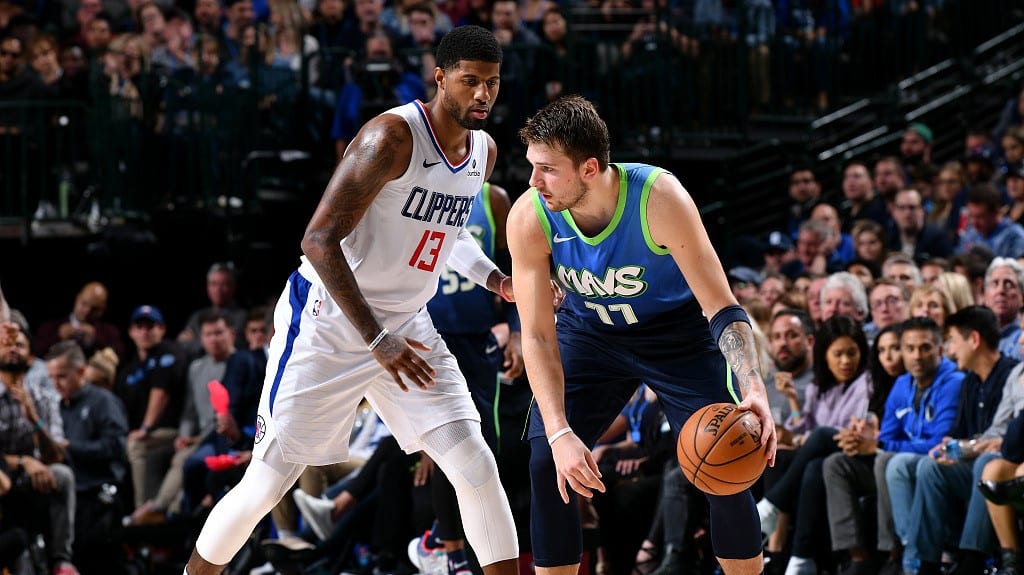 Luka Doncic tied the series of one of the best game-winners we’ve seen in a while.

Now it’s up to the Clippers, and the struggling Paul George, to return serve.

Kristaps Porzingis – Porzingis missed Game 4 with a knee injury, his status for Game 5 has yet to be determined at the time or writing this.

Paul George? – George isn’t officially listed as injured, but he’s been shooting terribly this series and was seen nursing his shoulder after previous games.

What a series this is turning out to be.

The Mavs are no ordinary 7-seed, with Luka Doncic capable of winning games off his own bat, as he showed with his remarkable 43/17/13 performance in Game 4 without Kristaps Porzingis.

Clippers vs Mavs pits two of the best defenders in the league against the best regular season offence in NBA history, statistically speaking.

At the other end of the floor, the Mavs know they can’t stop the Clippers from scoring  their defence has never been anything to write home about – so the only way they can beat LA is to keep piling on the points.

Stay tuned, because there are plenty more fireworks to come.

Odds accurate at time of publication on August 25.