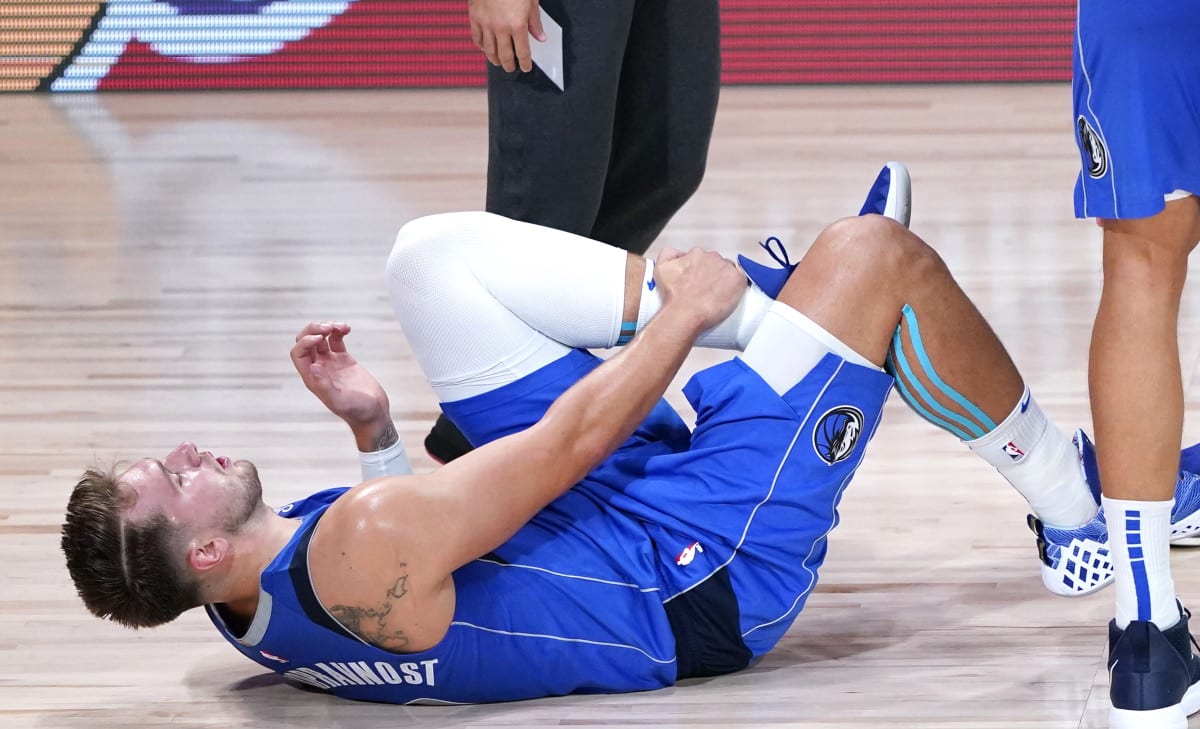 Dallas Mavericks star Luka Doncic is officially marked as questionable for Game 4 of the Mavericks’ first-round series against the LA Clippers.

Doncic left Game 3 in the fourth quarter after injuring his left ankle.

“I believe that this is going to be a game-time decision type of situation, but I can’t tell you the exact timing,” Carlisle said Saturday afternoon.

“He is not doing anything on the floor today. It’s treatment, and we’re trying to get him an MRI.”

Doncic was scheduled to get an MRI on Saturday morning, but a problem arose with the MRI machine that the team was attempting to resolve.

When he did get the MRI, it revealed “nothing alarming,” confirming his game-time decision.

Another source said Doncic was experiencing minor swelling on the ankle.

Doncic went down defending Kawhi Leonard on a drive to the basket with 3:58 left in the third quarter.

After being helped off, he was seen hopping back to the lockerroom in serious pain.

He got the ankle retaped and attempted to return in fourth, but was unable to be effective and left with 9:02 left on the clock.

Coach Carlisle also added that Doncic and Mavs director of player health and performance Casey Smith will have significant input on his Game 4 status.

“Honestly, I had luck it’s my left ankle. It’s not my right. It’s a little sprained. We’ll know more [Saturday].”

Doncic averaged 35.0 points, 7.5 rebounds, and 8.0 assists as the Mavs and Clippers split the first two games.

Doncic and the Mavericks will try to even the series at two a piece on Sunday.