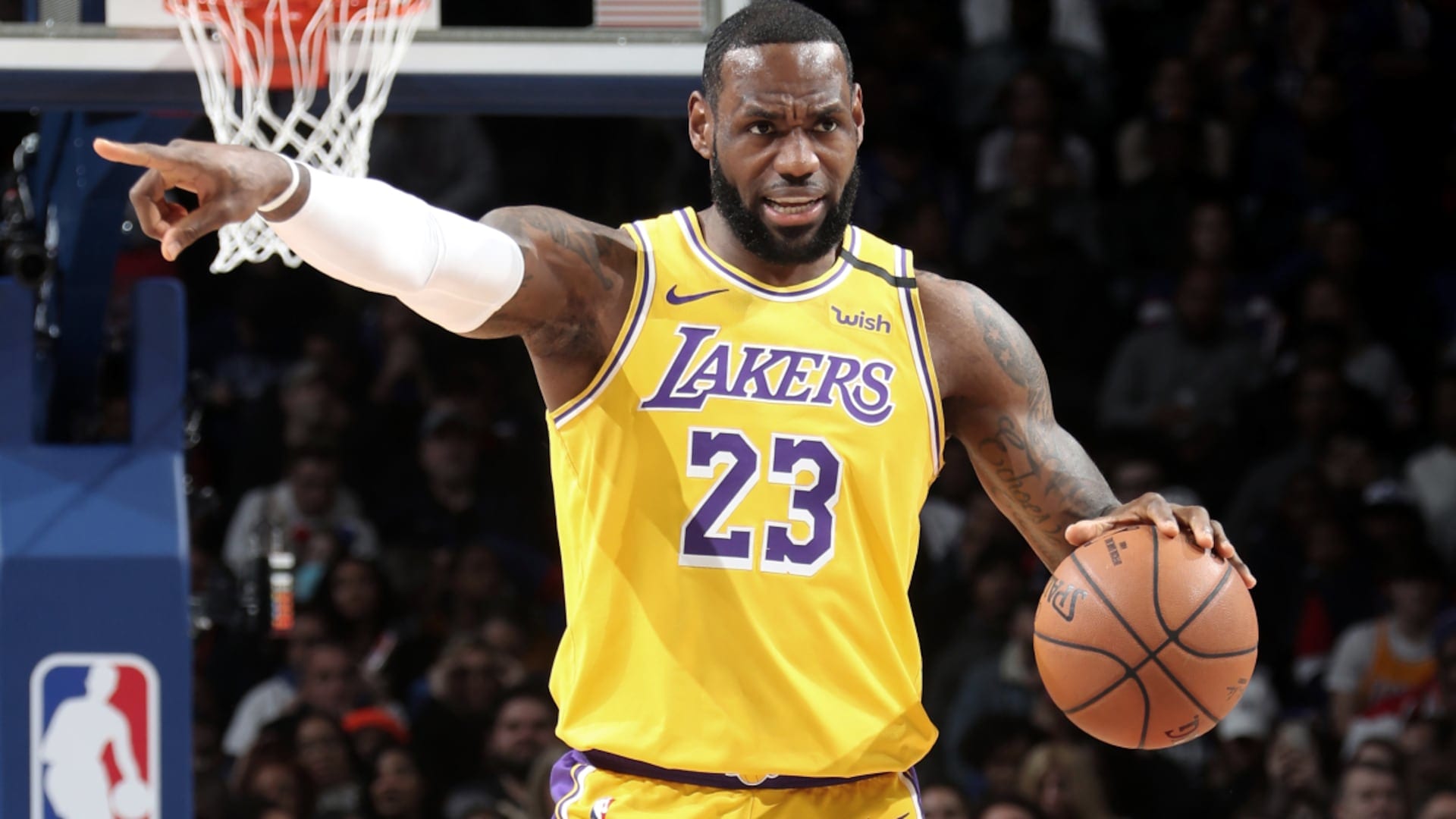 In addition to competing for a fourth NBA title, James says he will lend his support for candidates Joe Biden and Kamala Harris in this year’s presidential election.

When asked about this year’s presidential election, James said “for sure,” he would campaign for Biden and Harris.

Cari & Jemele are the only two people that can get Lebron on the phone right now.

“We are in a time where we need change,” James told Champion and Hill. “In order for change, it’s all about leadership, and leadership starts at the top.”

Campaigning is nothing new for James.

He supported Hilary Clinton’s in the 2016 election, and the 17-year veteran has been an active voice in numerous social justice and political issues.

“We’ve been lied to for so many years in the Black community,” said James. “Change starts at the very top when it comes to leadership, but it also is going to continue beyond November going into December and also into 2021.”

James is working with More Than A Vote, a coalition of Black athletes and artists fighting against voter suppression.

“More Than A Vote is not only about trying to get people in our community to actually go out and vote; it is also giving them the knowledge and the power and the mechanism to know that they can create change,” James told VICE.

Despite being knee-deep in the first round of the playoffs, James made time to speak to the duo.

“Cari and Jemele are the only ones that could get me on a phone call right now,” James said. “I got the playoffs on my TV, and it’s nothing but basketball going on in here. I am locked in.”

The Lakers and Portland meet for Game 3 of their series on Saturday.