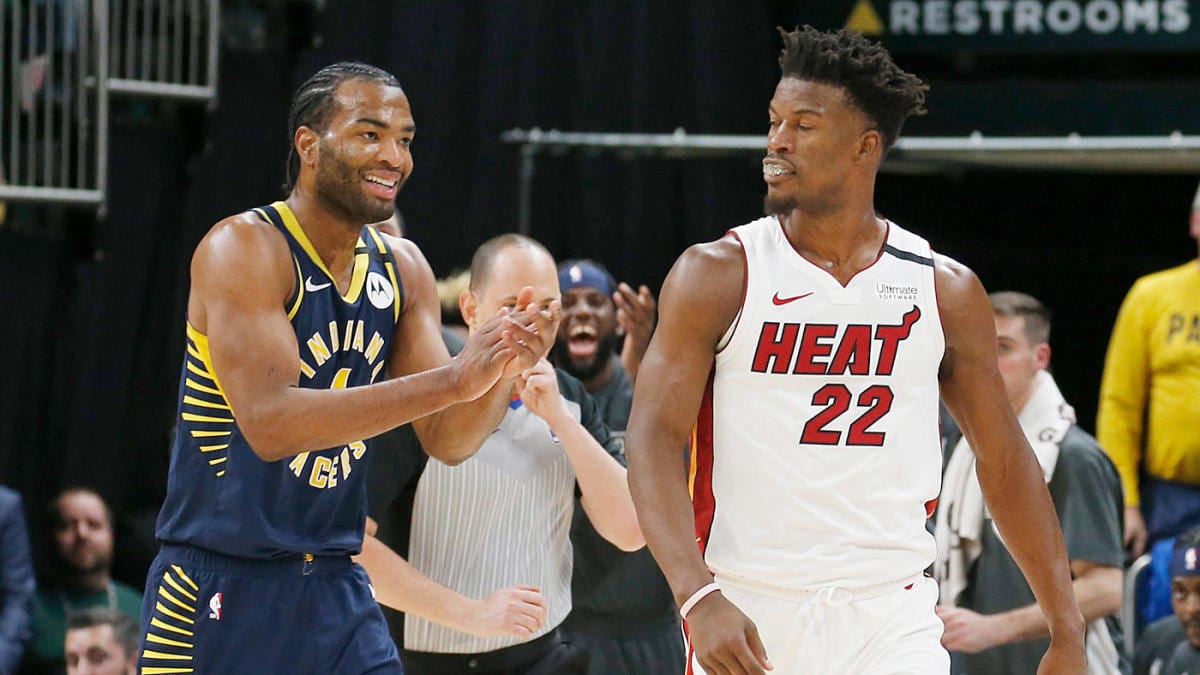 Jimmy Butler and the Miami Heat drew first blood against TJ Warren and the Indiana Pacers in Game 1. Can Indy return fire in Game 2?

The rivalry between Jimmy Butler and T.J. Warren has been red-hot ever since they got into it earlier this season.

It all started in January when Butler took exception to a cheap foul by Warren, resulting in a heated altercation and the two of them having to be separated.

A furious Butler then accused Warren of being “trash”, “soft”, and “not in his league”.

Now, they’re facing off in the first round of the playoffs too.

Even at the best of times, tempers tend to flare in the postseason as players get sick and tired of their opponents across a long series.

And considering tensions couldn’t have been higher before this series had even begun, there may well be some more fireworks to come.