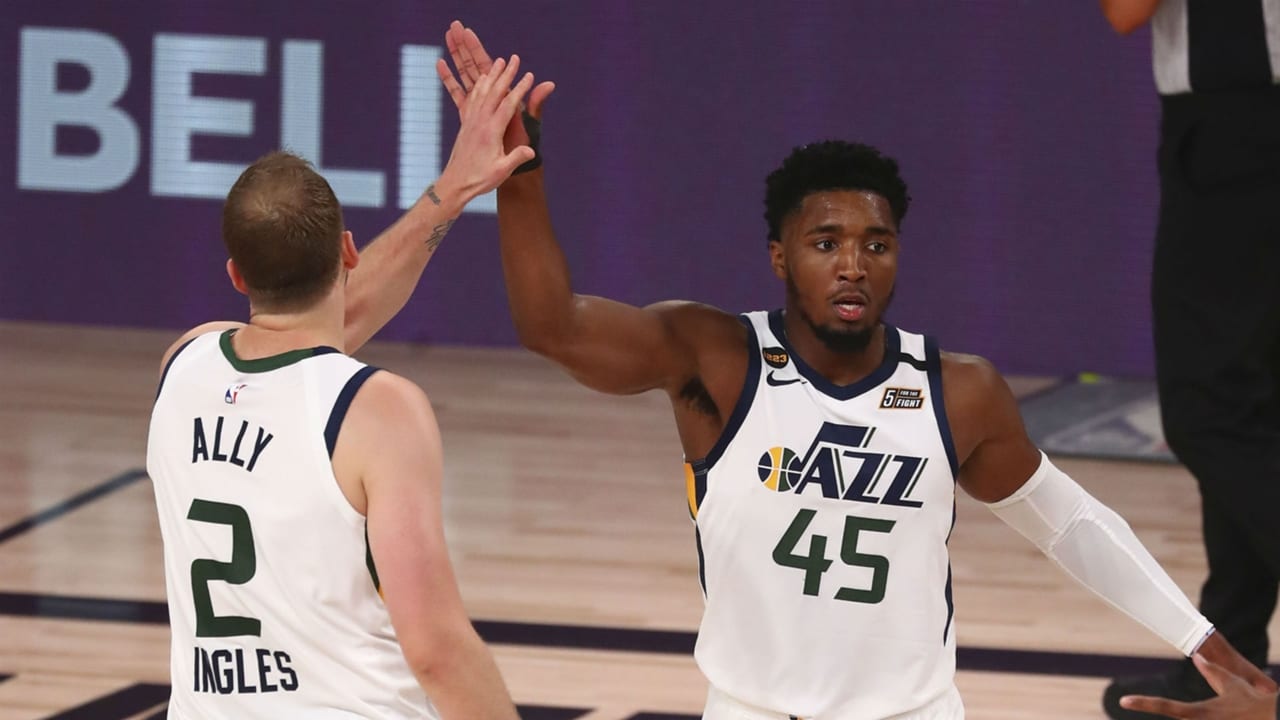 While Denver managed to keep Mitchell in check for a good part of the game, his patience paid off as he distributed the ball to his teammates until his time came.

His teammates responded to his passing fairly well.

“The biggest thing for me is reading the situation,” Mitchell said.

“My first years, I kind of saw the rim, being a scorer. I prided myself over the quarantine just how to become a play-maker. Find a way to get the team involved. It may not always be scoring. I think today, just trusted my teammates.

Mitchell scored 21 of his 30 points in a massive third quarter that saw the Jazz pull ahead and never look back as the lead got as high as 31 points.

In Game 1, Mitchell had an impressive 57 points, giving him a total of 87 points over the first two games of this series.

In Game 2 he was an efficient 10-of-14 with an added eight assists.

Jordon Clarkson was a huge benificiary from Mitchell’s court awareness, having himself a day with a personal playoff best 26 points on 9-of-18 shooting.

The Jazz as a team shot 51.7 percent from the floor, with 32 assists and making 20 three pointers.

“We stay locked in and communicated. That’s what we need the whole series,” Mitchell said.

“We all need the same energy and intesity.”

Denver Nuggets forward Torrey Craig was assigned on Mitchell and it worked early.

During the regular season, Craig was typically the guy to slow Mitchell down for the Nuggets defense.

But it was all over for Craig when Mitchell got hot in the third quarter, going 5-of-5 from the three point line and hitting all 4 of his free throw attempts.

Michael Porter Jr. and Nikola Jokic both had 28 points, with Jokic adding 11 rebounds on the day.

For Denver, the entire team will have to step up to help if they intend on getting out of this round.

In particular, Jamal Murray had a quiet day with only 14 points on 6-of-13 shooting after scroing 36 in the Game 1 win.

Joe Ingles hit four three pointers and ended with 18 points, Rudy Gobert went 7-of-10 for 19 points, and Juwan Morgan played well in place of Mike Conely, who could be available for Game 3.

Donovan Mitchell and the Utah Jazz will look for more success against the Denver Nuggets in Game 3 on Friday at 3:00 PM CT on TNT.