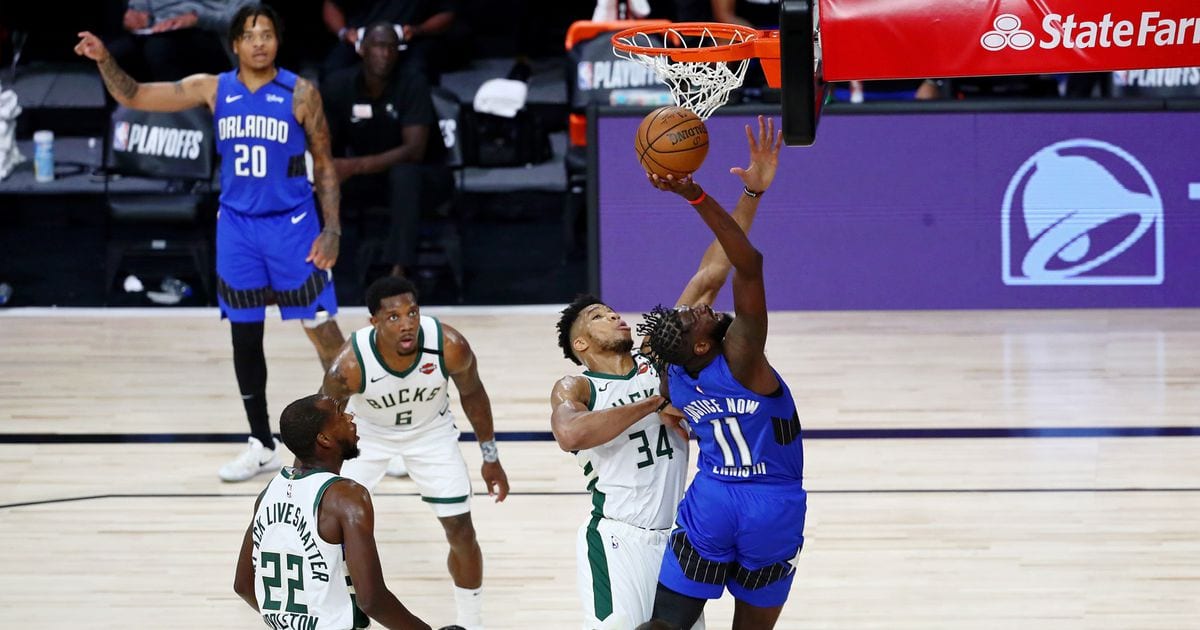 The Orlando Magic managed to pull out an impressive Game 1 upset of the No.1 seeded Milwaukee Bucks as the NBA Playoffs roll into day two.

While being heavy underdogs in this series, Magic head coach Steve Clifford was very optimistic going into Game 1.

The 122-110 Magic victory is tied for the third-largest playoff upset by point spread in the past 20 seasons.

The Bucks were 13.5-point favorites over Orlando at Caesars Sportsbook.

Of course, this is an Orlando Magic team that is missing Jonothan Issac and Michael Carter-Williams, along with Aaron Gordon who missed Game 1 with a strained left hamstring.

“In the NBA and especially this year, where there’s no home court, I don’t think any team is as organized as they normally would be, and guys arent’t as in rhythm,” Clifford said prior to tipoff.

“There’s going to be or there’s a good chance that there will be a couple of first-round upsets, and I think our guys have the right mentality: that if we play our best, we can make it hard on them and give themselves a chance, and it’s a great opportunity for us.”

On the Bucks side of things, the team came out very flat to begin the game.

The Magic at one point led by as many as 18 points, thanks to Nikola Vucevic going off for 35 points, 14 rebounds, and going 15-for-24 shooting without a free throw attempt.

Reigning MVP Giannis Antetokounmpo had a long day but still managed to get 31 points, 17 rebounds, and 7 assists.

Unfortunately for Antetokounmpo, he struggled with foul trouble getting called for five fouls.

The Bucks as a team only shot 43.3 percent from the field.

In the words of Bucks guard George Hill, “Everyone was too comfortable out there.”

This is the second straight year Orlando has upset a title contender in the first game.

Last playoffs, the Magic took Game 1 against the Toronto Raptors in Toronto before eventually losing the series in five.

Toronto went on to win the title.

“We believe we can win this series, but we have to take it one game at a time,” Clifford said.

“Tonight, the effort was good, but now we have to adjust and get ready for the next one.”